With the Trump administration recently raising the possibility of the novel coronavirus being released through negligence by a Chinese lab, and earlier conspiracy theories of the virus being lab-developed, we look at what the science actually says so far.

To date, scientists have found no evidence that SARS-CoV-2, the virus that causes the COVID-19 respiratory disease, was engineered in any way. In fact, recent findings by researchers at the Scripps Research Institute strongly indicate that the virus evolved naturally.

The Scripps scientists specifically looked at key features of the virus’ genome, including the spike proteins on its surface and compared them to features of previous coronaviruses known to cause severe illness such as SARS and MERS. If the novel coronavirus was engineered, it likely would have been built on the structure of these previous viruses, the scientists said.

However, they found SARS-CoV-2 differed from these coronaviruses in several ways; the main one being that the spike protein on SARS-CoV-2 is far more effective at binding to human cells than the protein spikes found in SARS.

“The genetic data irrefutably show that SARS-CoV-2 is not derived from any previously used virus backbone,” the researchers say in their March 2020 study. “Instead, we propose two scenarios that can plausibly explain the origin of SARS-CoV-2: (i) natural selection in an animal host before zoonotic transfer; and (ii) natural selection in humans following zoonotic transfer.”

More recent work from Worcester Polytechnic Institute confirms that the spike proteins in SARS-CoV-2 and SARS are quite different, though the viruses do have some parallels that could be helpful in developing a vaccine for the new virus.

Evidence that SARS-CoV-2 came from Wuhan 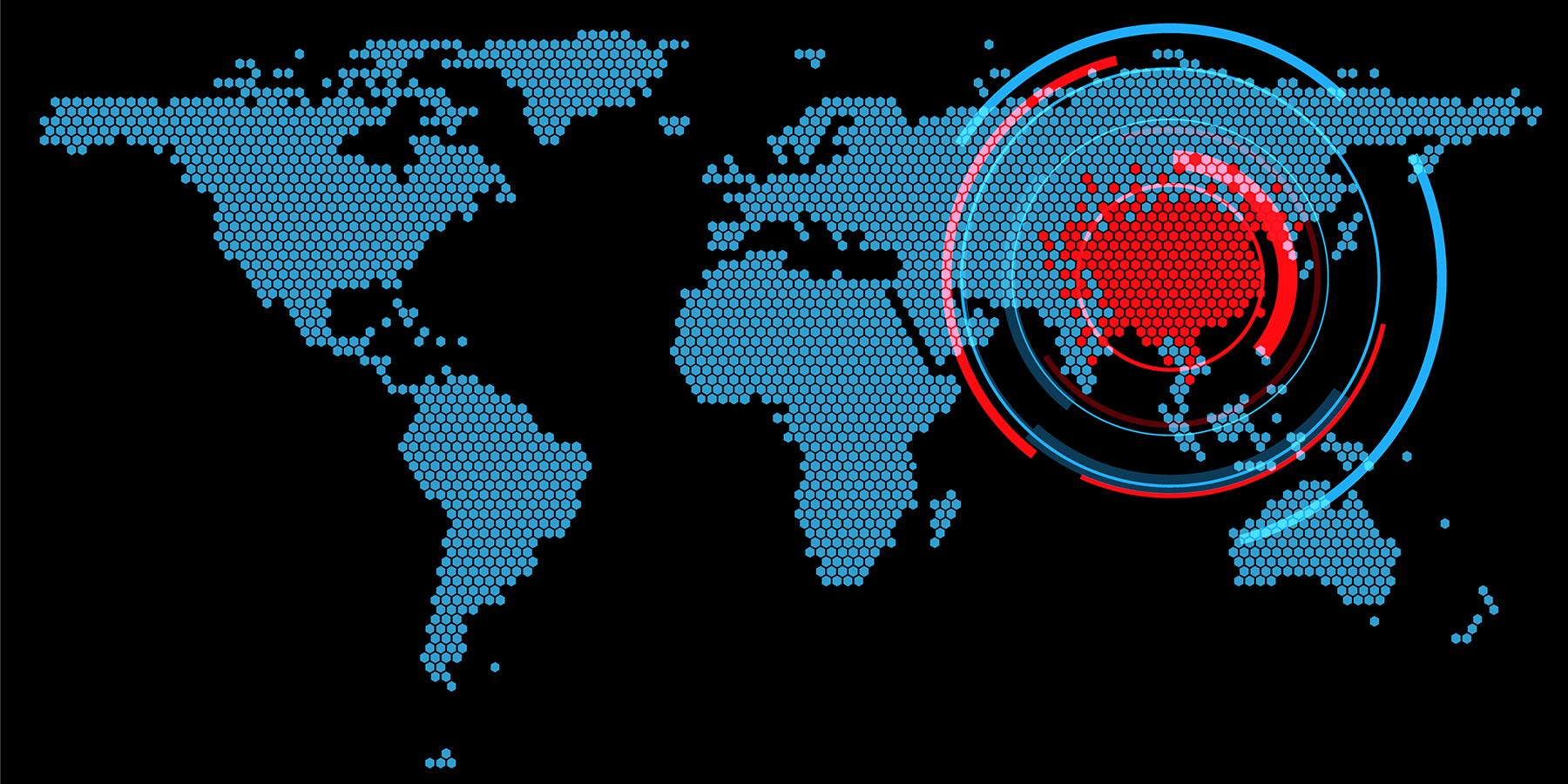 According to recent studies, the majority of early cases of COVID-19 can be traced to the Huanan seafood market in Wuhan, making it the likely point of origin.
iStock

The most widely-accepted theory is that SARS-CoV-2 emerged from an animal market in the Chinese city of Wuhan. As the Scripps and other studies state, the majority of early cases of COVID-19 can be traced to the Huanan seafood market in Wuhan, making it the likely point of origin.

In recently published research from scientists in the UK and Germany, researchers used phylogenetic network analysis to examine 160 complete human SARS-CoV-2 genomes. While phylogenetic network analysis is not commonly used in virology, the researchers state that since the same viral mutations can occur in two different human hosts, “this makes character-based phylogenetic networks the method of choice for reconstructing their evolutionary paths and their ancestral genome in the human host.” They found three main versions of the SARS-CoV-2 virus, revealed by amino acid changes, that they named A, B, and C.

Version A is the “ancestral” virus as it mostly closely resembles the bat coronavirus, the scientists say, adding that they found versions A and C to be most common among COVID-19 patients from the US and Europe, while B is most common in East Asia.

The study provides important insights of how the virus first spread to countries outside of China and suggests Wuhan as the likely geographical origin of SARS-CoV-2, as most early cases in other countries were connected to travel to the city. However, some researchers point out there is still a lot of uncertainty relating to how the virus came to be, due to the fact that animal viruses are circulating all the time and keeping track of them is difficult.

Stephen Turner, microbiology head at Australia’s Monash University told The Guardian that the only certain fact science shows so far is that the virus came from bats.

“I don’t think it’s conclusive by any means” that the virus came from the Huanan market in Wuhan, Turner said to The Guardian. “Part of the problem is that the information is only as good as the surveillance” of viruses.

SARS-CoV-2’s genetic similarity to bat coronaviruses suggests that animal is the origin of the human version, though the evidence currently available indicates there was an intermediary animal that spread the virus from bats to humans.

The Weizmann scientists’ work organizing such COVID-19 study data could be useful in not only figuring out the virus’ family tree, but helping other researchers develop ways to stop it.

While there are still some unknowns as to where exactly the new coronavirus came from, none of the current science suggests that it was man-made. As more research is done, we will likely gain a clearer picture of how the novel coronavirus came to be, what it’s made of, and how that information can be used to develop treatments and cures and best prevent its spread.