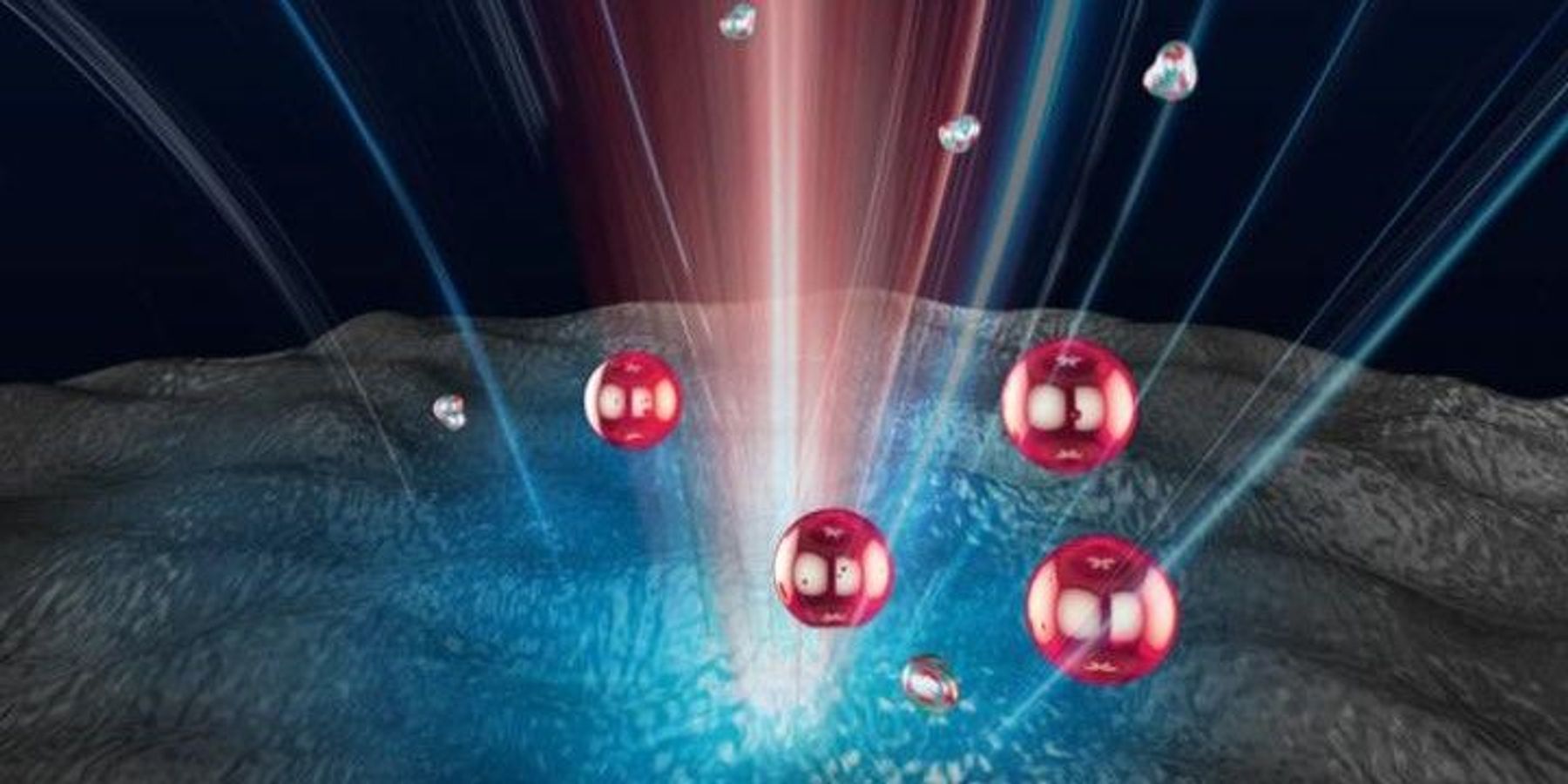 Optical tweezers use light to trap particles for analysis. A new breakthrough keeps those particles from overheating.
The University of Texas at Austin

Three years ago, Arthur Ashkin won the Nobel Prize for inventing optical tweezers, which use light in the form of a high-powered laser beam to capture and manipulate particles. Despite being created decades ago, optical tweezers still lead to major breakthroughs and are widely used today to study biological systems.

However, optical tweezers do have flaws. The prolonged interaction with the laser beam can alter molecules and particles or damage them with excessive heat.

Researchers at The University of Texas at Austin have created a new version of optical tweezer technology that fixes this problem, a development that could open the already highly regarded tools to new types of research and simplify processes for using them today.

The breakthrough that avoids this problem of overheating comes out of a combination of two concepts: the use of a substrate composed of materials that are cooled when a light is shined on them (in this case, a laser); and a concept called thermophoresis, a phenomenon in which mobile particles will commonly gravitate toward a cooler environment.

The cooler materials attract particles, making them easier to isolate, while also protecting them from overheating. By solving the heat problem, optical tweezers could become more widely used to study biomolecules, DNA, diseases, and more.

"Optical tweezers have many advantages, but they are limited because whenever the light captures objects, they heat up," said Yuebing Zheng, the corresponding author of a new paper published in Science Advances and an associate professor in the Walker Department of Mechanical Engineering. "Our tool addresses this critical challenge; instead of heating the trapped objects, we have them controlled at a lower temperature."

Optical tweezers do the same thing as regular tweezers—pick up small objects and manipulate them. However, optical tweezers work at a much smaller scale and use light to capture and move objects.

Analyzing DNA is a common use of optical tweezers. But doing so requires attaching nano-sized glass beads to the particles. Then to move the particles, the laser is shined on the beads, not the particles themselves, because the DNA would be damaged by the heating effect of the light.

"When you are forced to add more steps to the process, you increase uncertainty because now you have introduced something else into the biological system that may impact it," Zheng said.

This new and improved version of optical tweezers eliminates these extra steps.

The team's next steps include developing autonomous control systems, making them easier for people without specialized training to use and extending the tweezers' capabilities to handle biological fluids such as blood and urine. And they are working to commercialize the discovery.

Zheng and his team have much variety in their research, but it all centers on light and how it interacts with materials. Because of this focus on light, he has closely followed, and used, optical tweezers in his research. The researchers were familiar with thermophoresis and hoped they could trigger it with cooler materials, which would actually draw particles to the laser to simplify analysis.