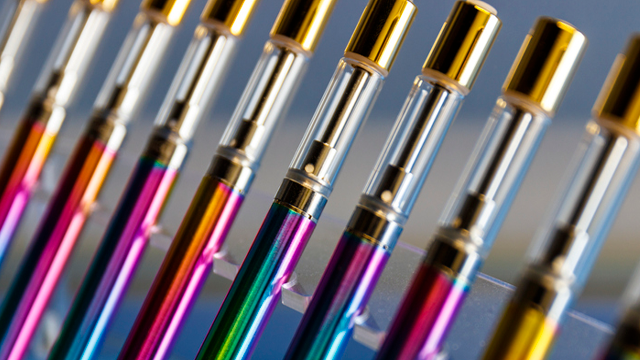 As the cannabis industry turns a corner into legality, a wellspring of evidence shows that vaping—initially considered a healthy method for consuming cannabis—might present more danger to consumers than once thought. In 2019, contaminated vaporizer pens from black-market producers sickened thousands of users and killed several dozen, and research published in the American Journal of Preventive Medicine reported that the tobacco vaporizers on the market today are just as damaging as cigarettes. Consumers are left questioning whether they should vape at all. Now, cannabis industry experts predict a second vaporizer crisis with injuries that will manifest differently than those of the first.

In the first vaporizer crisis, which began in August, doctors reported thousands of cases of what the Center for Disease Control came to call “e-cigarette, or vaping, product use-associated lung injury” (EVALI). A thickening agent in the vaporizer oils—vitamin E acetate—caused nausea, shortness of breath, and changes to lung tissue. Yet vitamin E is just one cause of vaporizer dangers.

Other vaporizer contaminants, which experts predict will precipitate the next crisis, include plastic residues in the oil cartridges, pesticides from bad plant material, and equipment that contains heavy metals. The long-term effects of these lesser-known contaminants will be harder to link to vaping than vitamin E, yet they may be more pervasive.

“The next vaporizer crisis will come from bad equipment and bad extraction practices, and it could be worse than the first,” says Elliot Kremerman, a designer of cannabis-extraction equipment and owner of Summit Research. Kremerman explains that inadequate processing equipment may leave heavy metals, such as chromium, in cannabis oil products like vaporizer pens. In particular, materials from overseas manufacturers endanger consumers.

Poor-quality equipment and bad vaporizer pens can cause a condition called hard-metal lung disease, a condition that changes the cellular structure of lung tissue. Heavy metals—cadmium, cobalt, and chromium, among others—damage the airways of the lungs by enlarging the cells. Patients experience coughing, wheezing, and shortness of breath. The damage is usually permanent.

“Off-shore companies use lower-quality stainless steel for the extraction vessels, and it’s slightly ferrous,” says Kremerman. “When you deal with chemicals like pentane or acetone, you can strip those heavy metals off the surface and that’s how you get chromium in your oil.”

The legal cannabis industry has seen a dramatic swing away from counterculture toward corporatism. So, it comes as no surprise that more cannabis companies are turning to pharmaceutical practices and laboratory-grade equipment to solve the oil safety problems. Established companies are entering the cannabis market to help. 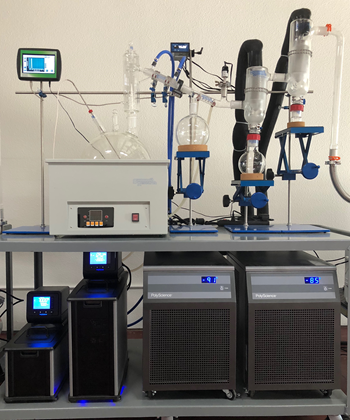 Despite all the bad news related to vaporizing oil, cannabis extracts remain an important product and consumer demand for craft-quality oil remains high. Vaporizing pure oil remains a potentially safer alternative to smoking, so it’s important for licensed producers to meet the demand. Otherwise, eager consumers will satisfy their own needs with a technique called “open blasting.” In the open-blasting process, liquid butane pulls the THC oil from dried plant material which is packed into a plastic pipe. The butane covers the processor’s hands and surrounding area while explosive vapors fill the workspace, which is often a house or apartment. The vapors can easily ignite when exposed to an open flame or an electrical spark. Since 2014, the US Drug Enforcement Agency has attributed 19 deaths to amateur cannabis extraction, in California alone. Now, because of cannabis legalization, producers use more sophisticated equipment to ensure extraction practices are as safe as other pharmaceutical processes.

Though the dangers of vaporizing are obvious, preventing future injuries proves difficult for several reasons. Because cannabis is federally illegal, state regulators struggle to ensure products are safe. In municipalities with legal cannabis sales, local regulators are responsible for tasks that are better performed by the Food and Drug Administration (FDA)—tasks such as random product testing and recalls. Without a unified system for oversight, protecting consumers from adulterated products can be tough.

While most states require engineering inspections of extraction systems, those inspections do not prevent long-term contamination issues. Third-party engineers ensure equipment is safe for the operating technicians, but their inspections don’t protect consumers. Many states test cannabis products for contaminants like pesticides, but some don’t, and few states are testing for chromium. So, in the absence of federal support, the cannabis industry must work with state lawmakers to protect consumers on their own. Design companies who follow best practices, like Summit, are assembling processing systems that incorporate laboratory-quality equipment from established companies.

Do cannabis vaporizers have a future?

Vaporizing is still considered by many as a healthier alternative to smoking, if the vaporizer oil is free from contaminants and consumed with a quality vaporizer device. In practice, however, if cannabis consumers are going to realize the promises of vaporizing, manufacturers will need to act more responsibly. With half of the country still operating in the black market, sudden industry-wide ethics don’t seem likely. For now, the best advice the FDA has for consumers is to abstain from vaping THC products, especially those purchased illegally.

“Ultimately, cannabis patients deserve the same quality as everyone else,” says Preston. “They shouldn’t have to worry about what’s in their medicine, and they won’t have to if proper safety controls are put in place.” 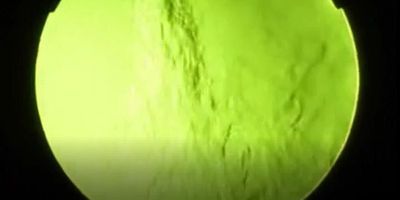