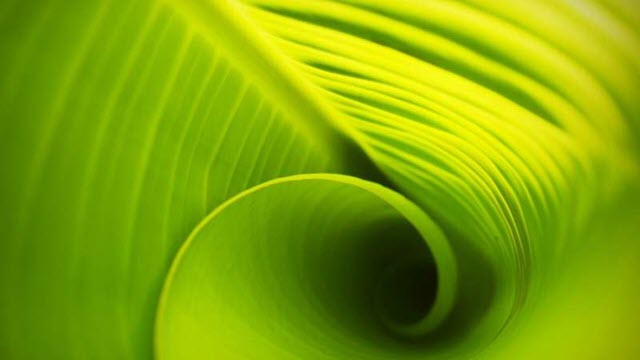 Researchers from The University of Queensland (UQ) and the University of Münster (WWU) have purified and visualized the "Cyclic Electron Flow" (CEF) supercomplex, a critical part of the photosynthetic machinery in all plants, in a discovery that could help guide the development of next-generation solar biotechnologies.

The findings, made in collaboration with an international team of scientists from the Universities of Basel, Okayama and New South Wales, have been published in the Proceedings of the National Academies of Sciences and provide new insights into the process of photosynthesis at the molecular level.

"By the year 2050, we will need 50 percent more fuel, 70 percent more food, and 50 percent more clean water. Technologies based on photosynthetic microalgae have the potential to play an important role in meeting these needs," says professor Ben Hankamer who is based at UQ's Institute for Molecular Bioscience and directs the Centre for Solar Biotechnology. Solar powered microalgae-based biotechnologies will be advanced through a better understanding of how these organisms capture and store solar energy at the molecular level.

Over three billion years, plants, algae, and blue-green bacteria have evolved elaborate nano-machinery that enables them to perform photosynthesis, in which solar energy is captured and stored in the form of chemical energy.

This chemical energy takes the form of the molecules ATP and NADPH, which are essential for a vast number of cellular processes.

"ATP and NADPH enable photosynthetic organisms to grow, and as they grow, they produce atmospheric oxygen as well as foods and fuels that support life on Earth," says professor Hippler, based at WWU´s Institute for Plant Biology and Biotechnology.

Photosynthesis runs in two modes: linear electron flow (LEF) and cyclic electron flow (CEF). To work efficiently under constantly changing light conditions, a photosynthetic organism must balance the light that it absorbs with the energy, ATP and NADPH that it needs. It does this by continuously fine-tuning the levels of these two modes in relation to one another.

"Biochemical evidence had been reported that a large macromolecular assembly called the cyclic electron flow (CEF) supercomplex plays a critical role in this fine-tuning process. However, due to its dynamic nature it was difficult to purify this supercomplex for structure determination," says professor Hankamer.

To address this, the team used sophisticated methods to purify and characterise the CEF supercomplex from micro-algae, and then analyzed its structure using electron microscopy.

The researchers painstakingly imaged about half a million protein complexes extracted from microalgae in search for the supercomplex. Only about 1,000 of these turned out to be the CEF supercomplex.

Structural analysis revealed how the light harvesting complexes, photosystem I and cytochrome b6f components assemble into the CEF supercomplex and how their arrangement enables them to dynamically connect and disconnect to perform different functions that allow the organism to adapt to varying light conditions and energy requirements.

This information, coupled with additional experimental evidence, enabled the researchers to propose a new hypothesis for how the CEF supercomplex works.

"The CEF supercomplex is an excellent example of an evolutionarily highly conserved structure," says Hippler, explaining that it appears to be conserved across many plants and algae and likely hasn't changed significantly in millions of years.

"The work is central to the efforts of the Centre for Solar Biotechnology to develop next generation solar biotechnologies and industries," Hankamer explains.

The Centre has expanded to include 30 international teams across Europe, Asia, the US, Australia, and New Zealand, and is dedicated to developing next generation solar driven biotechnologies based on photosynthetic green algae.

"To achieve these aims, we need to understand how the photosynthetic processes work at the molecular level," he says.

This new information will help guide the design of next generation solar capture technologies based on micro-algae and a wide range of solar driven biotechnologies and industries for the production of high value products, food, fuel and clean water. The extraction of CO2 from the atmosphere and its utilisation and storage are also exciting areas as the international community develops solutions to combat climate change.