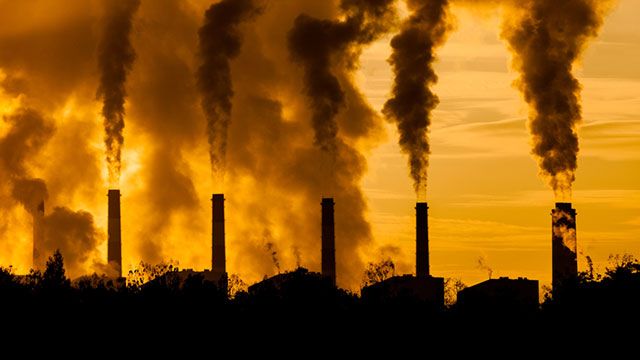 Exposure to air pollution early in a pregnancy could increase risk for preterm birth and low birth weight, according to a study led by researchers at NYU School of Medicine, and published on July 27 in Environmental Health Perspectives.

The study, conducted in mice, found that exposure to air pollution during the equivalent of the first or second trimester in humans was linked to more negative birth outcomes than exposure later in pregnancy.

Researchers studied the effects of fine particulate air pollution, which is made up of particles less than one ten-thousandth of an inch in diameter, or PM2.5. Inhalable and almost invisible to the eye, this type of pollution comes from car exhaust, coal-fired power plants, and other industrial processes. PM2.5 exposure has previously been linked to risk for asthma and heart disease.

According to the U.S. Centers for Disease Control and Prevention, preterm birth and low birth weight increase risk for vision and hearing problems, learning problems, and even death.

Using PM2.5 levels comparable to those found in highly polluted urban environments, researchers examined obstetric outcomes based on exposures during different stages of pregnancy in mice. The findings, according to the study’s authors, could have implications both for physicians as they advise women during pregnancy, as well as for air pollution policy.

“This first study of this problem in mice adds to the growing body of evidence that inhalation of particulate matter from implantation through the second trimester of pregnancy is potentially dangerous,” says lead author and investigator Jason Blum, PhD, MS, assistant professor in the Department of Environmental Medicine at NYU School of Medicine.

Past studies had linked high levels particulate matter exposure to low birth weight, but impact of the timing of maternal exposure on birth weight had been debated. The new findings suggest that exposure during the first two trimesters has the greatest affect, say the study authors.

In the study, pregnant mice were randomly assigned to one of two groups—one exposed to filtered air and a second to concentrated PM2.5. The mice exposed to particles were also randomly assigned for exposure during one of four gestational periods designed to mirror the stages of human pregnancy: period 1 (0.5 to 5.5 days); period 2 (6.5 to 14.5 days); period 3 (14.5 to 16.5 days); or period 4 (0.5 to 16.5 days).

Researchers measured the duration of pregnancy and birth weight of the offspring to identify the effects of concentrated PM2.5 over the time periods. Their results show that exposure to air pollution during period 1 resulted in preterm birth for about 83 percent of exposed mouse litters. Similarly, exposure to PM2.5 from conception to the end of the second trimester—periods 1, 2, and 3—resulted in an 11.4 percent decrease in birth weight for 50 percent of the litters.

“These findings could lead physicians to advise women to avoid high pollution areas or use air filtration systems during the early stages of pregnancy,” says senior study author Judith Zelikoff, PhD, a professor in the Department of Environmental Medicine at NYU School of Medicine. “With preterm birth and low birth weight having such serious health consequences, the need for further research in this area is greater than ever.”

Funding support for the study, which took two years to complete, was provided by the March of Dimes grant 21-F12-13 and the NYU NIEHS Center grant ES000260.  Besides Drs. Blum and Zelikoff, other NYU School of Medicine researchers involved in this study were Lung-Chi Chen, PhD, and lab technicians Carol Hoffman-Budde and Mianhua Zhong.