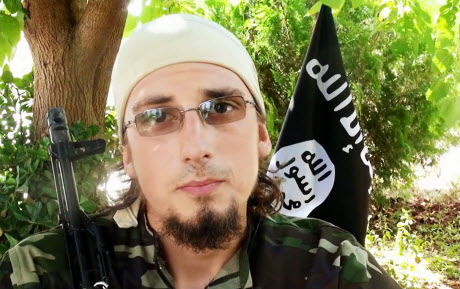 Robert Pape, professor of political science, and Jean Decety, the Irving B. Harris Distinguished Service Professor in Psychology and Psychiatry, will lead the Social and Neurological Construction of Martyrdom Project. The Department of Defense has funded the project for $3.4 million over the next five years, with the hope that the results may be powerful tools in preventing future recruitment by these types of extremist organizations.

A New York Times article recently reported that nearly 30,000 foreign recruits from more than 100 countries have flocked to Syria and Iraq since 2011 to fight for the Islamic State—a figure that has doubled in the past 12 months.

Video can be a powerful tool of persuasion for extremist groups, Pape pointed out. “Martyr videos,” which document suicide bombers’ last testaments, have been used to inspire new recruits to turn violent. In the past decade, social networks have allowed videos to be distributed quickly across the globe.

“In the past, we have collected many recruitment videos and martyr testimonies, and surveyed various groups around the world to gauge audience reaction and figure out what makes the videos appeal and what don’t,” said Pape, director of the Chicago Project on Security and Terrorism. “Until now, there has not been a method to study whether it is a message’s intellectual content or emotional impact that resonates with a viewer.”

He and Decety will incorporate an innovative non-survey method to complement the existing methodologies. By using fMRI technology to detect patterns of brain activity of young survey participants who are shown propaganda videos, Decety said “neuroscientists can see what areas of the brain ‘light up’ when specific messages are heard and uncover exactly what is happening in the brain when an individual is persuaded to change their beliefs, when combined with appropriate psychological testing.”

The approach will enable the scientists to obtain objective, independent and accurate information about the ways to which the brain is reacting. “In combination with psychological dispositions, the methodology will enable us to predict whether violent extremist organization appeals will resonate with and influence the receiver,” added Decety, who directs UChicago’s Brain Research Imaging Center.

The current study is an outgrowth of ongoing research on suicide terrorism conducted by CPOST. As part of that research, Pape and his team have compiled large collections of propaganda videos from a number of extremist groups, including the Sept. 11 hijackers, the July 2005 suicide bombers in London, and numerous suicide attackers from Palestinian groups in Iraq and Lebanon.

“The project will enable us to create a whole new pool of knowledge and powerful tools in preventing future recruitment by extremist organizations,” said Decety. “As this new information goes forward, it could influence policy decisions that will impact national security.” 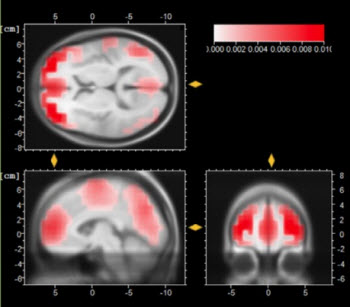 Prof. Jean Decety and his team will use functional magnetic resonance imaging to investigate how the brain responds when subjects hear specific martyrdom messages from extremist organizations.Courtesy of Prof. Jean DecetyIn the first phase of his new research, Pape said the UChicago team will analyze the content of videos produced by a wide range of violent extremist organizations, and conduct a comparative study of martyrdom cultures across all groups. The second phase will use functional magnetic resonance imaging, or fMRI, to investigate the neural pathways through which martyrdom appeals evoke sympathy or just the opposite in viewers.

Two additional phases will extend the neurological investigation to potential martyr recruits in conflict. Upon completion, UChicago political and neuroscientists will develop a detailed analysis of violent extremist organizations’ communication strategies and a breakdown by region and campaign. The final report also will include a set of indicators that can predict a population’s susceptibility to persuasive videos distributed by ISIS and similar groups.

Pape considers it a unique approach to bring together political scientists, neuroscientists and psychologists on such a project. “Over the last 15 years, we’ve had a tremendous rise of research in terrorism and insurgency,” said Pape. “At the same time, we’ve had a tremendous rise in using neurological tools and techniques like fMRI scans to better understand psychological processes, but we’ve never had these two streams of research married together to work hand in hand before.”

Decety hopes the project will encourage others to marry neuroscience, psychology and politics in other ways. “We are hoping that we can use this study as a platform to build more quality political neuroscience and to see how neuroscience can inform political theories of attitude change, of opinions,” he said.

The study also has the potential to open new fields of study for political science by virtue of its methodology. “What is beautiful about this project is the way in which it combines methodologies—qualitative and quantitative, socio-political analysis and cognitive neuroscience—to open a new approach in the field of terrorism research,” said David Nirenberg, dean of the Division of the Social Sciences, who thinks this project may be the birth of a whole new school of thought at UChicago. “This is the type of collaboration out of which so many ‘Chicago Schools’ of social science have been born, and I’m excited to see what this one will produce.”

—Article includes information that first appeared on the Division of Social Sciences website.