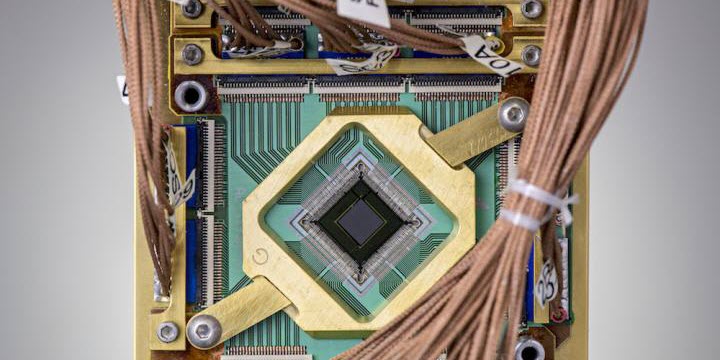 The researchers embedded a programmable model into a D-Wave quantum computer chip.
D-Wave

A multi-institutional team became the first to generate accurate results from materials science simulations on a quantum computer that can be verified with neutron scattering experiments and other practical techniques.

Researchers from the Department of Energy's Oak Ridge National Laboratory; the University of Tennessee (UT), Knoxville; Purdue University and D-Wave Systems harnessed the power of quantum annealing, a form of quantum computing, by embedding an existing model into a quantum computer.

Characterizing materials has long been a hallmark of classical supercomputers, which encode information using a binary system of bits that are each assigned a value of either 0 or 1. But quantum computers—in this case, D-Wave's 2000Q—rely on qubits, which can be valued at 0, 1 or both simultaneously because of a quantum mechanical capability known as superposition.

"The underlying method behind solving materials science problems on quantum computers had already been developed, but it was all theoretical," said Paul Kairys, a student at UT Knoxville's Bredesen Center for Interdisciplinary Research and Graduate Education who led ORNL's contributions to the project. "We developed new solutions to enable materials simulations on real-world quantum devices."

This unique approach proved that quantum resources are capable of studying the magnetic structure and properties of these materials, which could lead to a better understanding of spin liquids, spin ices and other novel phases of matter useful for data storage and spintronics applications. The researchers published the results of their simulations—which matched theoretical predictions and strongly resembled experimental data—in PRX Quantum.

Eventually, the power and robustness of quantum computers could enable these systems to outperform their classical counterparts in terms of both accuracy and complexity, providing precise answers to materials science questions instead of approximations. However, quantum hardware limitations previously made such studies difficult or impossible to complete.

To overcome these limitations, the researchers programmed various parameters into the Shastry-Sutherland Ising model. Because it shares striking similarities with the rare earth tetraborides, a class of magnetic materials, subsequent simulations using this model could provide substantial insights into the behavior of these tangible substances.

"We are encouraged that the novel quantum annealing platform can directly help us understand materials with complicated magnetic phases, even those that have multiple defects," said co-corresponding author Arnab Banerjee, an assistant professor at Purdue. "This capability will help us make sense of real material data from a variety of neutron scattering, magnetic susceptibility and heat capacity experiments, which can be very difficult otherwise." 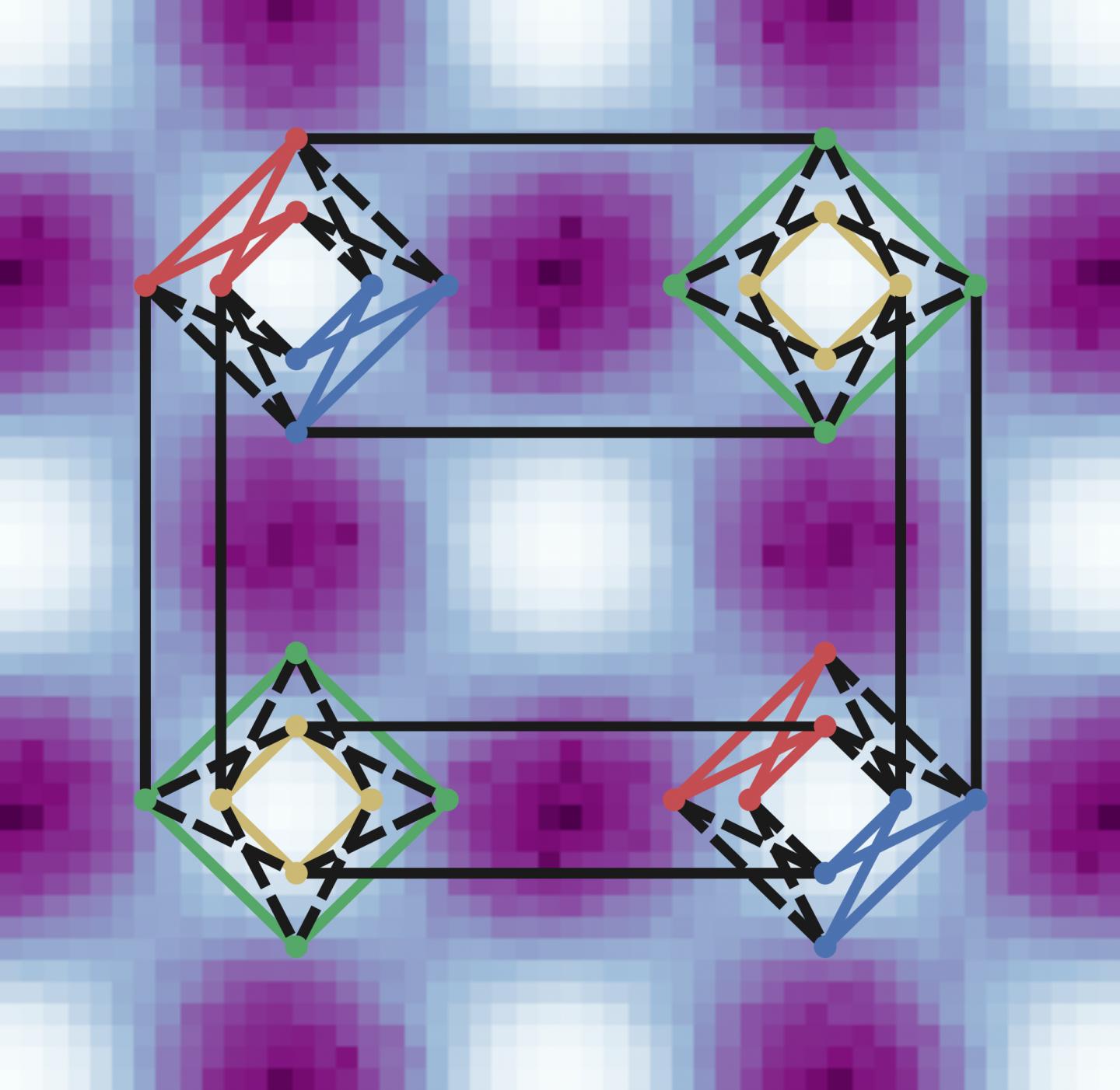 Using the D-Wave chip (foreground), the team simulated the experimental signature of a sample material (background), producing results that are directly comparable to the output from real-world experiments.
Paul Kairys/UT Knoxville

Magnetic materials can be described in terms of magnetic particles called spins. Each spin has a preferred orientation based on the behavior of its neighboring spins, but rare earth tetraborides are frustrated, meaning these orientations are incompatible with each other. As a result, the spins are forced to compromise on a collective configuration, leading to exotic behavior such as fractional magnetization plateaus. This peculiar behavior occurs when an applied magnetic field, which normally causes all spins to point in one direction, affects only some spins in the usual way while others point in the opposite direction instead.

Using a Monte Carlo simulation technique powered by the quantum evolution of the Ising model, the team evaluated this phenomenon in microscopic detail.

"We came up with new ways to represent the boundaries, or edges, of the material to trick the quantum computer into thinking that the material was effectively infinite, and that turned out to be crucial for correctly answering materials science questions," said co-corresponding author Travis Humble. Humble is an ORNL researcher and deputy director of the Quantum Science Center, or QSC, a DOE Quantum Information Science Research Center established at ORNL in 2020. The individuals and institutions involved in this research are QSC members.

Quantum resources have previously simulated small molecules to examine chemical or material systems. Yet, studying magnetic materials that contain thousands of atoms is possible because of the size and versatility of D-Wave's quantum device.

"D-Wave processors are now being used to simulate magnetic systems of practical interest, resembling real compounds. This is a big deal and takes us from the notepad to the lab," said Andrew King, director of performance research at D-Wave. "The ultimate goal is to study phenomena that are intractable for classical computing and outside the reach of known experimental methods."

The researchers anticipate that their novel simulations will serve as a foundation to streamline future efforts on next-generation quantum computers. In the meantime, they plan to conduct related research through the QSC, from testing different models and materials to performing experimental measurements to validate the results.

"We completed the largest simulation possible for this model on the largest quantum computer available at the time, and the results demonstrated the significant promise of using these techniques for materials science studies going forward," Kairys said.

- This press release was originally published on the ORNL website. It has been edited for style