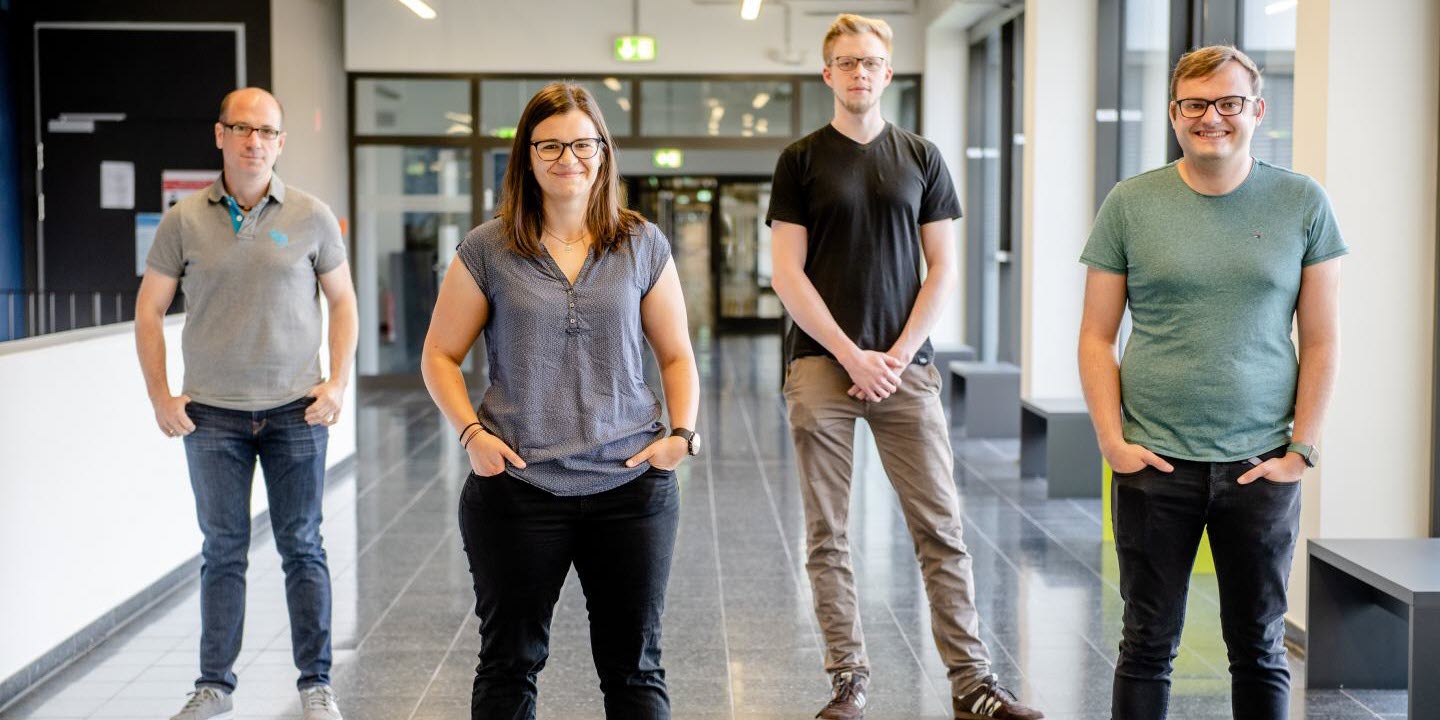 They look deceptively real, but they are made by computers: so-called deep-fake images are generated by machine learning algorithms, and humans are pretty much unable to distinguish them from real photos. Researchers at the Horst Görtz Institute for IT Security at Ruhr-Universität Bochum (RUB) and the Cluster of Excellence "Cyber Security in the Age of Large-Scale Adversaries" (Casa) have developed a new method for efficiently identifying deep-fake images. To this end, they analyze the objects in the frequency domain, an established signal processing technique.

On July 15, the team presented their work at the International Conference on Machine Learning (ICML), one of the leading conferences in the field of machine learning. Additionally, the researchers make their code freely available online at https://github.com/RUB-SysSec/GANDCTAnalysis, so that other groups can reproduce their results.

Deep-fake images—a portmanteau word from "deep learning" for machine learning and "fake"—are generated with the help of computer models, so-called generative adversarial networks, GANs for short. Two algorithms work together in these networks: the first algorithm creates random images based on certain input data. The second algorithm needs to decide whether the image is a fake or not. If the image is found to be a fake, the second algorithm gives the first algorithm the command to revise the image—until it no longer recognizes it as a fake.

Images of people transformed into the frequency domain: the upper left corner represents low-frequency image areas, the lower right corner represents high-frequency areas. On the left, you can see the transformation of a photo of a real person: the frequency range is evenly distributed. The transformation of the computer-generated photo (right) contains a characteristic grid structure in the high-frequency range—a typical artefact.
© RUB, Lehrstuhl für Systemsicherheit

In recent years, this technique has helped make deep-fake images more and more authentic. On the website http://www.whichfaceisreal.com, users can check if they're able to distinguish fakes from original photos. "In the era of fake news, it can be a problem if users don't have the ability to distinguish computer-generated images from originals," says professor Thorsten Holz from the Chair for Systems Security.

For their analysis, the Bochum-based researchers used the data sets that also form the basis of the above-mentioned page, "Which face is real." In this interdisciplinary project, Joel Frank, Thorsten Eisenhofer, and Holz cooperated with professor Asja Fischer from the Chair of Machine Learning as well as Lea Schönherr and professor Dorothea Kolossa from the Chair of Digital Signal Processing.

To date, deep-fake images have been analyzed using complex statistical methods. The Bochum group chose a different approach by converting the images into the frequency domain using the discrete cosine transform. The generated image is thus expressed as the sum of many different cosine functions. Natural images consist mainly of low-frequency functions.

The analysis has shown that images generated by GANs exhibit artefacts in the high-frequency range. For example, a typical grid structure emerges in the frequency representation of fake images. "Our experiments showed that these artefacts do not only occur in GAN generated images. They are a structural problem of all deep learning algorithms," explains Frank from the Chair for Systems Security. "We assume that the artefacts described in our study will always tell us whether the image is a deep-fake image created by machine learning," adds Frank. "Frequency analysis is therefore an effective way to automatically recognize computer-generated images."

- This press release was originally published on the RUB website