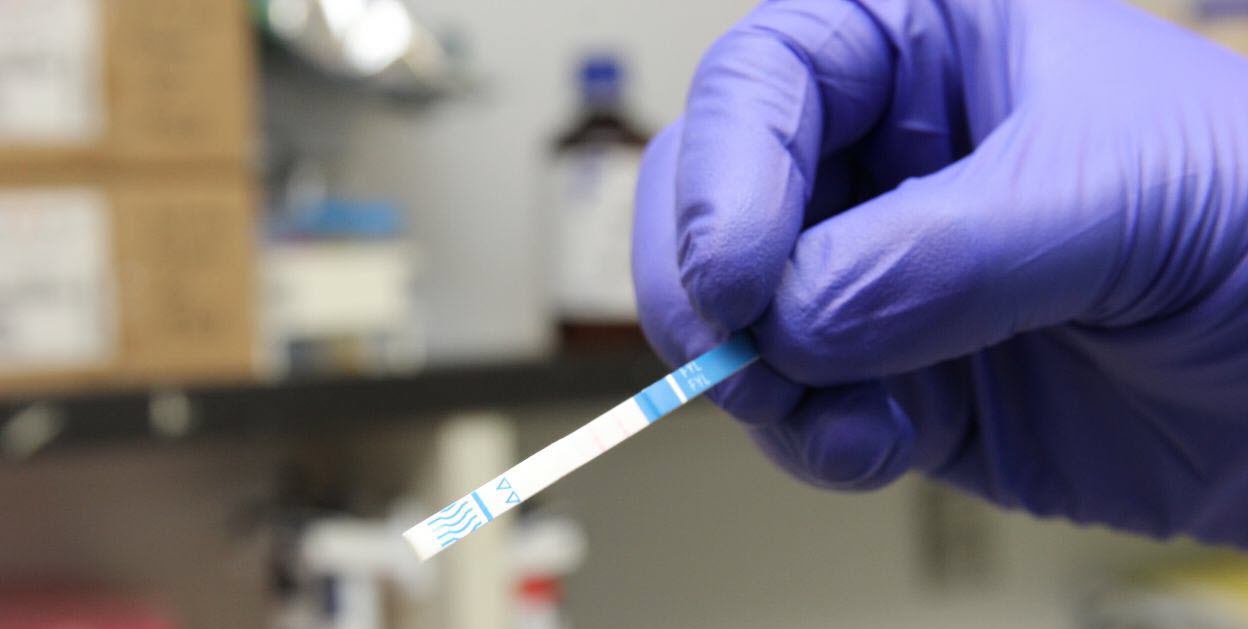 ABERDEEN PROVING GROUND, MD — The US Army Combat Capabilities Development Command (CCDC) Chemical Biological Center has entered a cooperative research and development agreement (CRADA) with the Anne Arundel County Crime Lab and the State of Delaware Division of Forensic Science to determine the effectiveness of a fentanyl detection test strip.

The test strip, a lateral flow immunoassay (LFI), is a simple paper strip developed to detect fentanyl in liquid samples without the use of expensive laboratory equipment. Similar to how a home pregnancy test works, the strip has built in indicators for positive results and negative results. Results appear within three to four minutes after the strip is exposed to a fluid—one line means fentanyl is present, two lines means fentanyl was not detected.

The research team is led by US Army biologist Daniel Angelini, PhD, who, along with his colleagues Tracey Biggs, Amber Prugh, and Jennifer Sekowski, PhD, have conducted extensive laboratory assessments using the LFI in an effort to gather unbiased data on the technology.

“Our laboratory assessment included a full evaluation of the LFI, including limits of detection, cross reactivity, and evaluation following surface sampling,” Angelini said. “In addition to gathering data, we’re designing testing protocols for our partner organizations so they can replicate the test effectively."

Real-world samples will be gathered by the Anne Arundel County Crime Lab and the State of Delaware Division of Forensic Science who will share the results with the CCDC Chemical Biological Center as part of the CRADA. 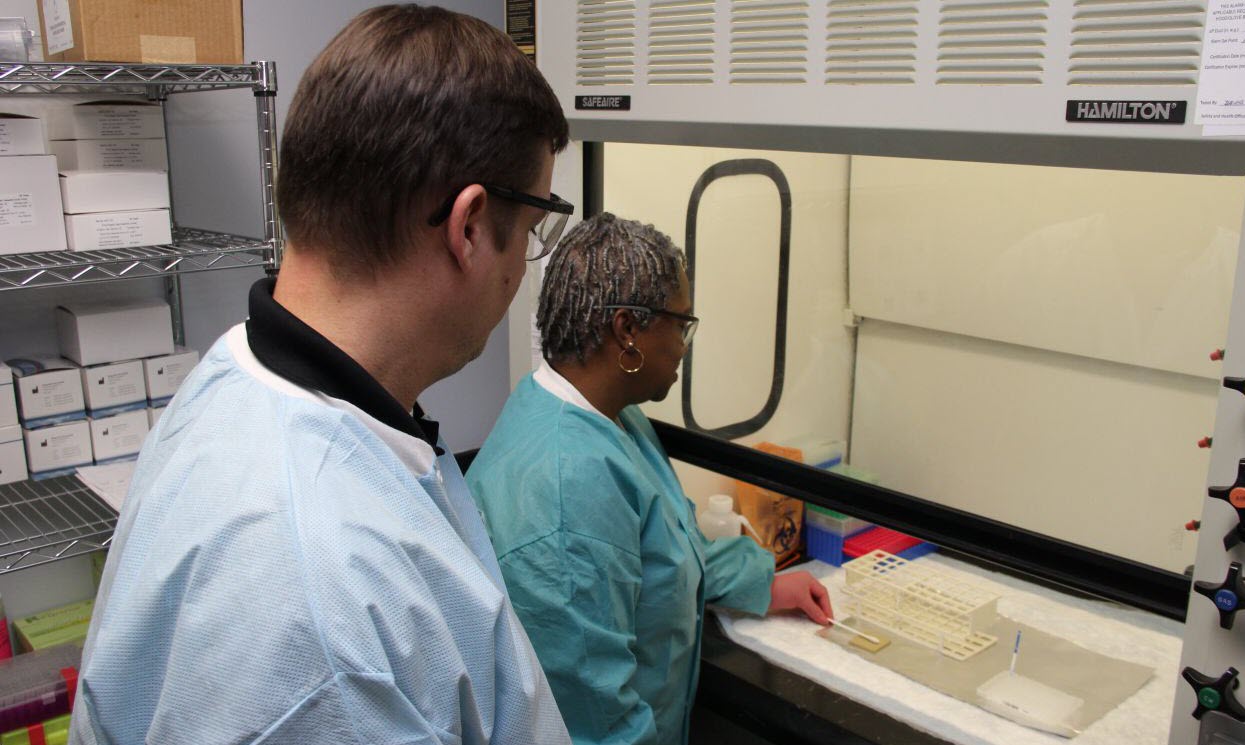 A CRADA provides a means for industry, academia, and other government agencies to collaborate with Army research and development activities. The parties in a CRADA may exchange intellectual property, expertise, and data, or they may hire personnel or rent services or materials, equipment, and facilities during the period of performance.

Jessica Smith, chief forensic toxicologist at the State of Delaware Division of Forensic Science, looks forward to the opportunity to use the LFI in her labs to support the Army’s objectives. Her lab is responsible for performing toxicological testing on specimens collected during autopsies. For their postmortem casework, they test for drugs and alcohol to help the medical examiners determine if they contributed to or caused death.

“Fentanyl is a problem in Delaware, but the entire nation is subject to its scourge,” Smith said. “Fentanyl was confirmed in 74 percent of overdose-related deaths in 2018 in the state, and 36 percent of all postmortem screenings we conducted tested positive for the drug.”

For the study, Smith and her team will test postmortem urine samples using the LFI, delivering the final results to Angelini for publishing.

Excited and grateful for the opportunity to contribute to the project, Smith has interest in a rapid screening test for her office.

“We’re interested in seeing the results to assess the feasibility of bringing a rapid test like this to our office for our use in the future as a preliminary test,” Smith said.

Each lab will collect and test samples throughout the period of performance, ending in June 2020, and relay the data back to Angelini at the Center who will publish the findings in a peer-reviewed scientific journal and deliver an assessment of the technology to the Army.