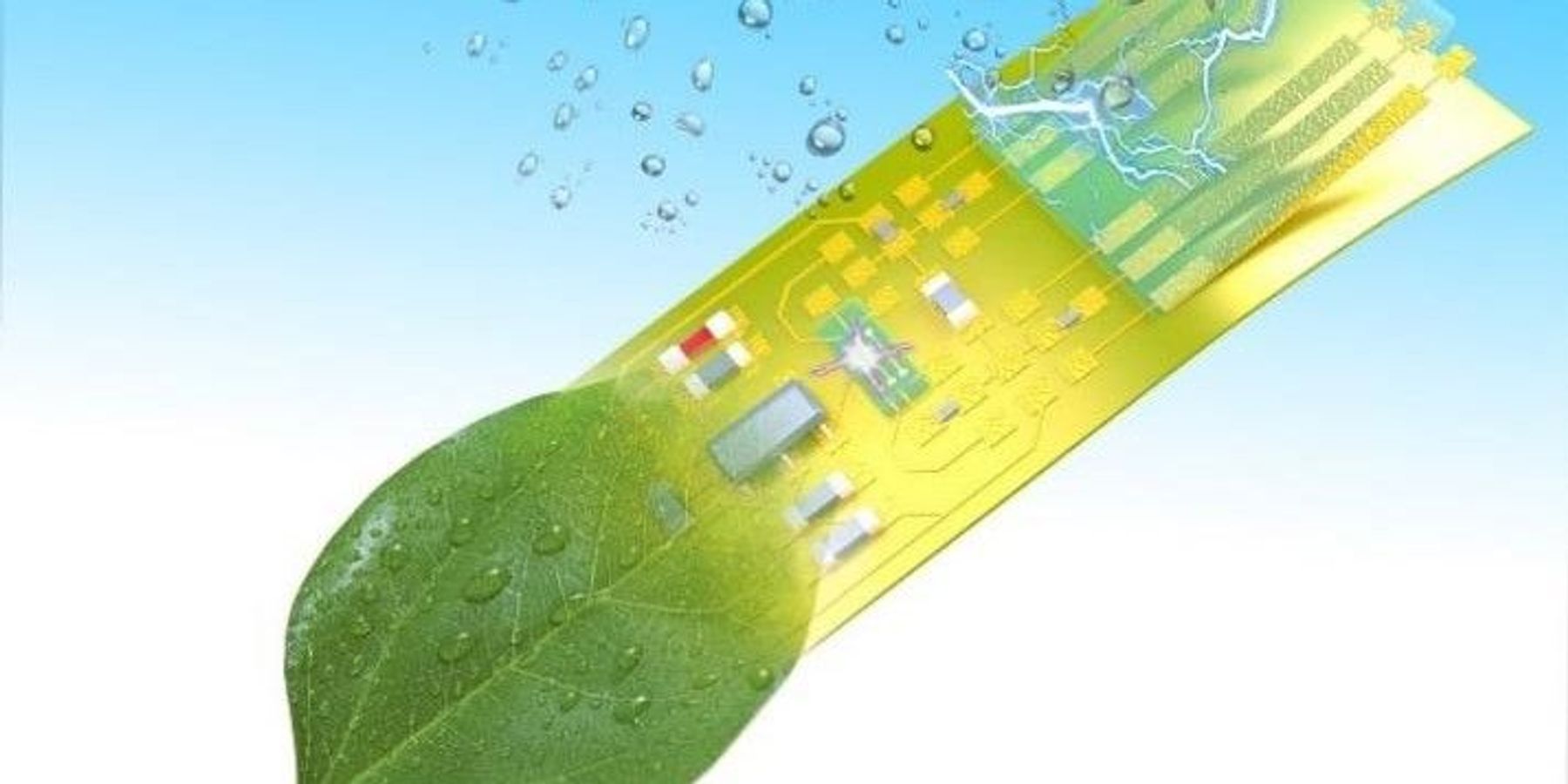 This illustration captures the essence of the newly developed electronic microsystem.
UMass Amherst

A research team from the University of Massachusetts Amherst (UMass) has created an electronic microsystem that can intelligently respond to information inputs without any external energy input, much like a self-autonomous living organism. The microsystem is constructed from a novel type of electronics that can process ultralow electronic signals and incorporates a device that can generate electricity "out of thin air" from the ambient environment.

The groundbreaking research was published June 7 in the journal Nature Communications.

Jun Yao, an assistant professor in the electrical and computer engineering (ECE) and an adjunct professor in biomedical engineering, led the research with his longtime collaborator, Derek R. Lovley, a distinguished professor in microbiology.

Both of the key components of the microsystem are made from protein nanowires, a "green" electronic material that is renewably produced from microbes without producing "e-waste." The research heralds the potential of future green electronics made from sustainable biomaterials that are more amenable to interacting with the human body and diverse environments.

This breakthrough project is producing a "self-sustained intelligent microsystem," according to the US Army Combat Capabilities Development Command Army Research Laboratory, which is funding the research.

Tianda Fu, a graduate student in Yao's group, is the lead author. "It's an exciting start to explore the feasibility of incorporating 'living' features in electronics. I'm looking forward to further evolved versions," Fu said.

The project represents a continuing evolution of recent research by the team. Previously, the research team discovered that electricity can be generated from the ambient environment/humidity with a protein-nanowire-based Air Generator (Air-Gen), a device which continuously produces electricity in almost all environments found on Earth. The Air-Gen invention was reported in Nature in 2020.

Also in 2020, Yao's lab reported in Nature Communications that the protein nanowires can be used to construct electronic devices called memristors that can mimic brain computation and work with ultralow electrical signals that match the biological signal amplitudes.

"Now we piece the two together," Yao said of the creation. "We make microsystems in which the electricity from Air-Gen is used to drive sensors and circuits constructed from protein-nanowire memristors. Now the electronic microsystem can get energy from the environment to support sensing and computation without the need of an external energy source (e.g. battery). It has full energy self-sustainability and intelligence, just like the self-autonomy in a living organism."

The system is also made from environmentally friendly biomaterial—protein nanowires harvested from bacteria. Yao and Lovley developed the Air-Gen from the microbe Geobacter, discovered by Lovley many years ago, which was then utilized to create electricity from humidity in the air and later to build memristors capable of mimicking human intelligence.

"So, from both function and material," says Yao, "we are making an electronic system more bio-alike or living-alike."

"The work demonstrates that one can fabricate a self-sustained intelligent microsystem," said Albena Ivanisevic, the biotronics program manager at the US Army Combat Capabilities Development Command Army Research Laboratory. "The team from UMass has demonstrated the use of artificial neurons in computation. It is particularly exciting that the protein nanowire memristors show stability in aqueous environment and are amenable to further functionalization. Additional functionalization not only promises to increase their stability but also expand their utility for sensor and novel communication modalities of importance to the Army."