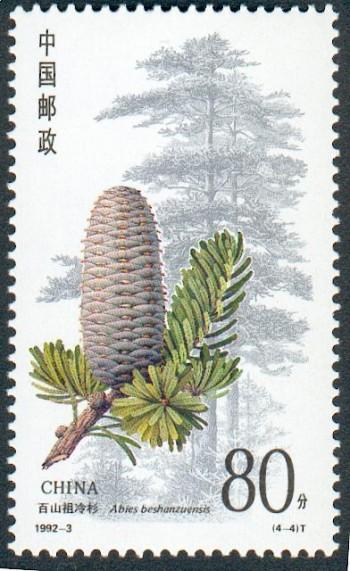 Three Chinese fir trees on a nature reserve in Southeastern China are the last of their kind. As their existence is threatened by human disturbance and climate change, researchers are hurrying to learn everything they can about the tree—which might inspire new and more effective ways to treat various cancers.

Chemists in China were initially studying the tree, Abies beshanzuensis, to look for molecules that might be able to treat diabetes and obesity. Using only bark and needles that fell from the trees, in order to not further disturb the small population, researchers found that the tree's makeup wasn't as effective as they'd hoped in treating these diseases.

The tree's healing powers looked grim until Mingji Dai, an organic chemist at Purdue University, started tinkering with some of its molecules in his lab. His team created synthetic versions of two, and then a few analogs, which have minor structural modifications. In collaboration with Zhong-Yin Zhang, a distinguished professor of medicinal chemistry at Purdue, he found that one of the synthetic analogs was a potent and selective inhibitor of SHP2, an increasingly popular target for cancer treatment. The findings were published in the Journal of the American Chemical Society.

"This is one of the most important anti-cancer targets in the pharmaceutical industry right now, for a wide variety of tumors," Dai said. "A lot of companies are trying to develop drugs that work against SHP2."

Cancer was projected to take more than 600,000 lives in the United States alone in 2018, according to the National Cancer Institute. Targeted therapies help treat cancer by interfering with specific proteins that help tumors grow and spread throughout the body. Unlike many of the molecules used to target SHP2 right now, Dai's (referred to as "compound 30") forms a chemical bond with the SHP2 protein.

"With others, it's a looser binding. Ours forms a covalent bond, which is more secure and long-lasting," Dai said. "But we also wondered whether this type of molecule could interact with other proteins."

With help from chemical biologists at the Scripps Research Institute in Florida, the team went fishing—in a pond full of proteins. Using a tagged version of compound 29 (which is just a bit structurally different from compound 30) as bait, they caught POLE3, an enzyme that helps synthesize and repair DNA molecules.

This told the team that POLE3 and compound 29 were interacting, but not much else. Alone, compound 29 had no effect on cancer cells. But they knew this compound was drawn to a target protein involved in DNA synthesis, so they started looking for FDA-approved cancer drugs that target DNA for potential combination therapy. They found Etoposide, a DNA-damaging drug used to treat multiple types of cancer. Together, the results were promising.

"Compound 29 alone doesn't kill cancer, but when you combine it with Etoposide, the drug is much more effective," Dai said. "This could improve some of the cancer drugs used today, and it also tells us something new about the function of POLE3. People weren't targeting this protein for cancer treatment before, but our findings offer a new strategy for killing cancer cells."