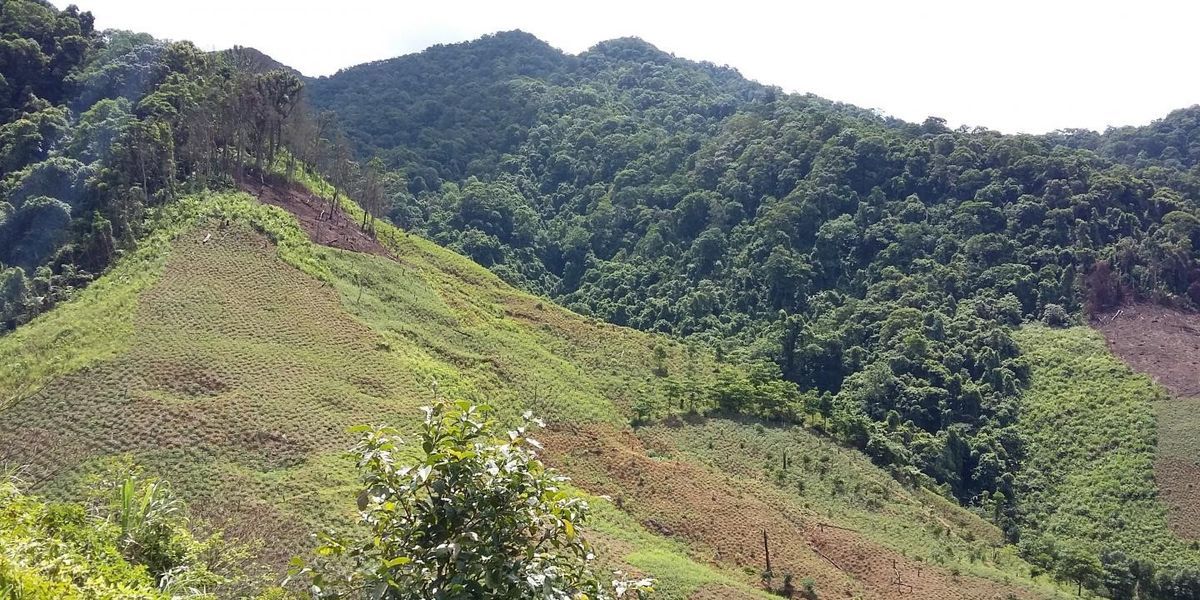 Forest clearance in Southeast Asia is accelerating, leading to unprecedented increases in carbon emissions, according to new research.

The findings, revealed by a research team including University of Leeds academics, show that forests are being cut down at increasingly higher altitudes and on steeper slopes in order to make way for agricultural intensification.

As a result, more than 400 million metric tons (441 million US tons) of carbon are released into the atmosphere every year as forests are cleared in the region, with that emissions figure increasing in recent years.

The study, "Upward expansion and acceleration of forest clearance in the mountains of Southeast Asia," is published in Nature Sustainability.

Coauthor professor Dominick Spracklen, of Leeds' School of Earth and Environment, said: "Most lowland tropical forests in Southeast Asia have already been cleared for agriculture. In the past, mountain forests were often spared from clearance because steep slopes and high elevations made deforestation more difficult.

Our work shows that deforestation has now moved into these mountain regions and has accelerated rapidly in the past 10 years. These mountain forests are amazingly rich in biodiversity and are crucial stores of carbon, so it is worrying to see that the frontier of deforestation is now moving upwards into the mountains of Southeast Asia. Loss of these forests will be a devastating blow for nature and will further accelerate climate change."

Southeast Asia contains about half of all tropical mountain forests, which are rich in biodiversity and contain a large amount of the planet's carbon.

The authors found that forest clearance in Southeast Asia's mountains has accelerated during the 21st century, accounting for a third of total forest loss in the region. New plantations primarily drove deforestation at high elevations.

Analyzing high-resolution satellite data, the researchers found that average annual forest loss in the region was 3.22 million hectares per year during 2001–2019, with 31 percent occurring on mountains.

Over the last decade the average altitude of forest loss increased by 150 m and advanced onto steeper slopes that have high forest carbon density relative to the lowlands.

These shifts led to unprecedented annual forest carbon loss of 424 million metric tons (467 million US tons) of carbon per year, but at an accelerating rate in recent years.

The loss of forests at higher elevations in mountain regions of southeast Asia over the last 20 years is therefore of major concern, particularly given that these regions are also concentrated zones of sensitive species and where carbon stocks are high.

This research shows the value of high resolution satellite data for detecting change, and also highlights that the international community needs to continue to work hard to support forest conservation and carbon management."

The research was led by associate professor Zhenzhong Zeng at the Southern University of Science and Technology (SUSTech) in Shenzhen, China.

Combining forest loss data with a forest biomass carbon map, they discovered that carbon loss resulting from forest clearance was mainly in the lowlands in the 2000s, for example in Indonesia.