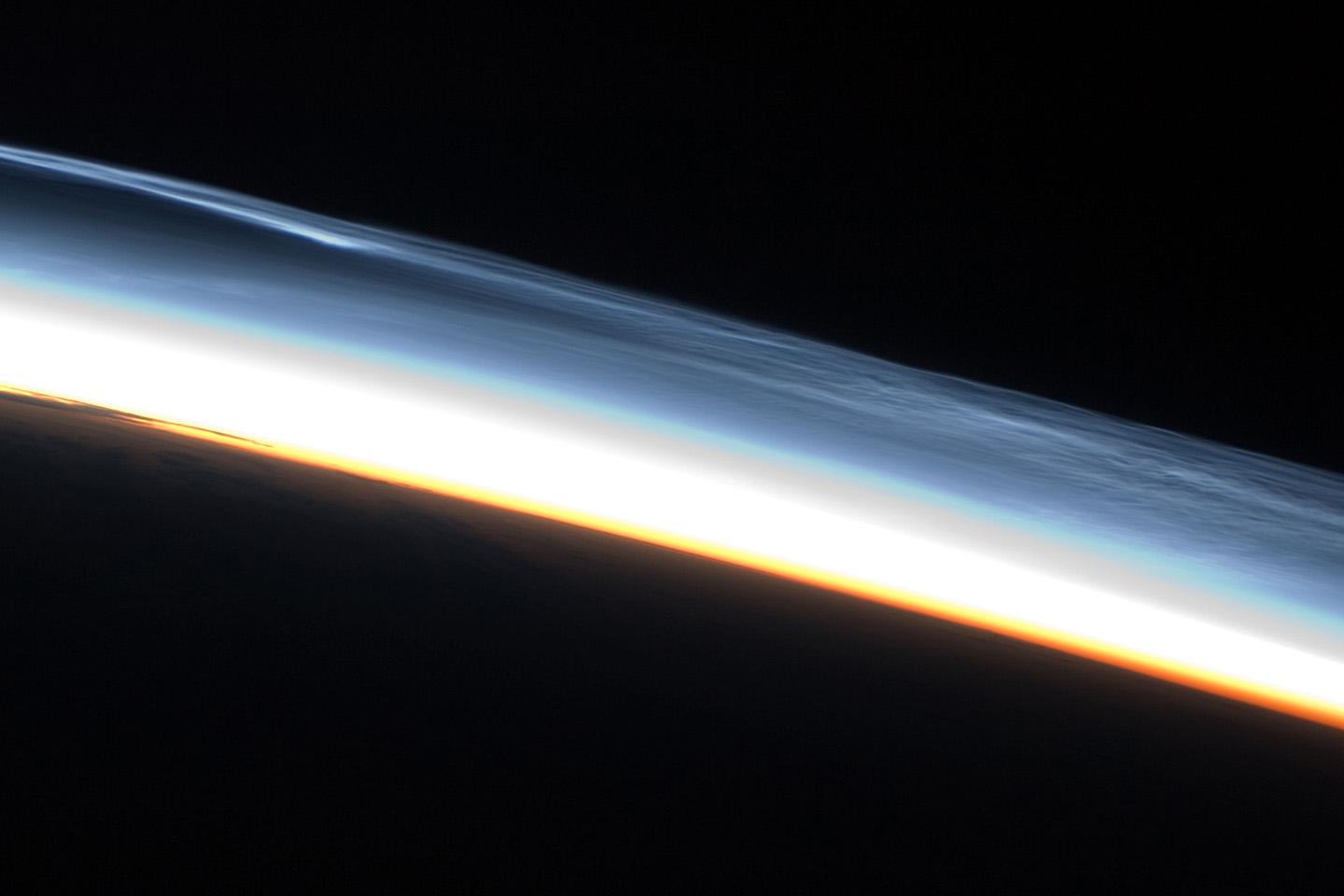 University of British Columbia researchers have helped develop a new way to remotely measure Earth's magnetic field in the atmosphere.NASA

Researchers in Canada, the United States and Europe have developed a new way to remotely measure Earth's magnetic field—by zapping a layer of sodium atoms floating 100 kilometers above the planet with lasers on the ground.

The technique, documented this week in Nature Communications, fills a gap between measurements made at the Earth's surface and at much higher altitude by orbiting satellites.

"The magnetic field at this altitude in the atmosphere is strongly affected by physical processes such as solar storms and electric currents in the ionosphere," says Paul Hickson an astrophysicist at the University of British Columbia (UBC) and author on the paper.

"Our technique not only measures magnetic field strength at an altitude that has traditionally been hidden, it has the side benefit of providing new information on space weather and atomic processes occurring in the region."

Sodium atoms are continually deposited in the mesosphere by meteors that vaporize as they enter Earth's atmosphere. Researchers at the European Southern Observatory (ESO), the University of Mainz and UBC used a ground-based laser to excite the layer of sodium atoms and monitor the light they emit in response.

"The excited sodium atoms wobble like spinning tops in the presence of a magnetic field," explains Hickson. "We sense this as a periodic fluctuation in the light we're monitoring, and can use that to determine the magnetic field strength."

Hickson and UBC PhD student Joschua Hellemeier developed the photon counting instrument used to measure the light coming back from the excited sodium atoms, and participated in observations conducted at astronomical observatories in La Palma.