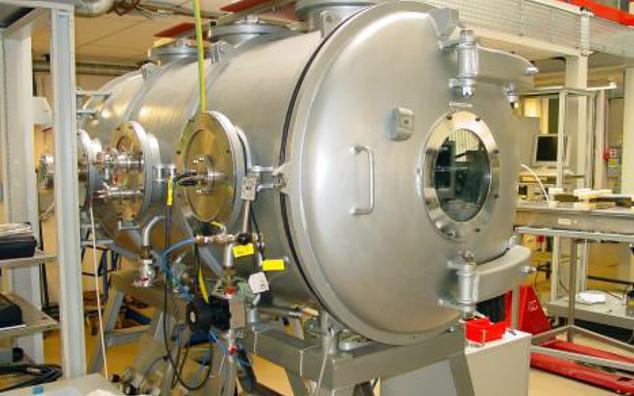 Researchers at Trinity College Dublin have been shedding light on the enigmatic "spiders from Mars," providing the first physical evidence that these unique features on the planet's surface can be formed by the sublimation of CO2 ice.

Spiders, more formally referred to as araneiforms, are strange-looking negative topography radial systems of dendritic troughs; patterns that resemble branches of a tree or fork lightning. These features, which are not found on Earth, are believed to be carved into the Martian surface by dry ice changing directly from solid to gas (sublimating) in the spring. Unlike Earth, Mars' atmosphere comprises mainly of CO2 and as temperatures decrease in winter, this deposits onto the surface as CO2 frost and ice.

The Trinity team, along with colleagues at Durham University and the Open University, conducted a series of experiments funded by the Irish Research Council and Europlanet at the Open University Mars Simulation Chamber, under Martian atmospheric pressure (in picture above), in order to investigate whether patterns similar to Martian spiders could form by dry ice sublimation.

Its findings are detailed in a paper recently published in the Nature journal, Scientific Reports.

Dr. Lauren McKeown, who led this work during her PhD at Trinity and is now at the Open University, said:

"This research presents the first set of empirical evidence for a surface process that is thought to modify the polar landscape on Mars. Kieffer's hypothesis [explained below] has been well accepted for over a decade, but until now, it has been framed in a purely theoretical context.

The experiments show directly that the spider patterns we observe on Mars from orbit can be carved by the direct conversion of dry ice from solid to gas. It is exciting because we are beginning to understand more about how the surface of Mars is changing seasonally today."

The research team drilled holes in the centers of CO2 ice blocks and suspended them with a claw similar to those found in arcades, above granular beds of different grain sizes. They lowered the pressure inside a vacuum chamber to Martian atmospheric pressure (6 mbar) and then used a lever system to place the CO2 ice block on the surface.

They made use of an effect known as the Leidenfrost effect, whereby if a substance comes in contact with a surface much hotter than its sublimation point, it will form a gaseous layer around itself. When the block reached the sandy surface, CO2 turned directly from solid to gas and material was seen escaping through the central hole in the form of a plume. 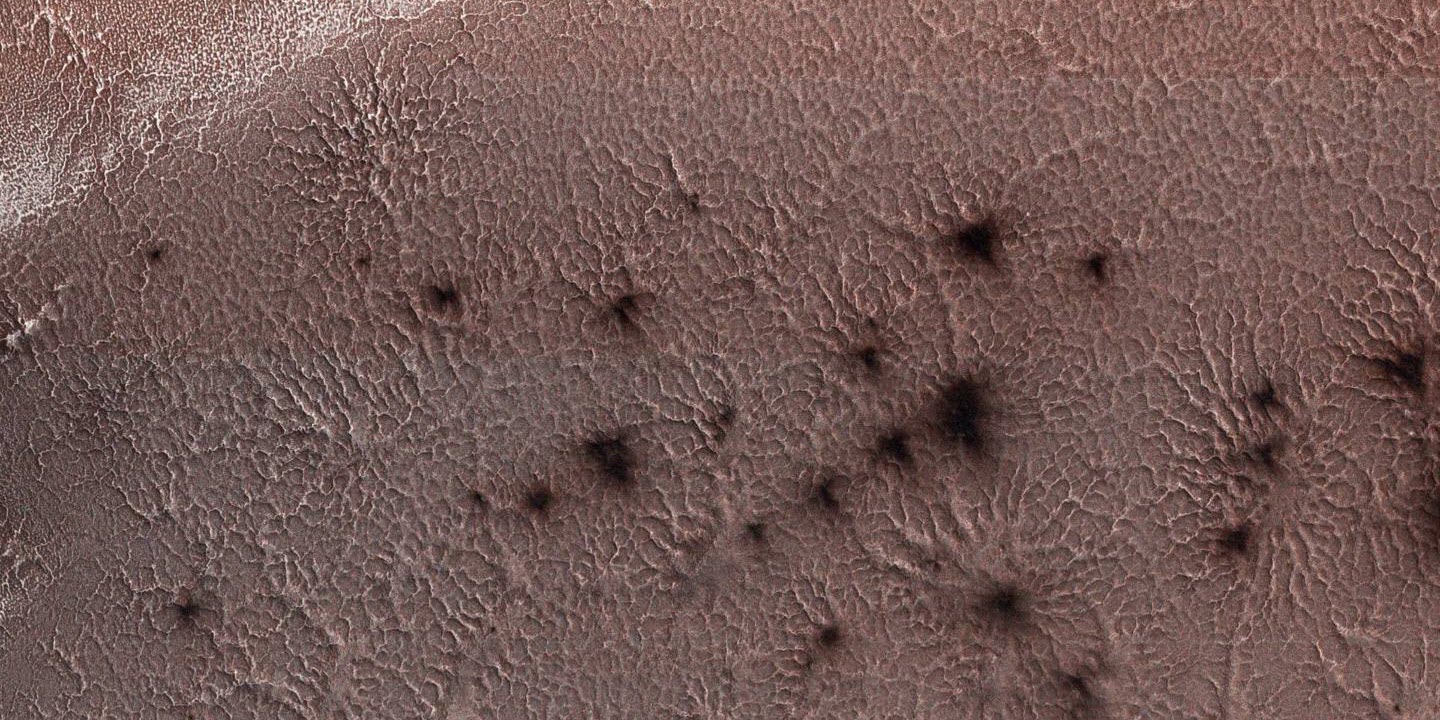 A NASA image of the spiders on Mars.
NASA.

"This innovative work supports the emergent theme that the current climate and weather on Mars has an important influence not only on dynamic surface processes, but also for any future robotic and/or human exploration of the planet."

The main hypothesis proposed for spider formation (Kieffer's hypothesis) suggests that in spring, sunlight penetrates this translucent ice and heats the terrain beneath it. The ice will sublimate from its base, causing pressure to build up and eventually the ice will rupture, allowing pressurized gas to escape through a crack in the ice. The paths of the escaping gas will leave behind the dendritic patterns observed on Mars today and the sandy/dusty material will be deposited on top of the ice in the form of a plume.

However, until now, it has not been known if such a theoretical process is possible and this process has never been directly observed on Mars.

Additionally, the researchers observed that when CO2 blocks were released and allowed to sublimate within the sand bed, sublimation was much more vigorous than expected and material was thrown all over the chamber.

This observation will be useful in understanding models of other CO2 sublimation-related processes on Mars, such as the formation of lateral Recurring Diffusive Flows surrounding linear dune gullies on Mars.

The methodology used can be refocused to study the geomorphic role of CO2 sublimation on other active Martian surface feature formation—and indeed, can pave the way for further research on sublimation processes on other planetary bodies with no/scant atmospheres like Europa or Enceladus.

- This press release was originally published on the Trinity College Dublin News and Events website. It has been edited for style