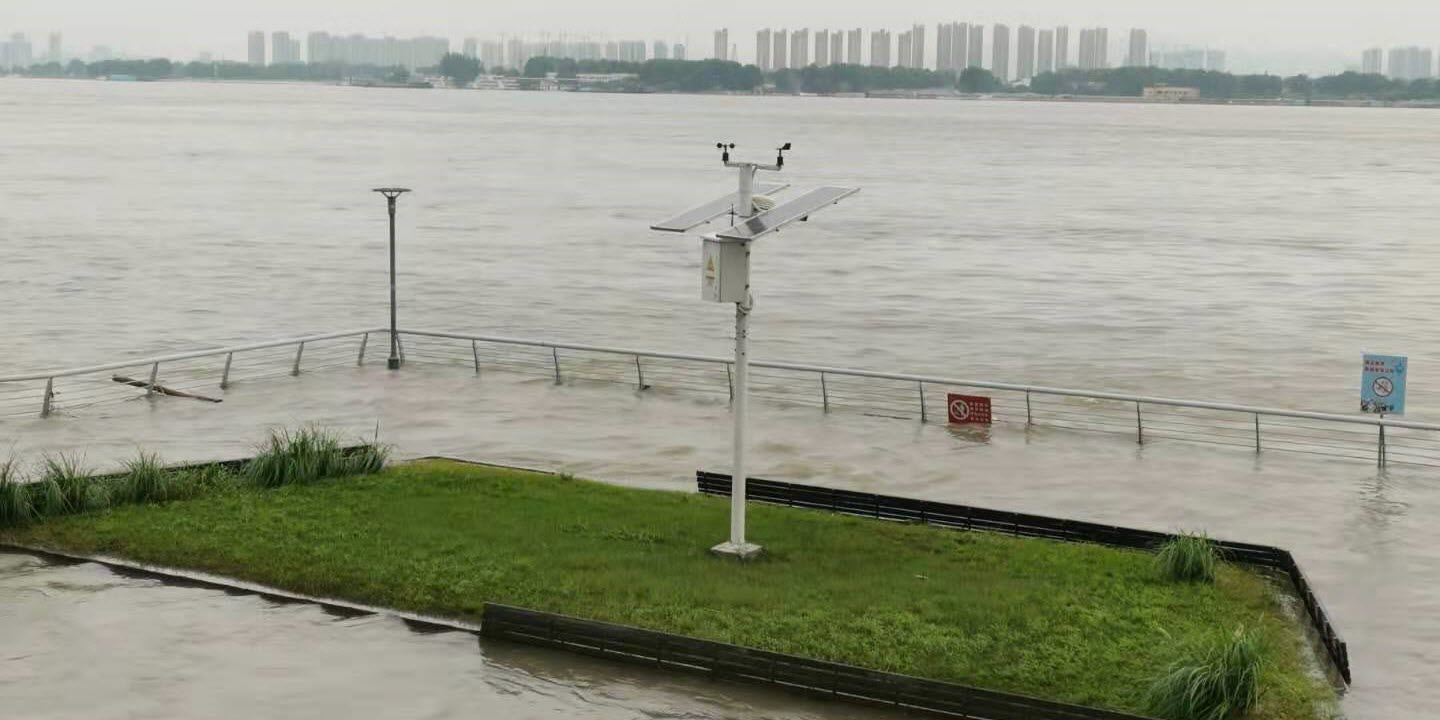 Automatic weather station near the Yangtze River in Nanjing, which flooded on July 23, 2020.
Bing Zhou

The National Climate Center (NCC) of China has just completed a report that gives an authoritative assessment of China's climate in 2020. It provides a summary of China's climate as well as the major weather and climate events that took place throughout the year. This is the third consecutive year that the NCC has published an annual national climate statement in Atmospheric and Oceanic Science Letters (AOSL).

According to the report, in 2020, China's climate was warm and wet on the whole, and disasters caused by rainstorms and flooding were more serious than those by drought. The mean air temperature in China was 0.7°C above normal, and the annual rainfall was 694.8 mm, which was 10.3 percent above normal.

In summer, southern China experienced the most severe flooding with extreme heavy rainstorms since 1998. Drought brought slight impacts and losses in China. High temperatures occurred earlier than normal with extreme values, and lasted longer than normal in summer over the south of China. The number of landfalling typhoons was lower than normal, while three typhoons successively affected Northeast China from late August to early September, which was the first time since 1949. Cold-air processes had a wide influence and brought a substantial decrease in air temperature in local areas.

Compared with the average values of the past 10 years, the affected crop area and the numbers of deaths and missing persons in 2020 were significantly smaller, while direct economic losses were slightly larger.

Nonetheless, Li warns that the hazards of climate disasters are increasing: "The WMO announced in January 2021 that the global average air temperature in 2020 was 1.2°C ± 0.1°C above the pre-industrial level and one of the three warmest on record. China also experienced a serious heatwave in summer and the mean air temperature in China was warmer than normal. Disaster prevention and reduction remains the focus of society."

- This press release was originally published on the Atmospheric and Oceanic Science Letters website. It has been edited for style