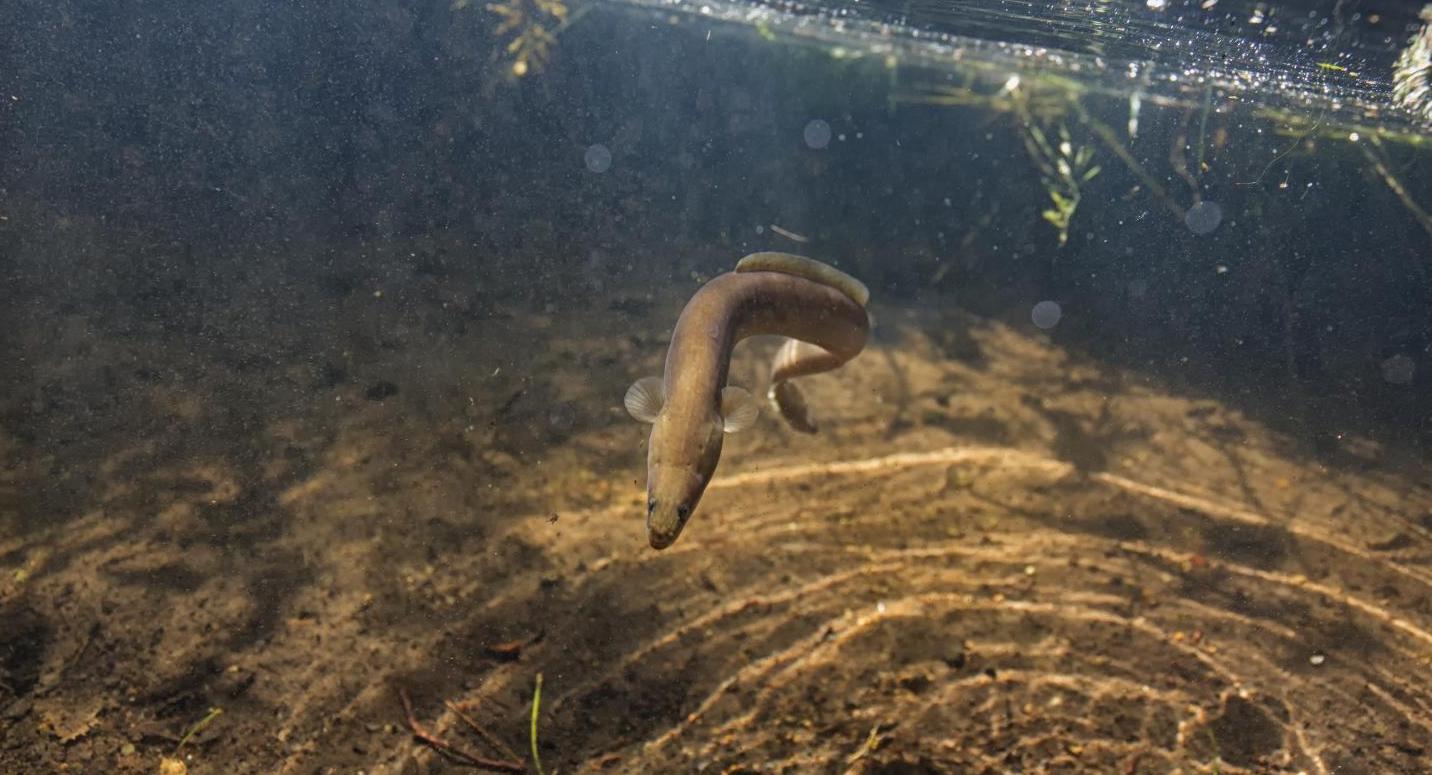 European eels devour their own skeletons on the 6,000-kilometer journey to their spawning grounds. But the unique process is also concentrating toxic metals in eels' ovaries, threatening their survival.Marko Freese. Thünen Institute for Fisheries Ecology

The future of European eels--a critically-endangered species--is under threat from toxic metals found in the rivers and lakes where they live, research by an international team including the University of Saskatchewan (USask) shows.

Eels devour their own skeletons on the journey to their spawning grounds, diverting their energy to their reproductive organs. But the unique process is also concentrating toxic metals in eels' ovaries, the research, published in the Proceedings of the National Academy of Sciences(PNAS), has found.

Mercury, copper and other metals--by-products of industrial activity--were detected in the ovaries of European eels about to lay eggs, potentially jeopardizing their ability to reproduce successfully.

"Few people realize just how precarious the European eel population is," said Markus Brinkmann, an eco-toxicologist in USask's School of Environment and Sustainability. "There has been a dramatic reduction in the numbers of young eels returning to Europe's rivers, lakes and coastal areas in the past 40 years, to the point that they are now critically endangered."

"We need to act swiftly to save this species. Restoring environmental quality to rivers and lakes where they live should be an urgent priority," said Brinkmann, senior author of the study.

Up to three feet long, European eels can live until the age of 80. They become a gleaming silver colour when reaching sexual maturity at around 15 years of age.

To breed, the eels swim 6,000 kilometres to their breeding ground in the Sargasso Sea, consuming their own body as a source of energy before spawning and dying.

In a 'programmed death' before they breed, eels stop feeding, absorb their stomachs and intestines, and invest everything in the growth of their ovaries. During their one-to-two-year-long swim to their oceanic spawning grounds, they break down their skeletons and fat-rich muscle as a source of nutrients and minerals.

The research team, including academics from USask, the Thünen Institute of Fisheries Ecology, RWTH Aachen University, and Ghent University, discovered that toxic metals stored in eels' bone and muscle are also 'mobilized' during their metamorphosis.

The researchers analyzed the physiology of eels about to spawn, scanning their bodies using computed tomography (CT) imaging. Charting the breakdown of eels' skeletons, tissues and guts, they detected metals including mercury, copper, cadmium and manganese in female eels' ovaries.

Brinkmann, senior author of the research, believes toxic metals could hinder the eels' reproductive success, damaging eggs produced from the ovaries, and the health of eel larvae.

"The eels undergo dramatic changes to their bodies during their journey to their spawning grounds. The females look very different by the time they are ready to spawn. They look like just a sack of eggs," said Brinkmann.

"We have found toxic metals in their ovaries, in relatively high concentrations. These then transfer into the eggs, potentially impairing the survival and health of the young eel larvae and their ability to complete the long voyage home."

European eels (Anguilla anguilla) were once an abundant source of food in Europe, and later a delicacy exported in vast numbers, mostly to Asia. But their population has declined sharply and European eels are now listed as critically endangered on the red list of the International Union for Conservation of Nature.

The number of eel larvae returning to Europe from their spawning grounds in the Sargasso Sea, near Bermuda, has declined by over 90 per cent since the 1980s.

"While it is not possible to say to what extent metals alone contribute to the dramatic declines in eel populations over the past decades, our findings indicate that metal contamination could be an important factor," added lead author Marko Freese of the Thünen Institute for Fisheries Ecology in Bremerhaven, Germany.

Newly hatched European eel larvae make the arduous journey back from the Sargasso Sea--notorious as the site as the Bermuda triangle--to their homes in lakes, rivers and coastal waters including in England, Germany, Sweden, Spain, France, Egypt, Israel, Morocco and the Netherlands.

While they are growing, young eels' bones can act as a sink for metals.

"It is known that metals can generate toxic free radicals (molecules with unpaired electrons, which cause damage to biological molecules contributing to disease)," said co-author Larissa Rizzo from RWTH Aachen University in Germany.