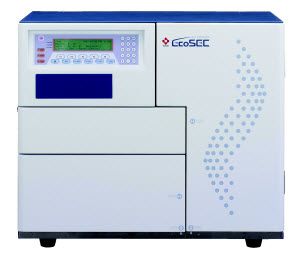 Figure 1. EcoSEC GPC SystemIn the context of GPC, GPC/RI continues to be heavily employed as it provides excellent day-to-day reproducibility and is ideal for quality control procedures. However, a conventional RI detector, i.e. one with a stagnant reference side, typically has a large amount of RI baseline drift which has been shown to drastically affect the accuracy and precision of molar mass averages and distributions with errors up 25%. Here, we have studied the repeatability, reproducibility, and baseline stability of a dual-flow RI detector in the EcoSEC® GPC System for the determination of molar mass averages via peak position calibration. The dual flow design is shown to compensate for the changes in the refractive index of the solvent over time by continuously flowing pure solvent through the reference side of the flow cell. 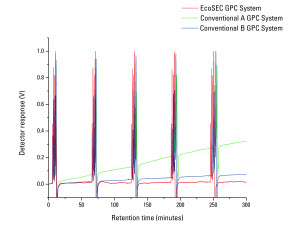 Determination of Heavy Metals in Cannabis and Hemp Products

Determination of Heavy Metals in Cannabis and Hemp Products