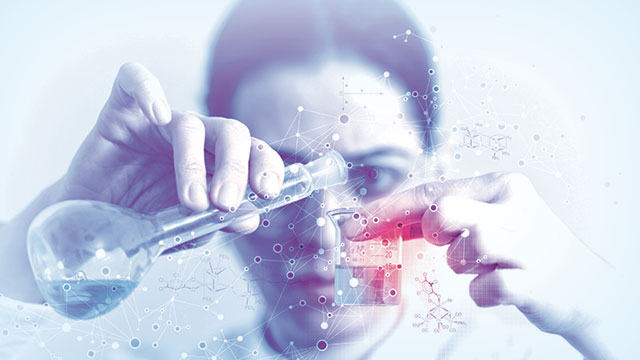 Despite underrepresentation—rooted in misperceptions, disinterest, discouragement, and daunting male dominance—many women excel in the STEM arena. Women now lead America’s tech standard-bearers such as IBM, GM, HP, DuPont, Facebook, and Yahoo. And beyond the C-suite, women make up 37 percent of database administrators, 47 percent of biologists, 60 percent of accountants and auditors, 78 percent of clinical laboratory technicians, and 91 percent of registered nurses, according to data compiled by Minnesota State University (MSU).

Still, the STEM space is less than sympathetic to women. When asked by Time magazine about women’s status in science, Jennifer Doudna, the University of California–Berkeley molecular biologist who codiscovered the game-changing CRISPR-Cas9 genome editing technique, responded, “As I’ve gone further in my career, it’s really come home to me that there actually still is discrimination against women and other underrepresented groups in science. It is not intentional, but it is very real for me. It bothers me deeply.”

Such discrimination may partly be attributed to the outsized male presence. MSU’s data show that less than a quarter of the country’s chemical engineers (actually 17 percent) and environmental scientists (22 percent) are women. By the end of 2016, women will hold less than 25 percent of IT jobs in developed countries, according to Deloitte Global—the same or lower than 2015, although such lopsidedness was deemed problematic way back in 2005.

Discrepancies in remuneration are also linked to discrimination. Deloitte reports that pay differences are prevalent—women web developers make seventy-nine cents and female computer and information systems managers make eighty-seven cents to every dollar that male counterparts are paid, and a quarter of women [in the US] feel stalled in their IT careers.

The retention of females in STEM endeavors is also suboptimal. In the IT area, Deloitte reports, based on a 2014 study, that 45 percent of women were likelier than men to leave their jobs within the first year. While citing pay and lack of promotion as issues, Deloitte cited other challenges such as “a hostile or sexist ‘bro-grammer’ culture, as well as workplace policies not suited to women, such as marathon coding sessions, expectations around not having children, and lack of childcare.” Similar unfriendly parallels have been described in other segments of the STEM world, including “hard-hat culture,” reflecting male control, and “lab-coat culture,” suggesting extremely long work hours and rigid schedules.

Such attitudes underlie the 2012 findings of a nationwide longitudinal study of 5,300 women engineers by Dr. Nadya Fouad and Dr. Romila Singh of the University of Wisconsin–Milwaukee. The study showed a total of 40 percent of women graduates leave the engineering field or decline to enter. The women who opted out after starting engineering jobs indicated that suboptimal organizational environments and inadequate support from managers and colleagues drove their decisions. The Society of Women Engineers estimates that one in four female engineers quits the field after age 30 versus one in ten males. Today, about 18 percent to 20 percent of engineering students are female; however, the congressional Joint Economic Committee estimates that only about 14 percent of engineers are women.

Related Article: Study Examines Why Some STEM Fields Have Fewer Women Than Others

To be sure, the issue of women in STEM has attracted attention at the highest levels. The White House [https://www.whitehouse.gov/administration/eop/ostp/women] views support of women in STEM as vital to America’s innovative competitiveness: “STEM careers offer women the opportunity to engage in some of the most exciting realms of discovery and technological innovation. Increasing opportunities for women in these fields is an important step towards realizing greater economic success and equality for women across the board.” It also points to the value of STEM at the individual level: “Women in STEM jobs earn 33 percent more than those in non-STEM occupations and experience a smaller wage gap relative to men.”

That STEM drives society’s economic engine is hardly up for debate. Increasing the participation of women could substantially expand the overall contribution of STEM to growth—potentially doubling the pool of talent over time. Last year, McKinsey estimated that greater women’s participation could add trillions to the US economy and add $12 trillion in global growth. The flip side is that low participation or exclusion of women would deprive workforces of many of their characteristic nurturing, caring, communal, and inclusive traits. Furthermore, female participation could be critical in fine-tuning products intended for women.

“There’s a necessity for more women involvement in STEM,” says Dr. Joy Gaston Gayles, an associate professor at North Carolina State University. “The number of jobs requiring STEM skills outpaces the number of available candidates, so there is a need to engage more females or risk losing our competitiveness in cutting-edge innovations.”

Gayles and her colleagues tracked a cohort of students for six years after they started college, to measure the extent to which women stayed with STEM majors or gravitated to other areas, based on data from the Beginning Postsecondary Students Longitudinal Survey by the National Center for Education Statistics. Commenting on the results, which were published in NASPA Journal About Women in Higher Education, Gayles says the fact that women are less likely to major, persist, and earn degrees in STEM fields can’t be ignored. “But this study indicates that there may be promising nontraditional options for attracting and retaining women in science,” she says. The study found “an intriguing backdoor pathway: women gravitating to the sciences after being undecided about what to study when entering college.” Gayles says, “We were not looking for unexpected or alternate paths—but what we found was that students who were undecided were likely to go into STEM majors. That was pretty cool to see in the data.”

She says from early on, even in environments with ample resources, girls are likely to understate or underestimate their abilities relative to boys’. “I think we have an overall problem in terms of lack of interest in STEM, but it seems more pronounced among girls and students of color.”

Gayles says that female students who participate in co-op programs and find STEM jobs have reported “a lot of bad behavior in the workplace,” including inappropriate remarks. She says, “In some cases the perpetrators lack awareness that their conduct was offensive—and some women may find such an environment impossible to work in.”

In the future, Gayles, a proponent of sponsorship, mentorship, and flexibility in the STEM workplace, hopes through greater attention and new policies to see “a more diverse workforce where all segments of the population are represented and valued.”

Dr. Lynne O’Connell, director of Introductory Chemistry Laboratories at Boston College, says that flexibility in work hours is “one trend that helps both men and women.” She says this is viable in labs where work does not often require real-time customer interaction, and aspects of the work can be taken out of the lab space and continued unimpeded at home or elsewhere. “People are still working long hours, but the flexibility to work those hours can make a difference.”

Almost a decade ago at Boston College, Dr. O’Connell, Prof. Mary Roberts, and Dr. Elizabeth O’Day became affiliated with an organization called Women in Science and Technology (WST)—which was started by Dr. O’Day while an undergraduate under the tutelage of Prof. Roberts. With the goal of demonstrating what it means to be a scientist and to conduct research in a laboratory, every year WST invites 30 high school girls who are paired with Boston College undergraduates to do real science, not high school level, says Dr. O’Day.

The WST website at Boston College describes the program as, “… a month-long weekend program of research, lectures, field trips and an opportunity to meet mentors and role models from scientific disciplines.”

“High schoolers get turned on to science and the undergrads get to function as leaders— a kind of mentor—leading to a network or a bond. Under the guidance of Prof. Roberts, this became a positive influence in many participants’ lives,” she says. “One of the goals of WST was to show young girls that the scientist was very relatable to them.”

Now, Dr. O’Day is chief executive and founder of Olaris Therapeutics, a venture- backed pharmaceutical company. Olaris is seeking to map the entire human metabolome to develop new diagnostics and novel targets to treat diseases having poor treatment options and grim survival rates. Dr. O’Day also founded Lizzard Fashion, which promotes science via fashion. Items like its “STEMinist” shirts with catchy, science-promoting messages are sold on its website and at local science institutions’ visitors’ centers—one dollar from each sale is donated to promote research. Dr. O’Day also initiated Proyecto Chispa (Project Spark), which recycles electronics and uses the proceeds to set up computer centers in orphanages in Latin America. She received her PhD from Harvard University and a Master of Philosophy from the University of Cambridge, and she won a Winston Churchill fellowship. While earning her BSc in biochemistry at Boston College she was awarded numerous top undergraduate research honors.

Dr. O’Day says that after winning awards, she was often asked what it was like to be the only girl in her area. She quickly realized that she was often the only female and notes, “For girls, we need to break down the stereotype that science is not fun, not fulfilling, and you cannot do other things as well. That you do not need to give up other aspects of your life for science—an honest dialogue is needed.”

She believes that attitudes are starting to change. How long you stay in the lab no longer confers bragging rights as a “lab rat,” she says, adding that what counts is how productively the time was spent. She notes that “hard-hat” culture still exists, and says, “You have to have a sense of humor about these things, know who you are, and not be influenced, daunted or held back by that culture.”

“Women are creative and can do almost anything, but we are not always given equal opportunity to show our skills. I feel a deep sense of responsibility to help others have opportunities like those I had,” she says.

“We are starting to approach a kind of critical mass—where women will no longer settle for being pushed aside. We are starting to see more engagement by girls and women, but there are many challenges and dropouts along the way. We should examine why, and find what we can do as a society and find technologies that can help in the process. And yes, I am very optimistic about this.”