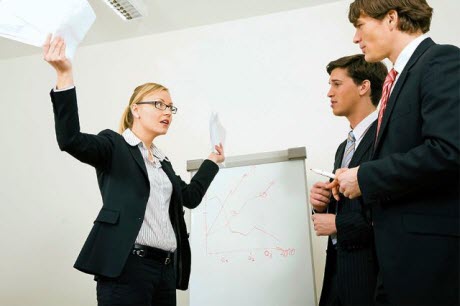 “When you experience rudeness, it makes rudeness more noticeable,” said lead author Trevor Foulk, a doctoral student in management at UF’s Warrington College of Business Administration. “You’ll see more rudeness even if it’s not there.”

The findings, published June 29 in the Journal of Applied Psychology, provide the first evidence that everyday impoliteness spreads in the workplace.

“Part of the problem is that we are generally tolerant of these behaviors, but they’re actually really harmful,” Foulk said. “Rudeness has an incredibly powerful negative effect on the workplace.”

The study tracked 90 graduate students practicing negotiation with classmates. Those who rated their initial negotiation partner as rude were more likely to be rated as rude by a subsequent partner, showing that they passed along the first partner’s rudeness. The effect continued even when a week elapsed between the first and second negotiations.

Rudeness directed at others can also prime our brains to detect discourtesy. Foulk and his co-authors, fellow doctoral student Andrew Woolum and UF management professor Amir Erez, tested how quickly 47 undergraduate students could identify which words in a list were real and which were nonsense words. Before the exercise began, participants observed one of two staged interactions between an apologetic late-arriving participant and the study leader. When the leader was rude to the latecomer, the participants identified rude words on the list as real words significantly faster than participants who had observed the neutral interaction.

The impact of secondhand rudeness didn’t stop there, however: Just like those who experience rudeness firsthand, people who witness it were more likely to be rude to others. When study participants watched a video of a rude workplace interaction, then answered a fictitious customer email that was neutral in tone, they were more likely to be hostile in their responses than those who viewed a polite interaction before responding.

“That tells us that rudeness will flavor the way you interpret ambiguous cues,” Foulk said.

“You might go your whole career and not experience abuse or aggression in the workplace, but rudeness also has a negative effect on performance,” he said. “It isn’t something you can just turn your back on. It matters.”