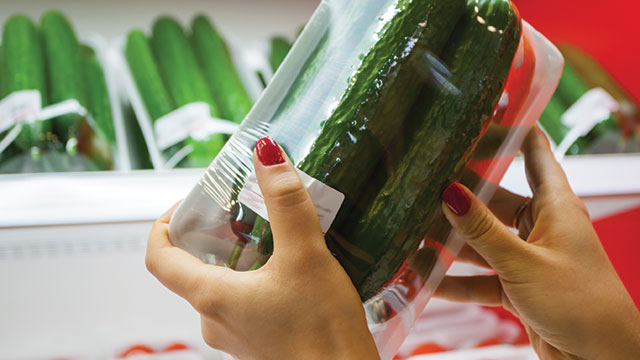 When you turn on a tap to get a glass of water, you expect it to be safe to drink. However, in many cases, that water has flowed through plastic pipes. When asked if water from plastics pipes is safe, Andrew Whelton, assistant professor of civil, environmental, and ecological engineering at Purdue University (West Lafayette, IN), says, “It’s pretty clear that there’s little to no data available for people who want to make an informed decision about that.” One potential problem is that a plastic supply line can leach chemicals into the water. The leached chemicals can be toxic themselves, and they can be transformed into other toxins. 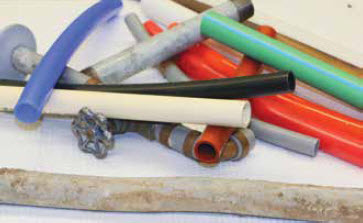 A wide range of pipes can be used for water supply lines, including these colored plastic pipes, and some of them leach chemicals.Image courtesy of Erin Easterling, Purdue UniversityPart of the problem with plastic pipes arises from variety. Take PEX, for example, which is a cross-linked polyethylene pipe. At Purdue, different PEX brands were found to leach chemicals differently; and even within brands, there was variation in leaching among pipes. “We bought one brand of PEX pipe in Alabama, and then we waited a year and bought the same brand in Indiana,” says Whelton. “They leached completely differently.” He adds, “The type of water you expose plastic pipe to also causes the pipe to leach differently.”

For now, homeowners have little information to go on. “If you smell an odor from your water that is caused by the pipe, you’re being exposed to at least one chemical, but pipes aren’t tested for odor,” Whelton says. “The question is: What is it and how much is there?”

Based on Whelton’s 15 years of experience in drinking water safety research, he believes many products are being used without an understanding of their leaching potential and other consequences. He says that the only way change will happen is if homeowners and contractors speak up.

Tainted water is bad enough, but leachables from plastics can also end up in drug products and food.

Like water, we expect medicines to be safe. Thus, manufacturers must ensure that the packaging is clean, high-quality, and doesn’t leach chemicals into the drug. “This mostly impacts biological medicines, like biosimilars and antibodies,” says Gyorgy Vas, business technical scientific liaison at Intertek Pharmaceutical Services (Whitehouse, NJ). “These are very sensitive to small-molecule contamination, because they are reactive.” 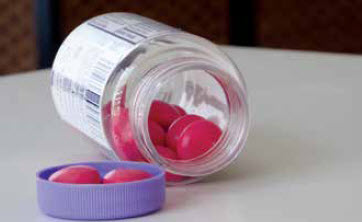 Medicines must be tested to ensure that no chemicals leach into them from a container.Image courtesy of the author.Some chemicals that are typically not harmful can become problematic in certain situations. As an example, butylated hydroxytoluene (BHT) is usually very inert. Still, says Vas, “BHT degradation products can react with the active site of protein drugs, and even at a low level they can make a drug ineffective; in addition to that, BHT has to be limited in ophthalmic products, as it is an irritant to the human eye.”

To ensure that packaging doesn’t impact medicines, manufacturers must do as much testing as is necessary. “The technology has been there since the late 1970s,” says Vas. “The question revolves around just how much money you want to spend.”

Analyzing potential leachables in plastic packaging usually requires an extraction technique and then mass spectrometric (MS) detection. There are millions of potential impurities in pharmaceutical packaging.

ANALYZING WHAT WE EAT

Like medicines, food can also be tainted by plastics. “Food has been packaged in plastics as long as plastics have been around,” says Andrew Kolbert, president and chief technology officer at Avomeen Analytical Services (Ann Arbor, MI).

Over time, though, analytical chemists keep improving the capabilities of detection. With liquid chromatography and MS, some platforms provide accuracy to four decimal places. Still, even 40-year-old technology could have tested foods for chemicals leached from plastic packaging. “This area of testing has not been driven by the technology,” says Kolbert. “It’s been driven by the attention focused on the problem.”

Like medicines, the analytical challenge in foods depends on the packaging material and what is being packaged. For a given plastic, the chemicals that come out can depend on the food.

“That’s not usually the case,” says Kolbert, “but there may be some interaction between the food and the plastic.” If you use polyethylene packaging, for example, butter or margarine—both fatty foods— might pull out different chemicals than cottage cheese, which is mostly water based. So, to be sure that a food is not being tainted, it must be tested with any kind of plastic packaging that is going to be used with it. Conversely, any plastic that is going to be used to package foods must be tested against all of the possible items.

Consider all of the plastic items that someone might come into contact with in their daily life. Any plastic child’s toy that could be mouthed needs to be tested for the potential of leaching chemicals. The same consideration must be given to plastic containers used to package foods and drugs.

Beyond the breadth of the problem, plastics create a never-ending analytical challenge because they need to be retested when reformulated. And even the same product might leach chemicals differently over time or from one place to another.