The process of grinding and milling is essential in many laboratory situations. Certain solvent-free reactions are conducted, for example, by the fine grinding of reagents together in a vessel to ensure close contact of individual particles. Grinding or milling is also essential to ensure that a sample is fully homogeneous before it is analyzed. Analyzing a sample that has not first been ground can produce misleading results, as the particular sample chosen may not be compositionally representative of the entire sample. It is for these reasons that many laboratories use some form of lab mill or grinder.

The basic action of milling and grinding has been used since the beginning of time. However, over the years, the tools used to grind materials have become more sophisticated, allowing particles of decreasing diameter to be produced within increasingly short periods of time. Much of this development was focussed on largescale mills for mining and other industrial processes. This article gives a brief outline of some of the most important stages in the evolution of mills and grinders specifically for use in the laboratory.

The process of grinding and milling has its origins in prehistoric times, when early humans pounded grains and nuts with stones to free the kernel from the hard protective shell. The earliest dedicated tools for this task are the mortar and pestle, which were developed during the Stone Age and have remained essentially unchanged throughout history. By around 2000 BC, the saddlestone mill had been invented, incorporating a horizontal fixed stone over which a moving stone was moved forwards and backwards. Corn and other materials could be ground more finely using a saddlestone.

Millstones, including the saddlestone, were the predominant grinding tools used until about 2500 BC, when the rotary quern was invented. The quern required a circular motion, which was much easier to maintain than the back-and-forth motion of the saddlestone. Although the particles produced from the quern were not as fine as could be achieved with the saddlestone, the quern became very popular because of its increased ease of use.

Around 1500 AD, the grinding of minerals was revolutionized when high demand for metals led to the development of water-driven stamp mills for grinding large volumes of pebbles into small particles. At this time, stamp mills were developed in which the pebbles were shattered by impact from a pounding hammer.

It was during the second half of the nineteenth century that jaw crushers, ball mills and air classifiers were developed. At the same time, high-capacity machines for ores and cement were introduced, with Schranz inventing the roller mill for grains in Germany in 1870. A patent for a beater cross mill with hinged hammers was granted to H. Currier in Great Britain in 1875.

Grinding machines became more precise during this time, allowing greater control over the final particle size and allowing grains and minerals to be ground incrementally.

During the early twentieth century, the introduction of electricity dramatically improved the technology of size reduction. The first two decades of the twentieth century saw the invention of vertical roller mills, as well as autogenous pebble mills in which rocks are thrown into a rotating drum, causing impact breakage of larger rocks and compressive grinding of finer particles. Rake classifiers were also introduced during this time to separate the fine particles from the coarse.

In 1922, Dr. Andrew Szegvari devised a brand new type of mill to create the extremely fine sulfur dispersion he required for rubber vulcanization in his new liquid latex process. He had discovered that conventional ball milling methods took too long to deliver the fineness he required. Szegvari developed a mill based on the dynamics of grinding media in random motion, now known as Attritor grinding and dispersing. This breakthrough marked the beginning of a new era in milling technology. In 1946, Szegvari went on to found the company Union Process, which is still in existence today.

In 1923, Retsch developed the company’s first piece of laboratory equipment, a mortar mill. This mill became known as the Retsch Mill, and is still in demand and highly regarded for enabling easier and better sample preparation.

In 1928, a patent was issued for Loesche GmbH’s roller mill by the Reichspatentamt in Berlin.

Also in 1928, a patent for the original vertical stirred ball mill was issued. This type of mill tends to be used for low-capacity, non-abrasive applications.

In 1950, the jet mill was invented. The Jet Pulverizer Company, Inc. was awarded one of the original patents for jet energy milling equipment, an instrument which has now evolved into the Micron-Master® mill. In a jet mill, the process material is driven at near sonic velocity around the perimeter of the mill by jets of air or steam. No grinding media are involved. Jet mills are available in a range of sizes, from laboratory scale to high-capacity production sizes.

In the early 1960s, Willy A. Bachofen (WAB) introduced the TURBULA® mixer worldwide. The TURBULA is a three-dimensional shaker mixer used for the homogeneous mixing of powdery substances of different weights and particle sizes. The efficiency of the TURBULA mill was achieved by a combination of rotation, translation and inversion motions.

At the end of the 1960s, WAB introduced the DYNO®-MILL, the first agitator bead mill with a completely enclosed horizontal grinding cylinder. In the DYNO-MILL, specially designed agitator discs mounted symmetrically on a shaft transfer the energy required for wet milling and dispersion to the spherical grinding beads.

In 1975, centrifugal mills were invented for ultra- fine grinding by exploiting centrifugal forces generated by gyration of the axis of the mill tube in a circle. The mill charge motion depends on the ratio of the gyration diameter to the mill diameter, varying from a motion similar to that of a conventional tumbling media mill to that of a vibration mill.

In 1975, computer-control techniques were introduced for grinding circuits, improving control over grinding and milling.

In 1982, Daesung Chemical Machinery Ind. Co. developed a pilot Dyna Mill for ultra-fine wet-grinding and dispersing applications in the laboratory.

In 1984, a U.S. patent was granted for the horizontal media mill, which represented an improvement over previous vertical mills. The horizontal mill allowed a high degree of fineness/ dispersion without clogging the mill itself.

In 1993, high-speed horizontal disk mills were developed for the rapid production of fine particles or dispersions.

In 1995, Fritsch GmbH invented and patented the planetary mono-mill, a single station planetary ball mill equipped with only one grinding station.

In 2005, a patent was filed for a bladeless mixer/mill for agitating and mixing compounds and products.

In 2006, Fritsch GmbH introduced its premium line of planetary mills, which offered higher performance and capacity, improved operation and greater safety than planetary mills available at the time.

In 2007, SPEX SamplePrep LLC introduced the Model 6870 Freezer/Mill® for samples that cannot be ground at ambient temperatures, such as polymers, wood, bone, hair, rubber and plant/animal tissue. Samples were placed in the grinding vial and then immersed in liquid nitrogen to make them brittle before being pulverized. Applications of the Freezer/Mill included DNA/RNA extraction, diffraction studies of soft materials and pharmaceutical research.

In 2010, Fritsch GmbH redesigned its Pulverisette 5 planetary ball mill for a range of sample grinding ideal for mixing and homogenizing emulsions and pastes.

In 2010, Verder introduced the Retsch Grindomix GM 300 knife mill for the grinding and homogenization of foodstuffs for laboratory and analytical requirements. This mill allows the user to process sample volumes up to 4.5 L quickly and reproducibly.

In 2010, Retsch developed new synthesis methods and mills, including the MM400 mixer mill, to improve the reaction process in mechanochemistry applications. Retsch’s MM400 mixer mill offers the possibility of producing sample series and influence ambient conditions, for example, by pre-cooling the grinding jars in liquid nitrogen.

Finally, in 2010, SPEX SamplePrep LLC introduced the 6970 Enclosed Freezer/Mill®, which was based on the 6870 model. It included a totally enclosed liquid nitrogen auto-fill system for true cryogenic grinding, while eliminating user exposure to liquid nitrogen.

The future of laboratory mills and grinders

With the current level of interest in nano-technology, there is an impetus to develop particles on a smaller and smaller scale. New mill designs, as well as existing mill types such as planetary ball mills, are currently helping scientists and engineers advance nanotechnology by providing a consistent way to produce nanoscale powders. On the laboratory scale, mills will continue to be developed and refined, allowing researchers to produce particles that are even smaller, with a uniform shape and narrow size distribution. 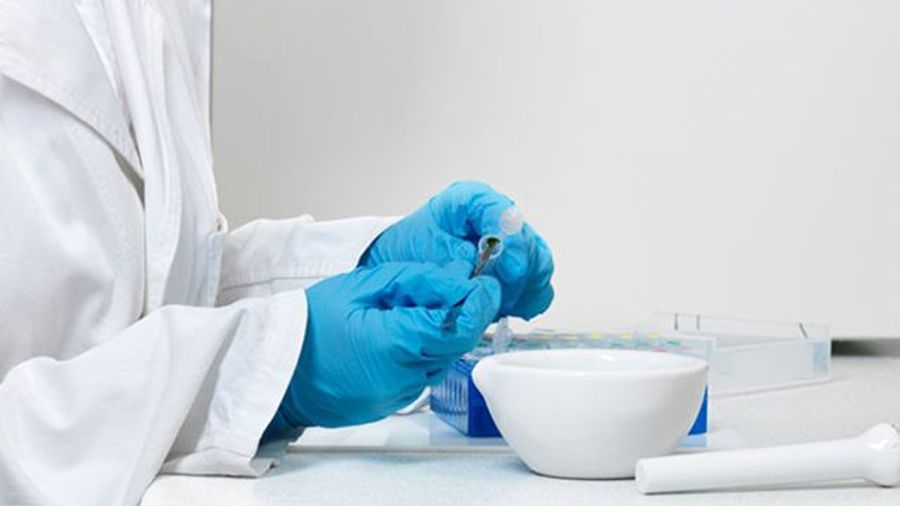 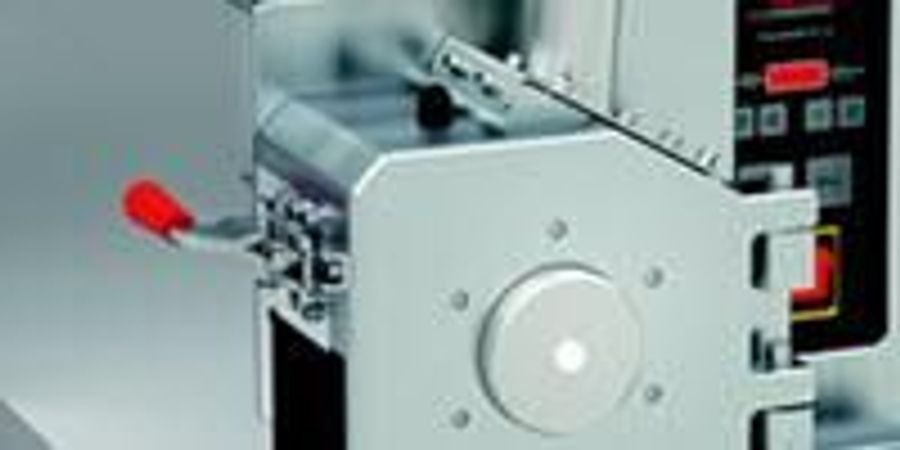 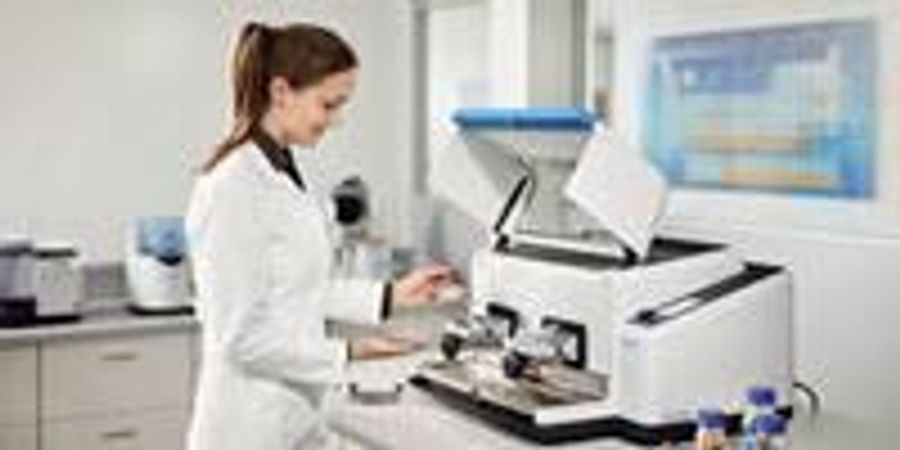 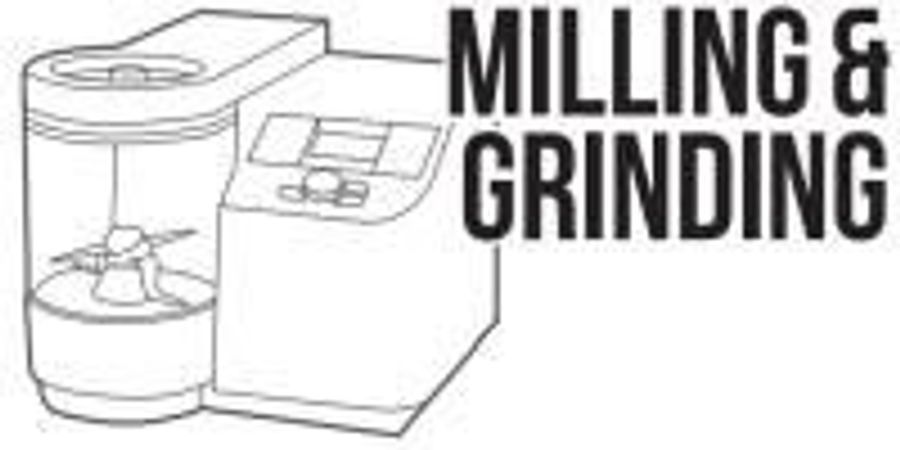