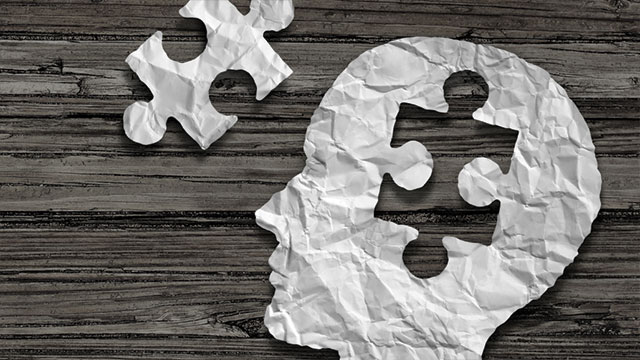 The wheels were beginning to wobble on the research collaboration with another lab in Singapore. Expectations of successful team science had been hijacked by interpersonal conflicts. The principal investigator (PI) in Boston vacillated between bouts of rage and weeks of magical thinking, hoping disputes would reach their own accord if he ignored them long enough.

The PI was hardly the first whose preferred mode of handling conflict is avoidance, a common trait among scientists. But then the contagion began to spread. As the Boston lab fell further behind schedule, several team members conspired to shift the blame to technicians in the Singapore lab. What began as a quest for a game-changer had devolved into an exercise in transoceanic finger-pointing.

Amidst the ruin of their collaboration, funders pondered their failure. Team members had impeccable technical and analytical credentials, beyond the standard price of admission into the research community. These were more like all-stars, not some random bunch. How could anything go wrong?

The forensic evidence was unambiguous—death at the hands of a PI clueless about leadership, a manager short on emotional intelligence (EI). If you can’t manage your own emotions, how can you expect to manage others’?

“If I had one piece of advice to give,” says investigator Thomas Cech, past president of the Howard Hughes Medical Institute (HHMI), “it’s that although you’ve been hired for your scientific skills and research potential, your eventual success will depend heavily on your ability to guide, lead, and empower others to do their best work.”

But these traditional measures cannot account for variance in work performance or career success, especially among top managers and other senior leaders. Nor do they unravel the mystery of why those of average intelligence frequently outperform the more intellectually gifted with top-tier IQs.

The relationship between thought and emotion has been batted around for millennia. The Stoics of ancient Greece and Rome believed emotion was too volatile and unruly to be useful in rational pursuits—a sentiment scientists often personify.

As modern psychology progressed, the comingling of thinking and feeling received greater attention from psychologists who began to expand accepted definitions of intelligence. Harvard’s Howard Gardner became an overnight sensation after his 1983 book Frames of Mind proposed the existence of multiple distinct forms of intelligence, including “intrapersonal intelligence . . . as a means of understanding and guiding one’s behavior” and “interpersonal intelligence,” an ability to understand the motivations and desires of others.

Building on that, a 1990 study by two cognitive psychologists— Peter Salovey and John Mayer—proposed an ability-based model to measure emotional smarts across four subsets: perceiving emotions, using emotions, understanding emotions, and managing emotions. EI, they concluded, constitutes “its own form of intelligence” that one develops by processing emotions and applying the body of knowledge on the emotional arts. The Mayer-Salovey-Caruso Emotional Intelligence Test is the industry standard.

Salovey and Mayer are credited with bringing the term “emotional intelligence” to bear, but Daniel Goleman’s 1995 bestseller, Emotional Intelligence: Why It Can Matter More Than IQ, produced the big bang that popularized the concept. Later that same year, “What’s Your EQ?” was splashed across a Time magazine cover (the magazine substituted “quotient” for “intelligence”). When the Harvard Business Review printed an article by Goleman in 1998 on what makes a leader, the piece reportedly enjoyed that journal’s highest readership percentage in some 40 years. EI was on its way to becoming a serious line of scientific inquiry.

Goleman’s seminal architecture included five domains: knowing and managing one’s own emotions, motivation, managing relationships, and recognizing others’ emotions. Today, proponents generally regard EI as a set of abilities that allows individuals to understand and regulate both their own emotions and the emotional wants and needs of others.

Neuroscientists have since weighed in with evidence that emotion and cognition are interwoven in mental life and not just two discretely independent operators. A 2013 study published in Psychological Science found that individuals with lower levels of emotional self-awareness were more apt to have random anxieties interfere with their decision-making processes. And according to another study, in Cross Cultural Management: An International Journal, EI represents “a practical and theoretically coherent, reliable, and valid approach to assessing and developing individuals in diverse cultures.”

“My research, along with recent studies, clearly shows that emotional intelligence is the sine qua non of leadership. Without it, a person can have the best training in the world, an incisive, analytical mind, and an endless supply of smart ideas, but still won’t make a great leader,” poses Goleman.

But that remains to be seen by many in the research community, where EI is variously dismissed as a contradiction in terms, a piece of pop psychology, or a messy paradigm that doesn’t hold together. Goleman’s claims for EI’s role in workplace success were audacious—he announced that IQ accounted for just 25 percent of performance, then subsequently revised that downward. For an old-school researcher, it was just noise. Spending time on soft skills like EI is highly optional—who can get anything done watching everyone’s body language or facial expressions?

For proponents, EI’s platform is a launching pad to personal and professional success. Salovey touts its salutary influence over “a number of important real-world outcomes,” citing supervisors who rated their emotionally intelligent employees as “more interpersonally sensitive, sociable, tolerant of stress, and possessing more leadership potential. EI-skilled individuals were “positively associated with rank and salary” in companies studied.

And here’s the real payoff: Leaders who push the right emotional buttons can activate the internal reward systems of individual staff members, driving labs to levels of dazzling peak performance. Find their sweet spots and turn them on—intrinsic motivation, as opposed to extrinsic motivators like money or acclaim, is inspiration in its most pure and potent form.

EI has a toehold, but its momentum is evident. The National Institutes of Health (NIH), American Association for the Advancement of Science, HHMI, Cold Spring Harbor Laboratory, and Burroughs Wellcome Fund are among the institutions providing support and legitimacy. An increasing number of management schools include EI-related material in their curricula, and it’s finding its way into more corporate cultures. Teaching is picking up at the professional level. The home page of the Clinical Laboratory Management Association’s Laboratory Leadership Academy’s Internet site opens with an explanation of how EI can “unlock your potential.” The story is the same in Europe—EI is taught sparingly, but offerings are popular.

Some are born with the gift of EI, or pick it up as they go along. Remarking that someone “acts like a leader” implies he or she is emotionally adept. “EI may be learned through life experience,” says Goleman, “. . . (however) . . . we argue that without sustained effort and attention, individuals are unlikely” to improve aspects of their EI.

Goleman’s seminal book “made intuitive sense” to Carl Cohen, who was climbing biotech’s executive ladder in Boston. It started Cohen thinking about the characteristics that made him and others either more or less effective in their dealings with people, particularly in the workplace. “Concepts like empathy and insight into myself helped me personally and professionally,” moving him to share his observations with scientists “who as a class might not be as high on the emotional spectrum as others.”

When Cohen began his EI workshops some 20 years ago, he “had a hard time breaking into the scientific world. I was on the executive council of the American Society for Cell Biology and proposed running my most popular workshop, called ‘Negotiation Skills for Scientists.’ The program committee rejected it flat out,” he says.

Cohen founded Science Management Associates in 2003 to provide an array of services—teaching, coaching, and consulting. NIH is his biggest client. He’s worked with most of pharma’s top ten firms. He qualifies as the de facto godfather of teaching EI to scientists.

2016 shapes up as his “busiest year. I really think there’s been a sea change in how people view the importance of interpersonal relations in doing science, especially among the younger generation. Science is no longer done in isolation, if it ever was. It requires working with people and collaboration.”

Does he regard intrinsic motivation as the big payoff for lab managers? “So they say, but I phrase this issue in a converse way. All scientists are motivated. An emotionally intelligent manager will not demotivate [his or her] lab staff and berate, belittle, intimidate, and set them against each other.”

Cohen pitches EI “as a set of behaviors you can adopt for a set of situations,” not some “nirvana” awakening. His workshops use experiential learning and role-playing to educate participants about behavioral and tactical tools to get them over emotional bumps in the road.

“Pretty much everything we do as scientists are negotiations—discussing how to interpret data, planning experiments, or disagreeing over first authorship of a paper. To do this well you have to know something about yourself and other people.

“Scientists will believe you if you show them data from their workshop experience,” he explains. So Cohen might break his workshops into pairs and give them ten minutes to negotiate “every scientist’s worst nightmare: Two scientists worked on a project. Both contributed equally but in different ways. Then their supervisor tells them only one can be first author. How do they negotiate that decision?”

Know thyself is the primary tool, says Cohen. “Be aware of what you’re feeling and be cognizant of what that feeling might compel you to do unless you’re paying close attention. Always maintain your equilibrium.”

Negotiations “are almost never about the surface topic. So I tell people to focus on their underlying position. The negotiation becomes much richer if you start talking about what you hope to accomplish by being first author, because it opens up opportunities for nonobvious ways to achieve that bottom line.

“Let’s say one of those two guys is new to the lab and the other has been there five years. The five-year guy wants to find [another] job. Being first author could help, but it might take nine months. Suppose we agree that he can present the paper in front of 1,000 people and network his way into a job, while the new guy, who still has four more years to go, gets first authorship.”

And if all else fails, go read something by Chekhov or Alice Munro. A study published in the journal Science found that literary fiction builds readers’ sensitivity to emotional nuance and body language because it compels readers to make inferences about the characters of people in the book. It’s a start.