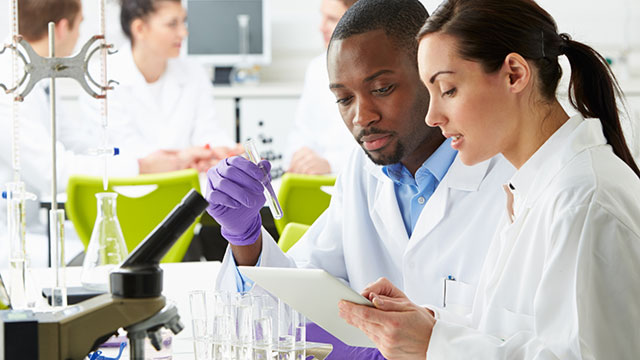 It wasn’t long after Ben (formerly Barbara) Barres transitioned to a male that he began to notice people were treating him differently. Although Barres was already a professor of neurobiology at Stanford University School of Medicine at that point, he found that his new male identity was earning him a higher level of respect and praise. In a 2006 commentary, Barres recalled that after delivering a seminar, he overheard a faculty member who was unaware of his recent gender transformation remark, “Ben Barres gave a great seminar today, but then his work is much better than his sister’s.”

For Nancy Hopkins, professor emeritus of biology at MIT, this is a prime example of the widespread phenomenon of implicit bias—the tendency to unconsciously attribute certain traits to members of a social group.

Hopkins made waves in the academic community in the late 1990s when she and some colleagues published a groundbreaking report on the status of women in MIT’s Faculty of Science. What started out as three tenured female faculty casually discussing the quality of their professional lives morphed into a striking account of how women across science disciplines were experiencing systematic gender discrimination. Their findings prompted other top research universities in the U.S.—including Harvard, Yale, Princeton, and Stanford—to follow suit by collecting similar data.

Through the MIT data, a clear pattern emerged: tenured women in science, despite having professional accomplishments that equalled those of their male colleagues, consistently received lower salaries, had access to less lab and office space, got passed over for awards, and were allocated fewer resources. As the report concluded, “Most discrimination at MIT, whether practiced by men or women, is largely unconscious.”

The fact that it is, for the most part, hidden from consciousness makes gender bias a tricky problem to fix. Hopkins declares, “It’s almost impossible…it’s invisible.” Even women often lack insight into gender bias that surrounds them.

“It never crossed my mind that it was discrimination—it was just reality,” says Hopkins of being told as a young faculty member that she couldn’t teach a large science class at MIT because students wouldn’t believe scientific information coming from a woman.

It took about 20 years before Hopkins became aware that something was wrong—that she and her female colleagues were not advancing in their careers to the same degree as their male colleagues. “And once you start to see it, it’s very, very demoralizing.”

Fast-forward to today, and the situation has improved: “Huge progress has been made,” Hopkins reflects. That’s because, once implicit gender bias was on the their radar, administrators began putting more checks and balances in place with the aim of ensuring fairness at the university. Much of the progress was a direct result of the steps taken by Hopkins and other faculty members to document evidence of gender bias and bring it to the attention of the administration.

Jessie DeAro would agree that data can serve as an effective weapon against implicit gender bias. As director of the National Science Foundation’s (NSF) ADVANCE program, which aims to increase the representation and advancement of women in academic science, DeAro knows that implicit bias has the potential to influence decisions in a range of processes, including promotions, allocation of service or teaching assignments, and hiring. “Most institutions don’t collect data on faculty searches,” she notes. “Without having that data, institutions can’t know if they have issues at any step.”

This is where ADVANCE comes in, working with organizations to collect data, identify issues, and then put mechanisms in place to mitigate bias. One of the program’s approaches is to develop written policies to better define ambiguous processes so that there is no room for implicit bias. Another strategy is to offer training on implicit bias to faculty; several institutes currently participate in the STRIDE program, an offshoot of ADVANCE, which focuses on providing training to members of search committees to help them minimize bias in faculty hiring.

Related Article: Being More Like Men Does Not Help Women in STEM Careers

Of course, unconscious bias is not the only issue women in science face; there are biological factors at play as well. Taking time to have children, go on maternity leave, and care for their families can all keep women from advancing in their science careers.

In this realm, simple adjustments can go a long way. Douglas Hilton, director of the Walter and Eliza Hall Institute of Medical Research in Melbourne, Australia, writes in Nature about a number of initiatives implemented at his institute that are improving the gender balance. Ensuring that meetings are held within school hours, for instance, gives researchers with children a chance to attend. On-site daycare is ideal, but in its absence, an office can be set aside in which children can play or do homework under their parents’ supervision.

The Institute also demands that at least half of invited speakers for workshops or conferences are women. And to ensure policies are implemented and their progress monitored, a gender equality committee was formed.

Other ideas, Hilton writes, require greater consideration and investment. He and his colleagues are making a concerted effort to appoint younger faculty members, for example. This shift would positively impact women who wish to have children, as lowered productivity during maternity leave is more damaging to one’s career prospects if it is taken during the postdoc stage, which often coincides with prime child-bearing years.

With more institutes and organizations putting gender equality on the agenda, the gender gap is gradually narrowing. “Are we one hundred percent there? Probably not. But at least the arrow is in the right direction,” says Allison Campbell, who currently serves as president of the American Chemical Society. The previous two presidents were also women. “I believe that’s a first,” she says.

“I think more than ever before there’s a lot of opportunity for women in science,” she continues. Campbell has witnessed more and more women becoming presidents of their societies. She has also seen growing diversity in leadership positions, both on the management end and in the technical realm, and women increasingly winning major national science awards.

But in the biotech industry, the data paint a bleaker picture. A recent Liftstream report that assessed 177 biotech companies that filed for IPO between 2011 and 2015 reveals that women hold only about 10 percent of board positions. The report projects it will take 40 years to reach gender parity on boards.

“I think we’re going to do better than that,” says Rosana Kapeller, MD, PhD, chief scientific officer at Nimbus Therapeutics. She draws attention to another key finding of the report: Companies with at least one woman on their board tend to out-perform those with all-male boards in terms of share price. Essentially, diverse boards are good for business.

The fact that diversity impacts the bottom line means there is a real impetus for companies to get women on their boards. Unfortunately, a private biotech’s control over board composition is limited; these boards are largely formed around investors, most of whom are men. At most, Kapeller and her colleagues can talk to board members and express their desire, and reasons, to include women.

Private biotechs do, however, exercise control over who gets hired into leadership roles—the so-called C-suite (CEO, CSO, etc.); these positions are still filled by men in the vast majority of cases. In Kapeller’s opinion, companies need to build gender diversity into their set of goals, putting it on par with objectives like bringing a product to clinic. “Once the company embraces it and really makes it a business imperative, things will change,” she says.

As much as companies need to do their part, Kapeller stresses that women need to take responsibility as well. She echoes the mantra touted by Sheryl Sandberg, chief operating officer of Facebook: “We have to lean in.”

This means women must not shy away from opportunities or underestimate their own value. “Jump into the swimming pool; throw your hat in the ring,” Kapeller advises. “That’s what makes both men and women successful.”

For Campbell, it is not only a question of how women in science act, but also how they interact with one another. “As a community of female scientists,” she says, ”we have to work hard to hold each other up—to encourage and promote ourselves.”

“If we can’t do it to each other, we can’t expect others to do it for us. We have to model the behavior we expect out of others.”

50 Years of Research Productivity Trends across Fields and Genders

50 Years of Research Productivity Trends across Fields and Genders

Homage to the Heroines of Scientific History

Homage to the Heroines of Scientific History