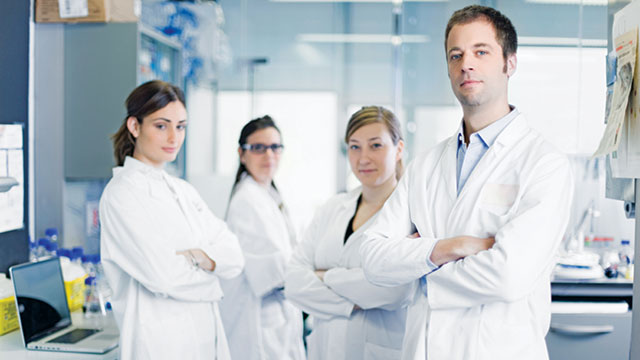 Creating an Open, Safe Work Environment is the Key to Healthy Employee Relations

We’ve heard it time and time again from lab managers we’ve interviewed over the years—the main drivers of success in the lab are its staff and how well they work together as a team. A team that spends its days bickering and blaming one another for its failings isn’t going to get very far, and the lab will suffer as a result. As a manager, it’s critical for you to create an environment that prevents your team from devolving to the point where they’re arguing daily and to recognize the early warning signs that all is not right with your team, signs that aren’t always easy to spot.

Rick Parmely, founder of Polished and Professional LLC, a training company that specializes in improving the communications of groups, including individual scientists and managers, says there are five different symptoms of an unhealthy team that he’s encountered over his years of coaching organizations. The first is a lack of open communications, which can often lead to the second sign of trouble—passive-aggressive behavior.

Daniel Levi, a professor at California Polytechnic State University who teaches a course in teamwork psychology, agrees that lack of conflict in team meetings— where people either agree with the topic of discussion or don’t say anything—is one of the main subtle signs that something is wrong. He says low levels of conflict and disagreement actually show that people are thinking and working together, making a healthy team.

“When there’s no conflict and there’s always agreement, that’s typically caused by one of two things: either people don’t care about the task much—they care more about getting along than they care about the job—or people are afraid,” says Levi, who has also written a textbook on team dynamics. “Either the leader is a bully or someone else is a bully, and so they’re afraid to speak up.”

That fear of speaking out can also be caused when managers over-discipline an employee for voicing an opinion.

“You may get everyone on the team not willing to speak up after that,” he says. “I always emphasize that silence is not agreement and that managers can get a lot of silence out of their employees, [but] that doesn’t mean that their employees agree with them. More often, it’s that the employees don’t feel safe enough to disagree.”

The passive-aggressive behavior that Parmely mentions can occur after such agreeable meetings can sometimes escalate into the third and more obvious sign of a troubled team—open criticism. From there, it can lead to a fourth sign that things aren’t well in your team—work slowdowns. Parmely said that fourth point in particular resonated with a group of CEOs, VPs, and directors of laboratories in the U.S. that he recently gave a presentation to.

“They had seen [their staff] saying that they worked so hard on the night shift but really didn’t get anything done,” Parmely says. “It was clear at some point that it wasn’t always just equipment. It was just generally not wanting to work, or work slowdown.”

The fifth and final hint that your team is in trouble, Parmely adds, is simply a general lack of enthusiasm or commitment.

“Regardless of what the company is trying to accomplish, whether it’s Dell trying to be the largest computer corporation or it’s another company, you’ve got to have an enthusiastic workforce,” he says. “If they’re not enthusiastic, it’s very easy to see that in the way they do the work.”

To that list of signs, Levi adds that confusion over roles is another thing to look for in your team.

“Really well-functioning teams have roles, and the roles are linked together in a pattern so that people need to work together to succeed,” he explains. “When you have confusion about roles or disagreements about roles, you’ll see that, for example, too many people are working on one part of a project and no one’s working on another part of a project.”

Sometimes called the “missing parts problem,” confusion over roles can be seen most obviously when people blame one another for work not being done or for other errors, claiming it wasn’t their job but someone else’s to handle that particular task.

“That’s an issue where the manager or the team leader needs to come in and get everyone to acknowledge and agree upon how everyone’s linked together and what the various roles are.”

Staying out of trouble

Once managers start to see any of these signs cropping up in their team, there are a number of strategies to keep them from becoming major problems:

“When you meet frequently, give positive feedback,” he says. “Don’t dwell on the negatives. Have an open agenda.”

He adds that managers should not dismiss the obvious warning signs of trouble with their teams, or dismiss staff concerns. “I would try to address [those concerns] and treat everybody fairly and meet as openly and be as frank as possible in those frequent meetings.”

To that, Levi adds two more strategies to ensure open communication and prevent false agreement in meetings—create a safe environment for people to talk, known as “psychological safety” or a “supportive communications climate.” Building trust is essential to create that environment but can take a while, he adds.

“It takes a long time to build trust, and so if you need to build trust quickly, like if you’re flying an airplane with a group of people you don’t know, the manager has to be the person who ensures trust and safety,” Levi says. “Of course, he or she has to have that relationship with people or that authority to do that.”

Levi’s second way to ensure that staff feel secure in voicing their opinions is to emphasize respectful communication.

“The other kind of technique is the notion of spending time and talking about what are the ‘norms’ of the group,” he says. “Something like respectful communication should be the norm of the group, and everyone is responsible for enforcing that norm. Norm-building activities are really useful, because I think that often people are confused about what the norms are because they’re implicit rather than explicit.”

He adds that clarifying such norms is easier than trust building, because building trust takes so much time.

In dealing with passive-aggressive behavior, listening is the main strategy.

However, when things devolve to the point of open criticism, some sort of action is usually required, Parmely says.

“Do it in some way,” he says. “You can’t dismiss all suggestions as inconsequential or bad, and most suggestions require action of some kind. That action might be saying, ‘That’s a great suggestion, I’ll give that some thought,’ or ‘I’m not sure that we can make that happen today, but let me look into it, and I’ll get back to you in a few days.’”

When dealing with criticism from staff, managers should not be inactive on challenges or minimize the gravity of the situation. “You might not be seeing the whole issue, but don’t quickly dismiss it and say, ‘This isn’t something I need to deal with right now,’” Parmely says.

“We shouldn’t look at dissidents in our groups as a problem,” he says. “We should look at them as an asset.” That means trying to find a way to use their good suggestions and give them credit and praise. “Those are the things that make your team strong and unified.”

He adds that managers should avoid the common tendency to focus on the negatives and shouldn’t be suspicious of people in their group.

“That’s [being suspicious] a very common tendency of people and, frankly, we all have to fight that tendency, especially if we’re looking for solutions,” he says. “We don’t want to isolate or label people in our group. It may come to that, but that’s not what we want to do as a normal course. We want to commend people and try to avoid this labeling of people and being suspicious of them.”

Overall, open communication is where a good team environment starts, and it should help a team avoid getting into trouble in the first place. To achieve that, managers need to get their team not only comfortable with each other but also comfortable with the manager. This can be done through icebreakers and other activities to build social relations, Levi says. “Managers destroy communications by their own presence,” he says. “The hardest part of social relations in a team is having the high-status person in the room because their power, their status, disrupt communication. So doing social activities to kind of soften that and get people to feel freer to talk is really useful at the beginning.”