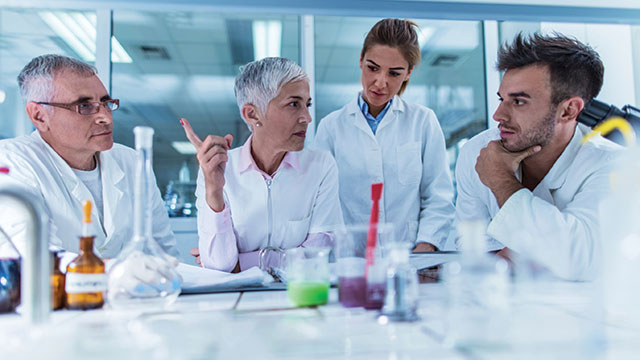 Do you complain in public about meetings?

Do you make comments that are really intended to obfuscate the current issue?

Do you bring up old subjects that have already been resolved?

Do you belittle other participants and their opinions?

Do you arrive late and leave early? Physically or mentally?

Do you respond to emails, read documents, etc. during the meeting?

Occasionally, a group member's negative behavior can derail a meeting. Reasons for negative behavior may include a meeting climate that avoids confrontation, personal style, or even the "rush" that such actions cause. Understanding these negative behaviors and how to deal with them can help you turn around potentially disastrous situations.

Some people need the spotlight all the time. They attract attention with nonverbal behavior as well as with words. They have a comment on everything, relevant or not, and always try to have the last word. Meeting managers need to have a private chat with such people and let them know that their behavior gets in the way of the group's progress. It may take several discussions to get their behavior under control.

Solution: Develop a code or a signal between the manager and the dominator so that the latter knows when to stop.

Positing ideas as if there are no alternatives tends to polarize issues between opposing viewpoints. An either/ or attitude hardens positions and closes out alternatives. In reality, alternatives, concessions, compromises, and new directions almost always exist.

It is possible to exert considerable influence through silence. Some people use silence to try to attract attention; others use this technique to disrupt the meeting flow. Watch particularly for people who are strong contributors, then suddenly become quiet. Silence is difficult to spot because it is what many meeting managers really want, but it can be a strong clue that things are not going well.

Solution: Periodically ask everyone, individually, for input, observations, and thoughts.

Sometimes group members find people who are unaligned or undecided and try to recruit them. Done in a positive manner, this alignment can be helpful. Too often, however, the result is counterproductive and simply hardens positions.

The intent of hidden agendas may be to increase personal power, or decrease the power of the meeting leader. At other times, the goal is to get the group to agree to something that is beyond its scope, counter to its real purpose, or a reversal of a previous decision.

Solution: Test comments and pronouncements against the published agenda by asking, "Is this what we are meeting about today?"

Agreement: too much, too soon

When everyone agrees too quickly and with too little discussion, it can be a problem. Individuals start to act as if each knows what everyone else thinks, and they can fall into the habit of being "yes men and women.”

Solution: Encourage discussion of issues, particularly when agreement seems to be too easy.

To successfully manage meetings, scientists need to learn a "dance" that begins with control and direction, proceeds to opening the meeting and encouraging participation, and closes with a soft consensus-building style.

Related Article: Ensure That You’re Understood When You Speak

The key to good meeting management is to recognize when each role is appropriate, to feel comfortable in shifting into your various roles, and to understand that role changing does not imply you are indecisive, insecure, or manipulative. Flexible thinking and knowing when to put on which hat is the key to being an effective meeting manager.

One final comment for scientists: in general, it is sometimes difficult to manage meetings in which there are various professionals with different areas of expertise, such as scientists, technologists, and administrative staff. The perceived status differences can be a serious obstacle. Furthermore, the independent way that scientists have been taught to think and work sometimes makes it difficult to create an atmosphere in which people feel free to participate fully. Two approaches are recommended: First, take on the role of a facilitator rather than a controller. Second, structure the meeting so that contributions from everyone are considered the norm and are expected, and that full participation is encouraged.

Even scientists who do not manage meetings can contribute to the advancement and success of their organization by becoming skilled participants. Being a productive meeting participant has other rewards besides helping a meeting run efficiently. The benefits include: (1) less time spent in the meeting; (2) increased influence, and thus the likelihood of your opinions being heard and your positions being accepted; (3) increased skills in meeting management; and (4) decreased boredom. The following are some tips for improving your meeting participation skills:

One of the most important roles that meeting participants can perform is helping others make their points in a clear and concise manner. Some people have difficulty speaking clearly to a group. It is also difficult for some to see how their ideas can benefit or influence others or how others will be affected by issues under discussion. You will discover that when you help clarify someone's points, it improves your understanding of the issue as well. You may also gain new respect for the other person's point of view, especially important in areas where you disagree or your reaction is more emotional than logical.

How many times have you wondered, "How did we get here? This discussion has nothing to do with our original direction." When things are not going well, restate the issues on the table. This helps people refocus, defuse an emotional moment, or take the pressure off a group member who has elicited an unwarranted hostile response from the group.

The use of well thought-out serious questions can help divulge what someone is really thinking. Use questions for enlightenment or clarification, not as battering rams. Meetings are not (or should not be) adversarial games of one-upmanship.

Act as a mediator

When the group is stuck and no one will concede a point, it is time for action, preferably by a nonaligned person—someone not in any camp. Offer suggestions such as accepting a previously stated idea, or introduce a new idea. Sometimes a previously stated idea will be a combination of ideas, a composite super idea. If all else fails, suggest the issue be put off until another meeting or referred to a committee.

Consider these useful comments to get people to agree. "What I think you are saying is..." or "What I see happening is...." or "What I feel is..." or "I wish you would tell us more about that..." or "It seems to me that we have these two positions..." are some useful phrases to clarify or diffuse a situation. Sometimes these comments are aimed at the proceedings (What is going on?), sometimes they are aimed at the participants (What are we doing?), and sometimes they are self-directed (What do I feel, see, think, believe?). Whatever the motivation, the effect of facilitation or intervention is that things begin to flow again. The best facilitator has a genuine interest in other people in the group and its goals, and grows in personal influence.

Even when you disagree with what someone is saying or if you dislike the speaker, you can still support the person's right to an opinion and the importance of his or her being heard.

Non-participation can be one of the most manipulative techniques. For example, for three meetings Jack has just been sitting there. He has not said a word, has not gone to sleep, has not shown a strong emotional reaction. He merely sits. Eventually everyone starts to watch him, trying to elicit some response, trying to read the mind behind the great "stone" face. Bingo! Jack has achieved exactly what he wanted: undue influence.

Too often in organizations, we assume that no response is a "yes" response. Check frequently to ensure that everyone has been heard or has been invited to comment. A good team member is genuinely interested in the other members' opinions on the issues.

The group has reached consensus when you have found a solution that everyone can live with. Consensus is not complete agreement; it is not a majority opinion; it is not a plurality. Consensus might arrive before you expect it to or it might never occur. That is why good meeting participants check from time to time to see where everyone stands. It is senseless to waste time "beating a dead horse."

Petty differences, minor power plays, hidden agendas and personality issues can fade when participants rediscover the real reason for a group's existence. It is a wise and powerful group member who can refocus a meeting by judiciously emphasizing the group's higher goals and thereby the members' areas of agreement.

Changing the state of meetings takes time, dedication, and focus. Begin by considering what is causing your meetings to be less efficient than you want, then review these techniques and select the ones that will help your meetings.

If you try some of the techniques we have described, you may walk out of your next meeting shaking your head and thinking “Hey, that went really well! We've got a great group of people! Everyone had something to contribute today!”

For additional information, the author suggests the following sources:

This article is Part II of an article published in November 2015, “Manage Meetings Better.” A link to that can be found at: http://www.labmanager.com/leadership-and-staffing/2015/11/manage-meetings-better