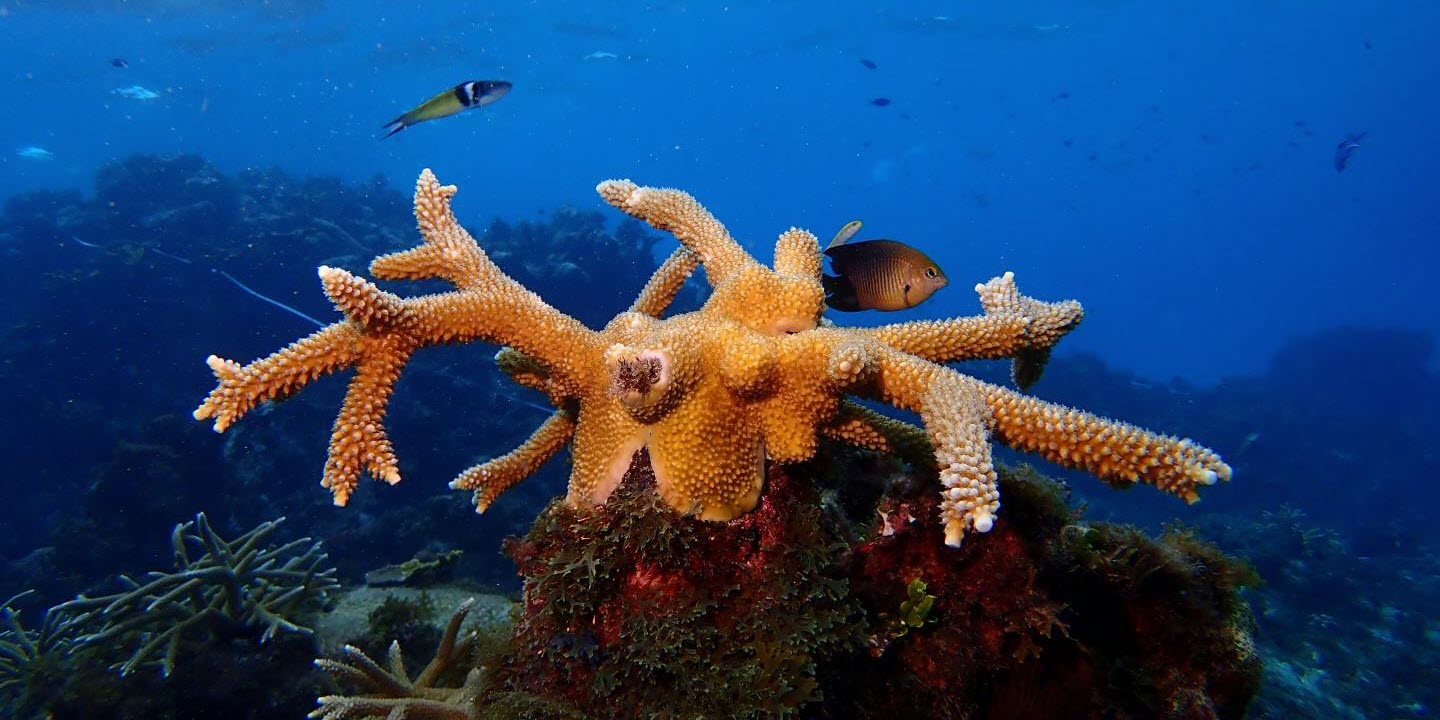 A fully-grown Acropora sp. coral, which has been grown in a nursery and is now thriving at the reef of San Andres, Colombia.
Corales de Paz

The most successful and cost-effective ways to restore coral reefs have been identified by an international group of scientists, after analyzing restoration projects in Latin America.

Much of this work is led by environmental non-government organizations (ENGOs), tourism operators, community groups, national resource management groups, and governments who rarely publish their great depth of knowledge. So we decided to bridge the gap between academia, ENGOs and other groups that restore coral reefs."

The researchers analyzed the motivations and techniques used for each project, providing estimates on total annual project cost per unit area of reef restored, project duration, and the spatial extent of interventions. 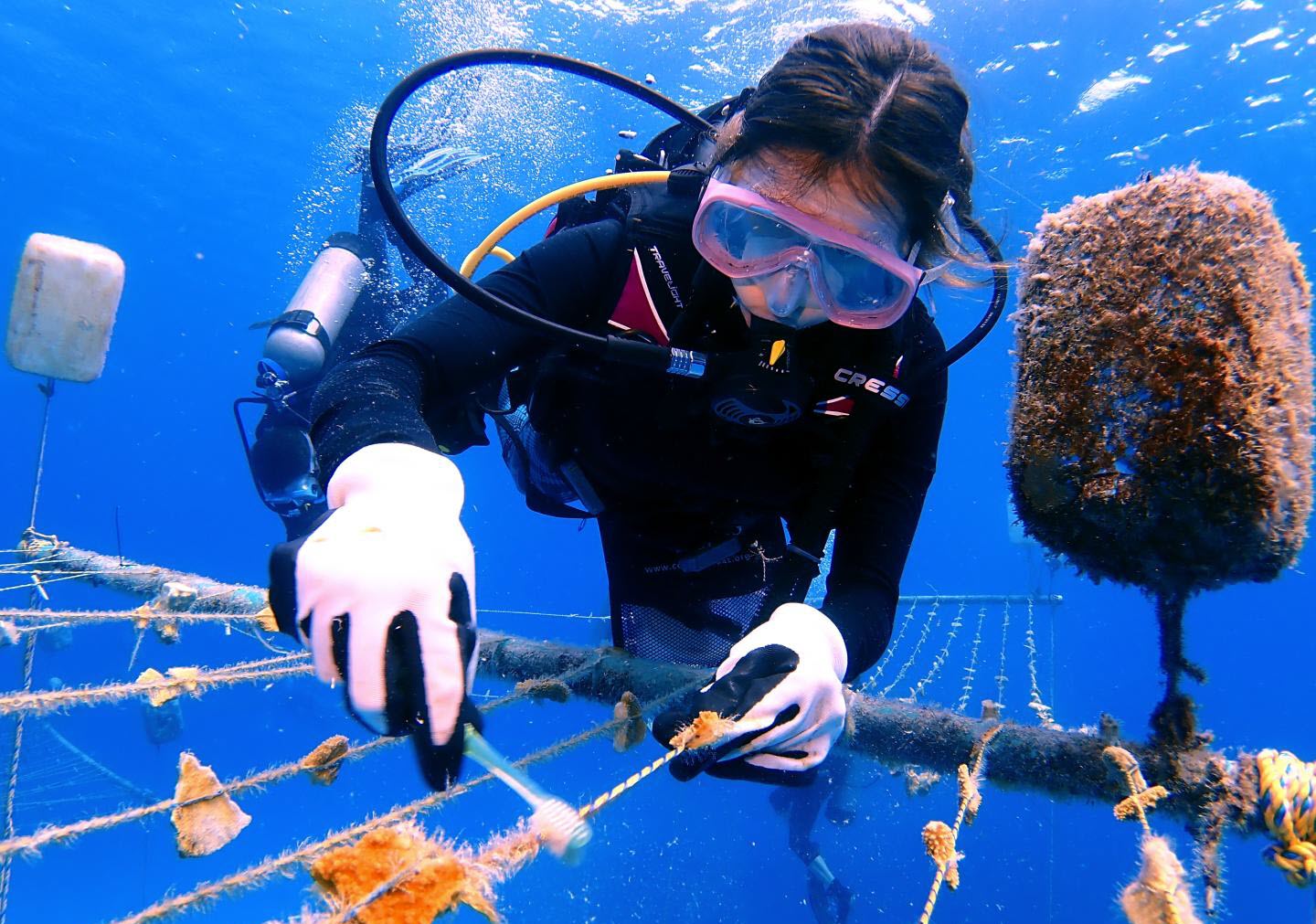 A research assistant at the ENGO Corales de Paz (Mariana Gnecco) is cleaning the rope coral nursery with a sophisticated cleaning tool, at San Andres, an island in the Colombian Caribbean.
Corales de Paz

The team found the most successful projects had high coral survival rates or an increase in coral cover, but that they also offered socioeconomic benefits for their surrounding communities.

"Projects that train local fishermen or recreational divers to participate in restoration, or engage with dive operators or hotels to support the maintenance of the coral nurseries, were much more effective and long-lived," Bayraktarov said. "We also found that coral reef restoration efforts in Latin American countries and territories were cheaper than previously thought—with the median cost of a project around US$93,000 to restore one hectare of coral reef.

The projects also had run for much longer than assumed, with some active for up to 17 years. And best of all, an analysis of all the studied projects revealed a high likelihood of overall project success of 70 percent."

Co-author Dr. Phanor Montoya-Maya, director and founder of the Colombian-based organisation Corales de Paz, said he was excited about the project's collaborative nature.

And to share the diversity of objectives, techniques, tools used, and methods to measure success in Latin America to encourage others to carry out similar work. We're providing critical project information—such as total annual project cost per unit area of reef restored, spatial extent of restored site, and duration—on how to best save our degraded reefs."