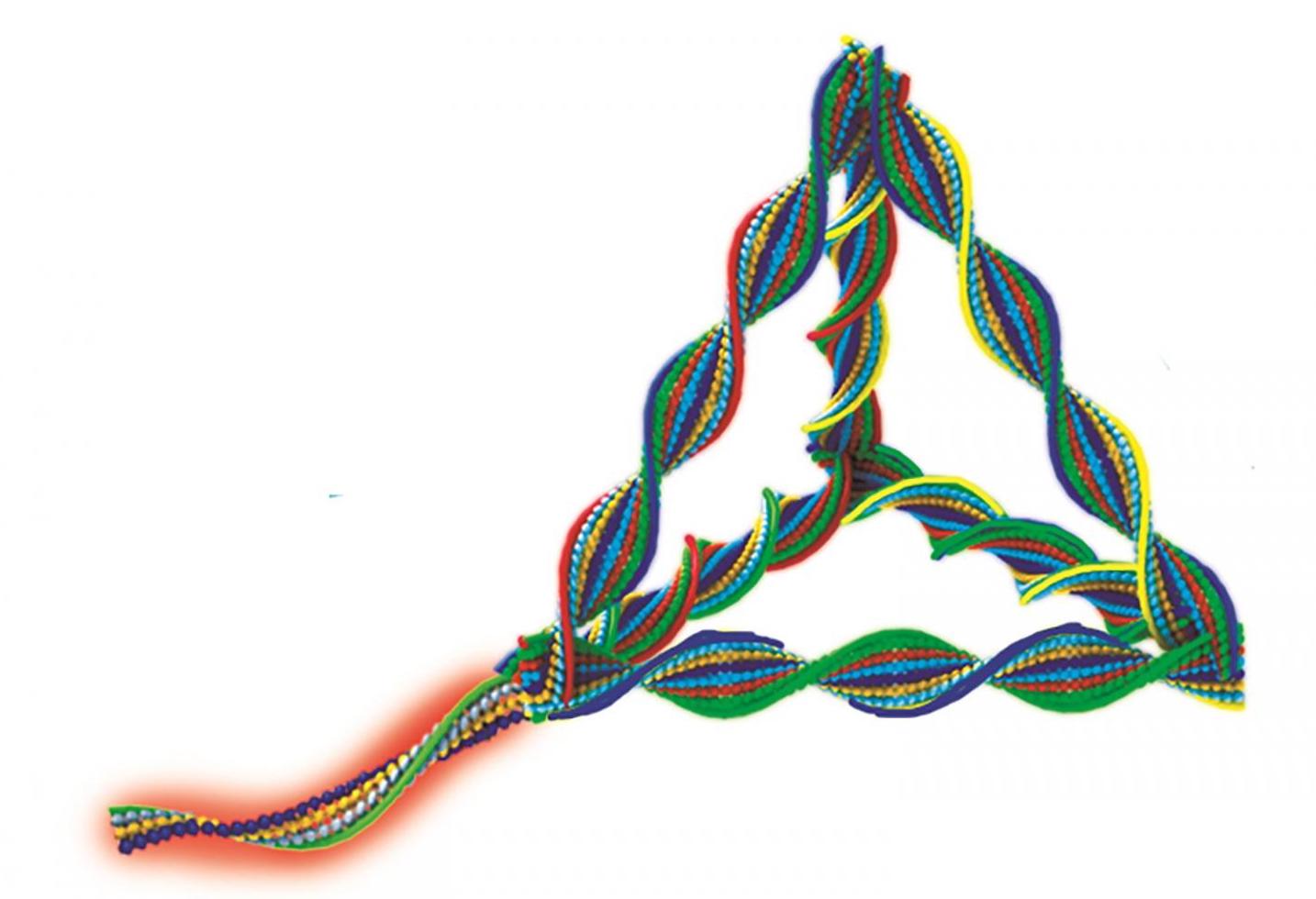 According to the Mayo Clinic, about 20% of breast cancers make abnormally high levels of a protein called human epidermal growth factor receptor 2 (HER2). When displayed on the surface of cancer cells, this signaling protein helps them proliferate uncontrollably and is linked with a poor prognosis. Now, researchers have developed a DNA nanorobot that recognizes HER2 on breast cancer cells, targeting them for destruction. They report their results in the ACS journal Nano Letters.

Current therapies for HER2-positive breast cancer include monoclonal antibodies, such as trastuzumab, that bind to HER2 on cells and direct it to the lysosome -- an organelle that degrades biomolecules. Lowering the levels of HER2 slows cancer cell proliferation and triggers cell death. Although monoclonal antibodies can lead to the death of cancer cells, they have severe side effects and are difficult and expensive to produce. In a previous study, Yunfeng Lin and colleagues identified a short sequence of DNA, called an aptamer, that recognizes and binds HER2, targeting it for lysosomal degradation in much the same way that monoclonal antibodies do. But the aptamer wasn't very stable in serum. So the researchers wanted to see if adding a DNA nanostructure, called a tetrahedral framework nucleic acid (tFNA), could increase the aptamer's biostability and anti-cancer activity.

To find out, the team designed DNA nanorobots consisting of the tFNA with an attached HER2 aptamer. When injected into mice, the nanorobots persisted in the bloodstream more than twice as long as the free aptamer. Next, the researchers added nanorobots to three breast cancer cell lines in petri dishes, showing that they killed only the HER2-positive cell line. The addition of the tFNA allowed more of the aptamer to bind to HER2 than without tFNA, leading to reduced HER2 levels on cell surfaces. Although the nanorobot is much easier and less expensive to make than monoclonal antibodies, it likely needs further improvement before it could be used to treat breast cancer in the clinic, the researchers say.