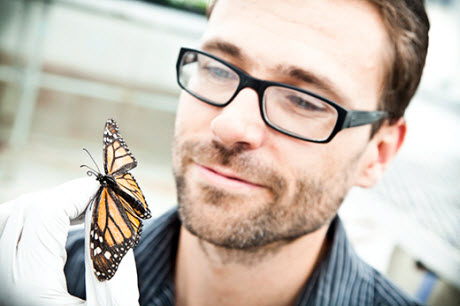 “We found that these changes caused by the fungi affect the growth of a protozoan parasite, so that monarchs become sicker on some milkweed plants and healthier on others,” says Jaap de Roode, the Emory University biologist whose lab led the study.

Proceedings of the Royal Society B published the results, which provide a more complete and complex picture of infectious disease ecology than before.

Most infectious diseases are studied as two-way interactions between one host and one pathogen. “Here, we show that interactions among species from four different biological kingdoms – animals, plants, fungi and protozoa – determine infectious disease risk,” says Leiling Tao, the lead author of the study and a post-doctoral fellow in the de Roode lab.