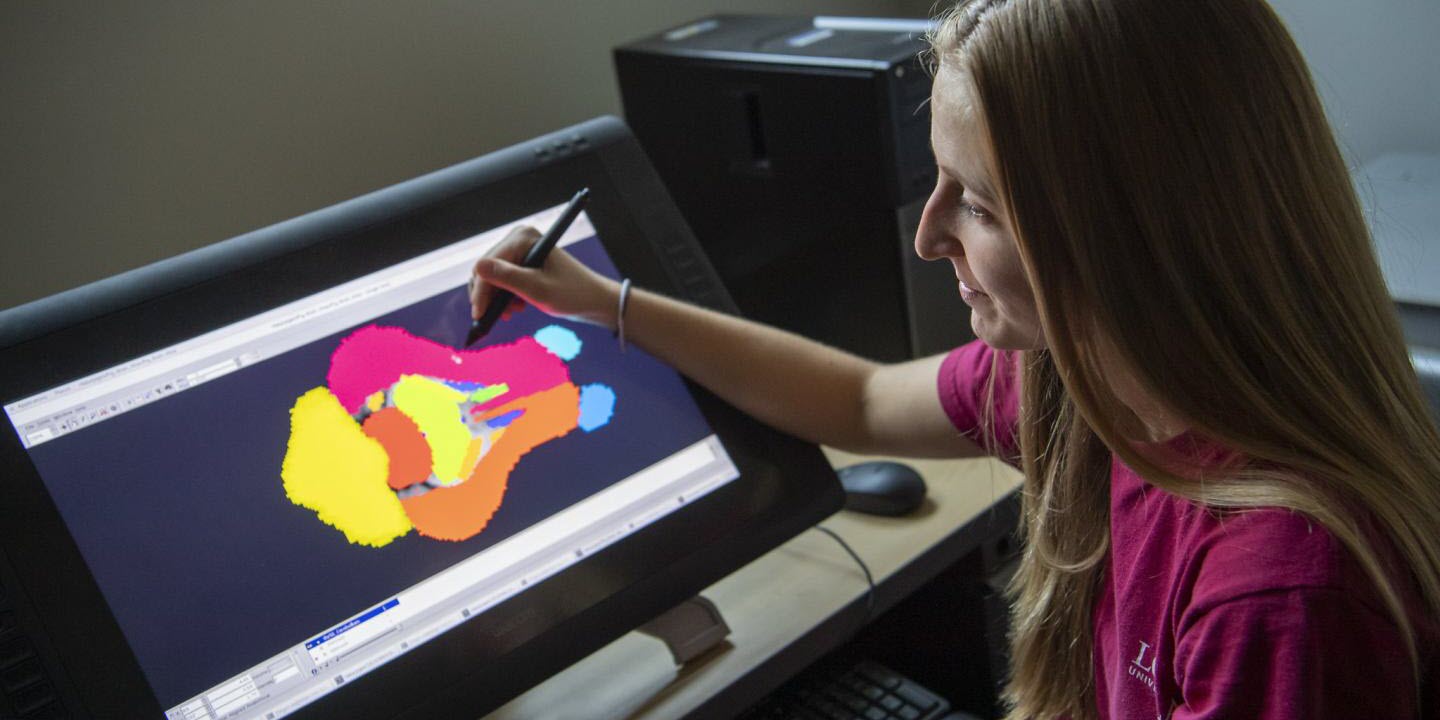 University of Illinois researchers have published updated, high-resolution pig brain atlases for young and adolescent animals. The atlases are a crucial component in biomedical research, especially related to infant brain development and nutrition.
University of Illinois College of Agricultural, Consumer and Environmental Sciences

URBANA, IL — When scientists need to understand the effects of new infant formula ingredients on brain development, it's rarely possible for them to carry out initial safety studies with human subjects. After all, few parents are willing to hand over their newborns to test unproven ingredients.

Enter the domestic pig. Its brain and gut development are strikingly similar to human infants—much more so than traditional lab animals, rats and mice. And, like infants, young pigs can be scanned using clinically available equipment, including non-invasive magnetic resonance imaging, or MRI. That means researchers can test nutritional interventions in pigs, look at their effects on the developing brain via MRI, and make educated predictions about how those same nutrients will affect human infants.

For nearly a decade, scientists have relied on an MRI-based map, or atlas, of the pig brain—developed at the University of Illinois using four-week-old pigs—to understand where and how nutrients and other interventions affect the developing brain. Now, Illinois scientists have updated that atlas, increasing its resolution by a factor of four, and they have also added a new atlas for adolescent 12-week-old pigs.

The new atlases are freely available for download at pigmri.illinois.edu.

"That improvement in spatial resolution makes a huge difference when you're looking at development in a small pig brain and trying to see how your intervention is changing structure, size, or even function in the brain," says Brad Sutton, professor in the Department of Bioengineering, technical director of the Biomedical Imaging Center at Illinois' Beckman Institute, and a co-author on the brain atlas study, published in the Journal of Neuroscience Methods.

Ryan Dilger, associate professor in the Department of Animal Sciences and senior author on the atlas study, adds, "It's about our ability to discern one part of the brain from another. The higher the resolution, the more reliably we can say this piece is the hippocampus, for example. Part of the need for an atlas is for every research group working in this area to be referencing the same parts or regions of the brain consistently. We have to have common terms and infrastructure to speak the same language."

To build the updated atlas, the researchers anesthetized and scanned four- and 12-week old pigs at Beckman's Biomedical Imaging Center using a state-of-the-art Siemens Prisma 3 T MRI scanner. Scans from multiple pigs in each age class were averaged into a single atlas for each age, to account for variation among individuals. Subsequently, the researchers identified and digitally isolated 26 regions of interest, such as the cerebellum, medulla, right and left cortex, and others, and provided volumetric standards for each in the pig.

"We provide the absolute and relative volumes for not only the whole brain, but tissues such as gray matter, white matter, cerebrospinal fluid, as well as all the different regions of interest. That normative data can act as a reference for other individuals who might be interested in seeing how a particular intervention influences brain growth or development in the pig," says Joanne Fil, doctoral student in the Neuroscience Program at Illinois and lead author on the atlas study.

The previous pig brain atlas has been used by researchers to advance neuroscience around the world, with some 450 downloads to date. The collective discoveries made possible by the atlas go well beyond pediatric nutrition to include deeper understanding of the microbiota-gut-brain axis, which appears to relate to common clinical situations.

Dilger says the new atlas will give researchers an even more precise view of the brain, enabling more advanced discoveries. And with the addition of the atlas for older pigs, they'll be able to extend their findings even farther.

"At 24 weeks of age, or six months, the pig is sexually mature. We would expect that by this age, the pig would have most, if not all, of its brain development completed," Fil says. "So now we're able to see how our interventions impact development not only at an early age, but also into adulthood in the pig."

Fil adds the study also provides a detailed account of the process they used to create the atlas, giving researchers the blueprints to create additional atlases for other animals.

But there's a lot to be said for pigs as an important biomedical research animal.

"You can study brain development in a mouse, but for some studies, the mouse brain is not similar to a human brain in some important aspects. Also, you can't really study intervention effects on the brain directly in humans, because although we can get people in the scanner, we can't always modify their diet and test out different components," Sutton says.

"So the pig is right in that sweet spot: its brain is the right size to use human MRI scanners and pig brain development closely matches that of humans. And we have tools to be able to study it in great detail, especially on this campus, and do great things with it. The pig is perfect for studying the brain."

Dilger adds, "We are using the actual human clinical equipment in the pig. We're effectively, non-invasively, taking a microscope to the pig brain while it's still alive. That's the benefit. We can take a virtual peek inside the pig brain multiple times throughout the life of the pig to see how the brain is structurally developing."

- This press release was originally published on the University of Illinois College of Agricultural, Consumer & Environmental Sciences website. It has been edited for style