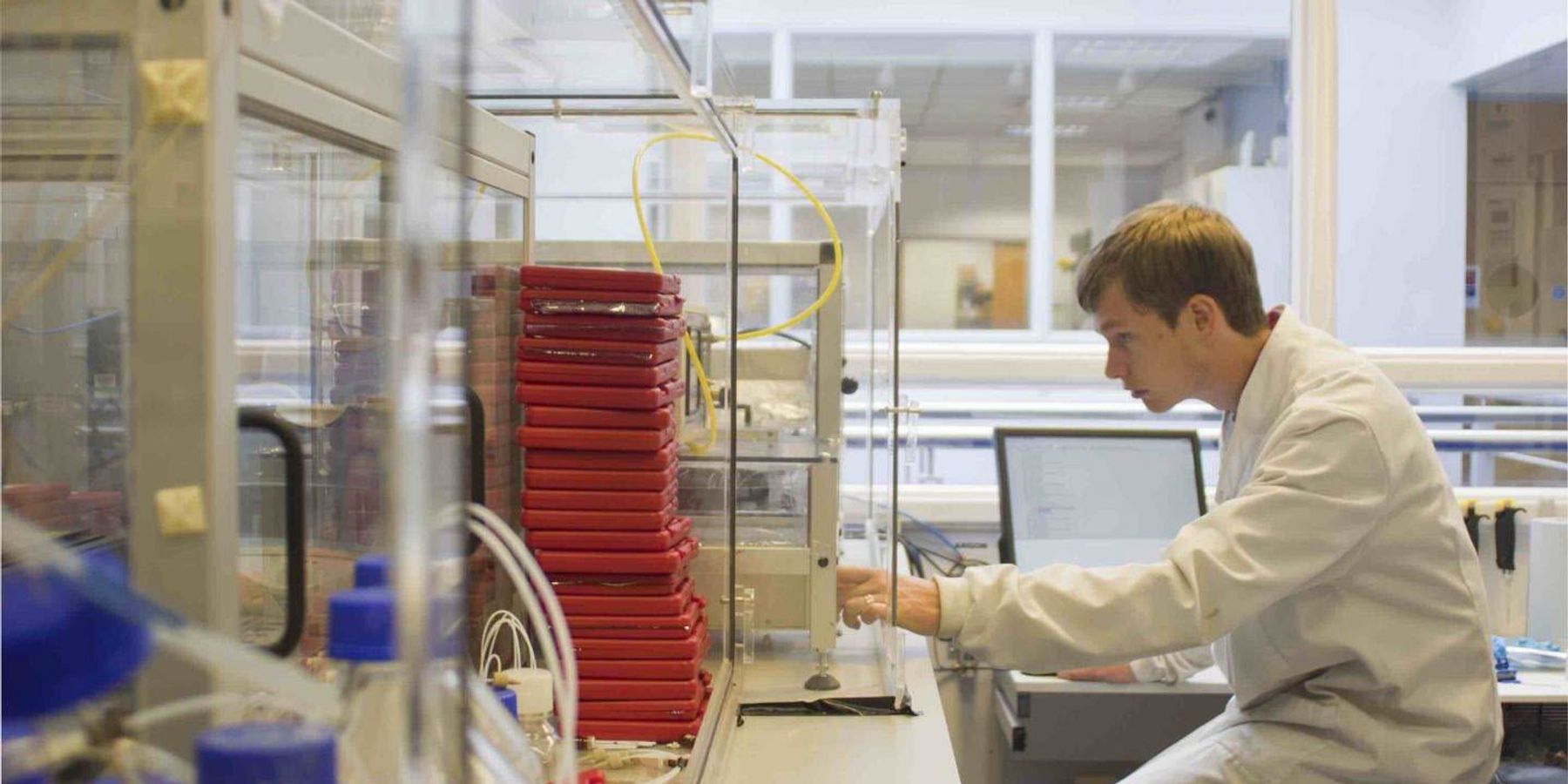 Dr Andrew Hook in the lab.
University of Nottingham

A new method to analyze the blood thinning drug heparin has been developed that can pinpoint contaminants more accurately and quickly, providing greater quality control and safety.

An interdisciplinary team from the University of Nottingham's Schools of Pharmacy and Medicine have used the latest chemical imaging technology to identify contaminants in heparin at the nanoscale, a discovery that manufacturers could use to improve the quality and safety of this widely used anticoagulant drug. The research has been published in Communications Chemistry.

Heparin is naturally occurring glycosaminoglycan (GAG) but is also widely used widely as a medication. It is often used as an anticoagulant (blood thinner) before and after surgery but is also used in kidney dialysis and in blood processing. Pharmaceutical-grade heparin is derived from mucosal tissues of pig intestines or cow lungs. The majority of heparin is made in China and, in 2008, there were a number of deaths and illnesses caused by a contaminated batch. Continuing problems with the supply chain remain a concern.

Using a state-of-the-art chemical imaging technique called time of flight secondary ion mass spectrometry (ToF-SIMS), the researchers developed a new analytical approach that is more than 100 times more sensitive at detecting contaminants in heparin, while also being faster and requiring less material to analyze. This technique blasts high-energy beams of positive ions at the sample's surface to produces secondary ions. These ions are then accelerated into a time-of-flight analyzer and where their mass can be measured. The spectrum of ions provides a detailed measurement of the sample's chemical makeup.

"Heparin is particularly susceptible to contamination, commonly from other glycosaminoglycans and as they are all very similar chemically it is difficult to tell them apart using traditional analysis techniques," said research leader Dr. Andrew Hook, who works in the School of Pharmacy. "Whilst there are safety measures in place already to prevent contamination we saw room for improvement and using the ToF-SIMS techniques we were able to create a faster and more sensitive method for analyzing heparin that can be achieved with a very small amount of sample material."

Professor of stem cell glycobiology Cathy Merry adds: "There are many real risks to the heparin supply chain, not least of which are the increasing prevalence of animal viruses. The previous heparin crisis was linked to a reduction in the supply of porcine heparin following an outbreak of swine flu. There is a real risk this will happen again and there is now even tighter control on the international trade in animals so it is even more likely that vast numbers of animals could be destroyed if there's another outbreak. There's also been a huge drive to create synthetic heparin and, although this is still a way off, when it is available there will still be a need for a rapid, sensitive comparative technique to characterize the drug heparin which this technique can provide."

This new technique is scalable for commercial use with the ability to analyze large numbers of samples at a time.

"It is critical that safety measures are as accurate and sensitive as possible," Hook continues. "This technique will be a cost-effective way for manufacturers to take their safety and quality control to the next level. We are also looking at how this technique could be adapted to diagnose GAG based disorders that are typically difficult to diagnose like Hunter's Syndrome."

- This press release was originally published on the University of Nottingham website. It has been edited for style