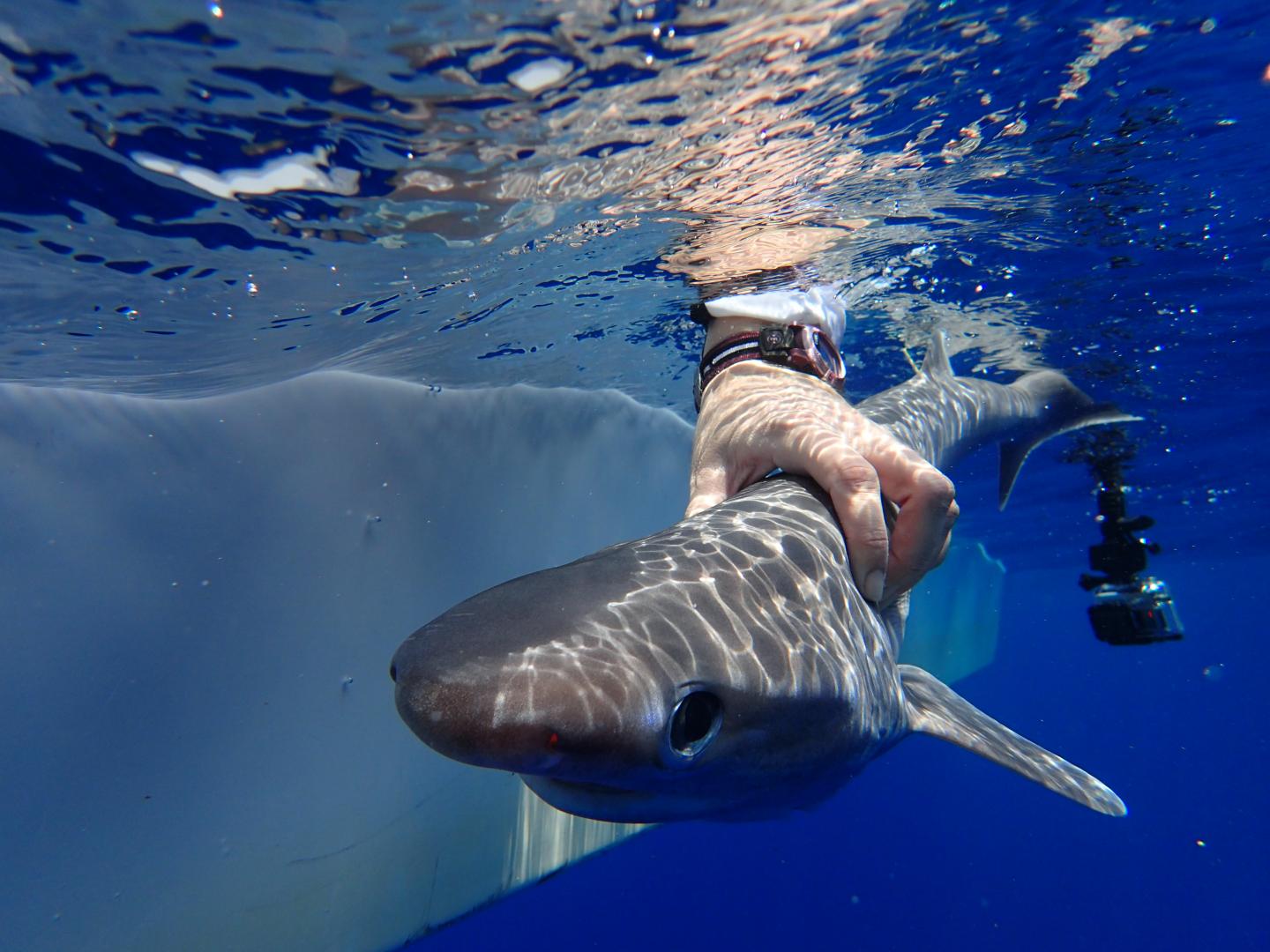 An Atlantic sixgill pup found off the coast of Belize. A team led by Florida Institute of Technology was able to confirm the Atlantix sixgill is a species different than sixgills living in the Indian and Pacific oceans.Photo Source: Ivy Baremore/MarAlliance

A team of scientists led by Florida Institute of Technology's Toby Daly-Engel has confirmed after decades of uncertainty that sixgill sharks residing in the Atlantic Ocean are a different species than their counterparts in the Indian and Pacific oceans.

The new species has a new name: the Atlantic sixgill shark.

With ancestors dating back over 250 million years, well before dinosaurs, sixgill sharks are among the oldest creatures on Earth. Yet the fact that they reside at extreme ocean depths, sometimes thousands of feet below the surface, has made them especially challenging to study.

Using 1,310 base pairs of two mitochondrial genes, Daly-Engel, an assistant professor of biological sciences at Florida Tech, and colleagues from MarAlliance in Belize, Florida State University Coastal and Marine Laboratory in Teresa, Florida, and the National Marine Fisheries Service, Southeast Fisheries Science Center in Panama City, determined there are enough genetic differences between what had long been considered a single species, Hexanchus nakamurai, to rename the Atlantic variety Hexanchus vitulus.

"We showed that the sixgills in the Atlantic are actually very different from the ones in the Indian and Pacific Oceans on a molecular level, to the point where it is obvious that they're a different species even though they look very similar to the naked eye," Daly-Engel said.

Their findings were reported in the journal Marine Biodiversity.

Measuring up to 6 feet in length, Atlantic sixgill sharks are far smaller than their Indo-Pacific relatives, which can grow to 15 feet or longer. They have unique, saw-like lower teeth and six gill slits, as their name suggests. Most sharks have five gill slits.

With their new classification, Atlantic sixgill sharks will now have a better chance at long-term survival, Daly-Engel noted.

"Because we now know there are two unique species, we have a sense of the overall variation in populations of sixgills. We understand that if we overfish one of them, they will not replenish from elsewhere in the world," she said.

And that's the other benefit of this research: a better understanding of shark diversity.

"Particularly diversity in the deep ocean," Daly-Engel said, "which we don't know much about."