Penn State researchers have developed a method that dramatically reduces the amount of water needed to flush a conventional toilet—a bio-inspired, liquid, sludge- and bacteria-repellent coating that can essentially make a toilet self-cleaning—described in a paper in Nature Sustainability. CREDIT: WONG LAB, PENN STATE

Every day, more than 141 billion liters of water are used solely to flush toilets. With millions of global citizens experiencing water scarcity, what if that amount could be reduced by 50 percent?

The possibility may exist through research conducted at Penn State, released Nov. 18 in Nature Sustainability.

In the Wong Laboratory for Nature Inspired Engineering, housed within the Department of Mechanical Engineering and the Materials Research Institute, researchers have developed a method that dramatically reduces the amount of water needed to flush a conventional toilet, which usually requires six liters.

Co-developed by Jing Wang, a doctoral graduate from Wong's lab, the liquid-entrenched smooth surface (LESS) coating is a two-step spray that, among other applications, can be applied to a ceramic toilet bowl. The first spray, created from molecularly grafted polymers, is the initial step in building an extremely smooth and liquid-repellent foundation.

"When it dries, the first spray grows molecules that look like little hairs, with a diameter of about 1,000,000 times thinner than a human's," Wang said.

While this first application creates an extremely smooth surface as is, the second spray infuses a thin layer of lubricant around those nanoscopic "hairs" to create a super-slippery surface.

With this novel slippery surface, the toilets can effectively clean residue from inside the bowl and dispose of the waste with only a fraction of the water previously needed. The researchers also predict the coating could last for about 500 flushes in a conventional toilet before a reapplication of the lubricant layer is needed.

If it were widely adopted in the United States, it could direct critical resources toward other important activities, to drought-stricken areas or to regions experiencing chronic water scarcity, said the researchers.

Driven by these humanitarian solutions, the researchers also hope their work can make an impact in the developing world. The technology could be used within waterless toilets, which are used extensively around the world.

"Poop sticking to the toilet is not only unpleasant to users, but it also presents serious health concerns," Wong said. 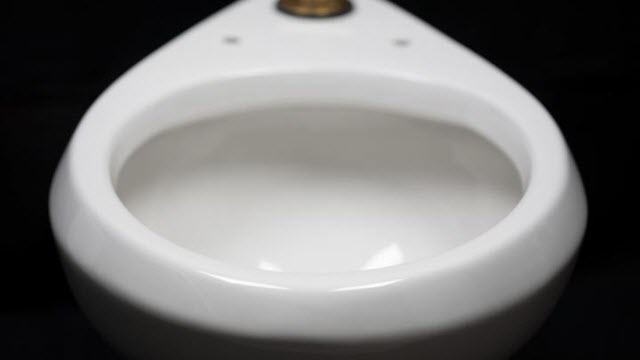 However, if a waterless toilet or urinal used the LESS coating, the team predicts these types of fixtures would be more appealing and safer for widespread use.

To address these issues in both the United States and around the world, Wong and his collaborators, Wang, Birgitt Boschitsch, and Nan Sun, all mechanical engineering alumni, began a start-up venture.

With support from the Ben Franklin Technology Partners' TechCelerator, the National Science Foundation, the Department of Energy, the Office of Naval Research, the Rice Business Plan Competition and Y-Combinator, their company, spotLESS Materials, is already bringing the LESS coating to market.

"Our goal is to bring impactful technology to the market so everyone can benefit," Wong said. "To maximize the impact of our coating technology, we need to get it out of the lab."

Looking forward, the team hopes spotLESS Materials will play a role in sustaining the world's water resources and continue expanding the reach of their technology.

"As a researcher in an academic setting, my goal is to invent things that everyone can benefit from," Wong said. "As a Penn Stater, I see this culture being amplified through entrepreneurship, and I'm excited to contribute." 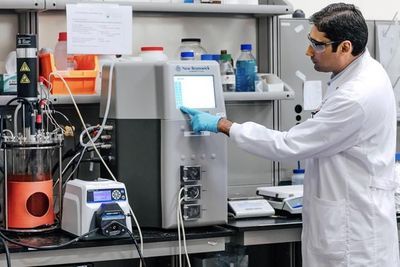