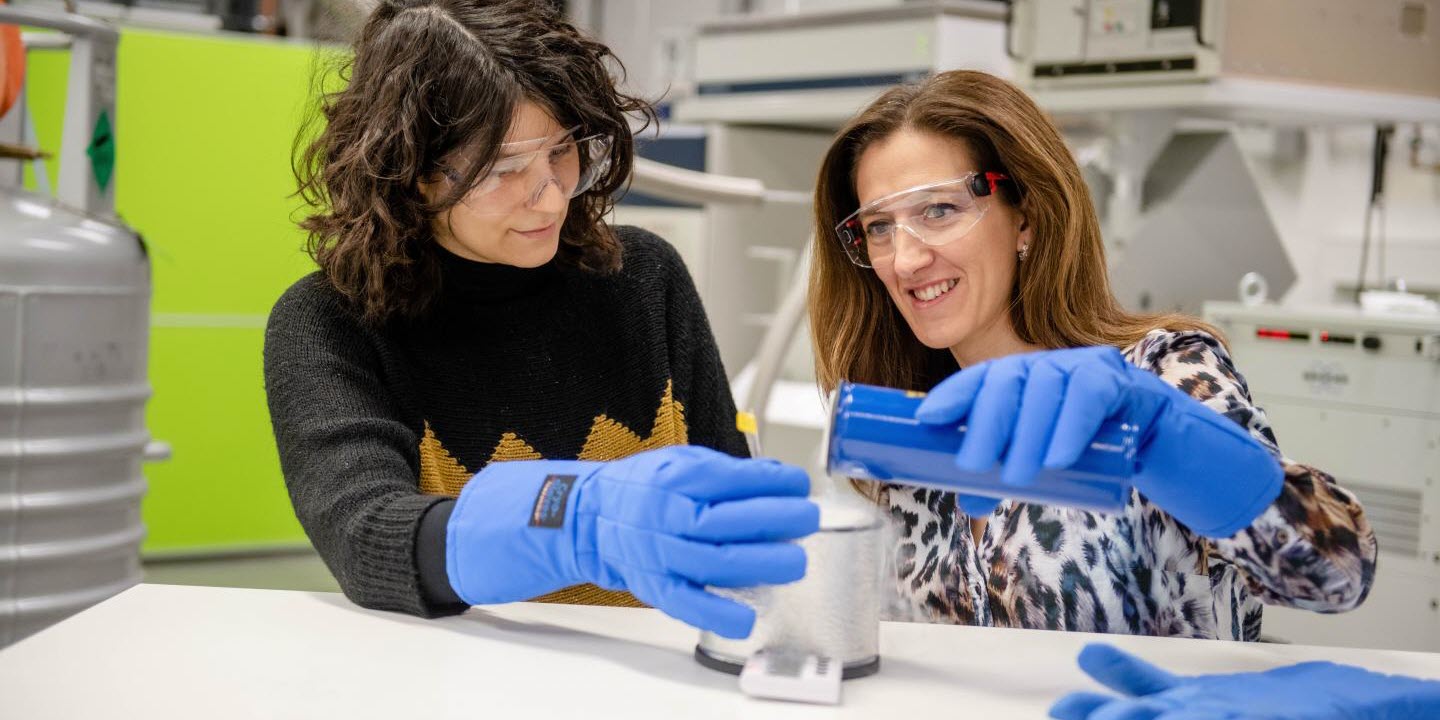 Certain medications, such as those used to treat cancer, lose their effect because proteins in the membrane of the target cell simply expel them again. A team at Ruhr-Universität Bochum (RUB) was able to observe a responsible transport protein in its natural environment for the first time. They labeled it with small sequences of antibodies to which a contrast agent was linked.

By detecting the spin of the metal contrast agent with electron paramagnetic resonance spectroscopy (EPR), researchers could draw conclusions on the state of the protein. The team led by professor Enrica Bordignon and Dr. Laura Galazzo from the cluster of excellence Ruhr Explores Solvation Resolv in collaboration with professor Markus Seeger's group from the University of Zurich reports on the method in the journal PNAS Feb. 4.

Finding and binding nanobodies to the protein

Until now, it has only been possible to examine membrane proteins in isolation, namely in detergent micelles or in-vitro-created membrane bilayers, which poses the risk that they will lose their properties and dynamics, which are crucial for their function. The team from Resolv was now able to observe a protein directly in its natural environment, namely in the membrane of Escherichia coli bacteria. "It is very cramped and crowded there," describes Bordignon. The team's trick is to use two sequences of antibodies measuring just a few nanometers in size, called nanobodies, as labels. "We use precisely those sequences that can recognize and bind to certain sections of the protein," explains Laura Galazzo.

Seeger's team took care of selecting the right nanobodies. "Thanks to the selection platform we developed, which bypasses the immunization of animals, any laboratory can quickly produce synthetic nanobodies for any purpose. This means a step towards their use in structural biology, as this work shows," says Seeger.

How to make the nanobodies visible in EPR? Gadolinium ions are used as a contrast agent for magnetic resonance imaging and are detectable by EPR due to their electron spin, therefore, they were attached to two selected nanobodies. As the labeled nanobodies could not yet efficiently be inserted into the bacteria, the scientists used a biochemical trick: the E. coli cells were turned inside out so that the inside of the membrane was exposed to the outside. In this way the sections of the protein targeted by the nanobodies become accessible.

Signal only with a certain shape

"The nanobodies immediately bind to the specific sequence of the membrane protein that they recognize and cannot detach again," says Bordignon. The cells treated in this way were then examined by the researchers using EPR. "We were only able to receive a signal when two nanobodies were within close proximity to each other," explains Galazzo. This was precisely the case when the protein assumes a conformation that expels active substances from the cell.

"Our work shows that we can successfully measure distances in the range of 1.5 to 6 nanometers in native membranes," says Bordignon. "In the next step, we want to insert the nanobodies into bacteria to observe the membrane protein during action in living cells. "This technique opens up undreamt-of possibilities," says Galazzo.

- This press release was originally published on the RUB website