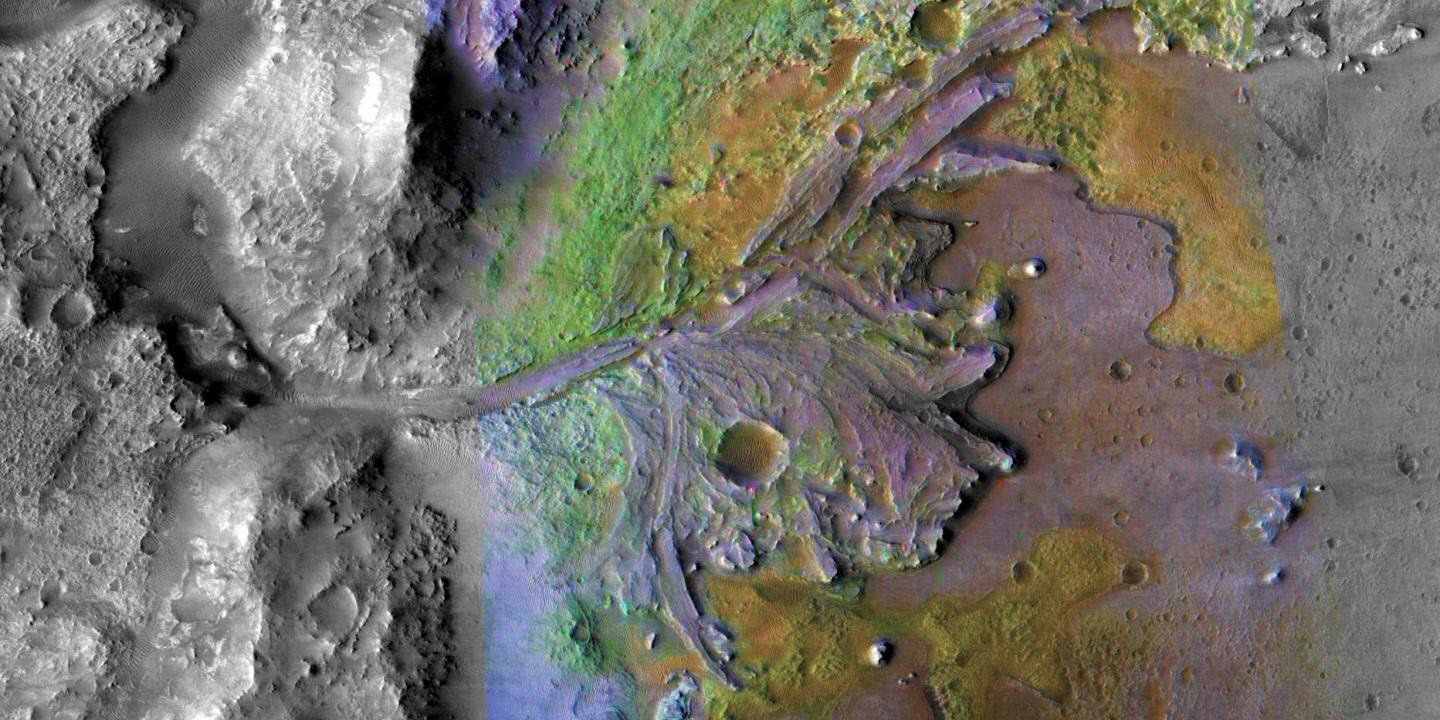 Undulating streaks of land visible from space reveal rivers once coursed across the Martian surface—but for how long did the water flow? Enough time to record evidence of ancient life, according to a new Stanford study.

Scientists have speculated that the Jezero crater on Mars—the site of the next NASA rover mission to the Red Planet—could be a good place to look for markers of life. A new analysis of satellite imagery supports that hypothesis. By modeling the length of time it took to form the layers of sediment in a delta deposited by an ancient river as it poured into the crater, researchers have concluded that if life once existed near the Martian surface, traces of it could have been captured within the delta layers. 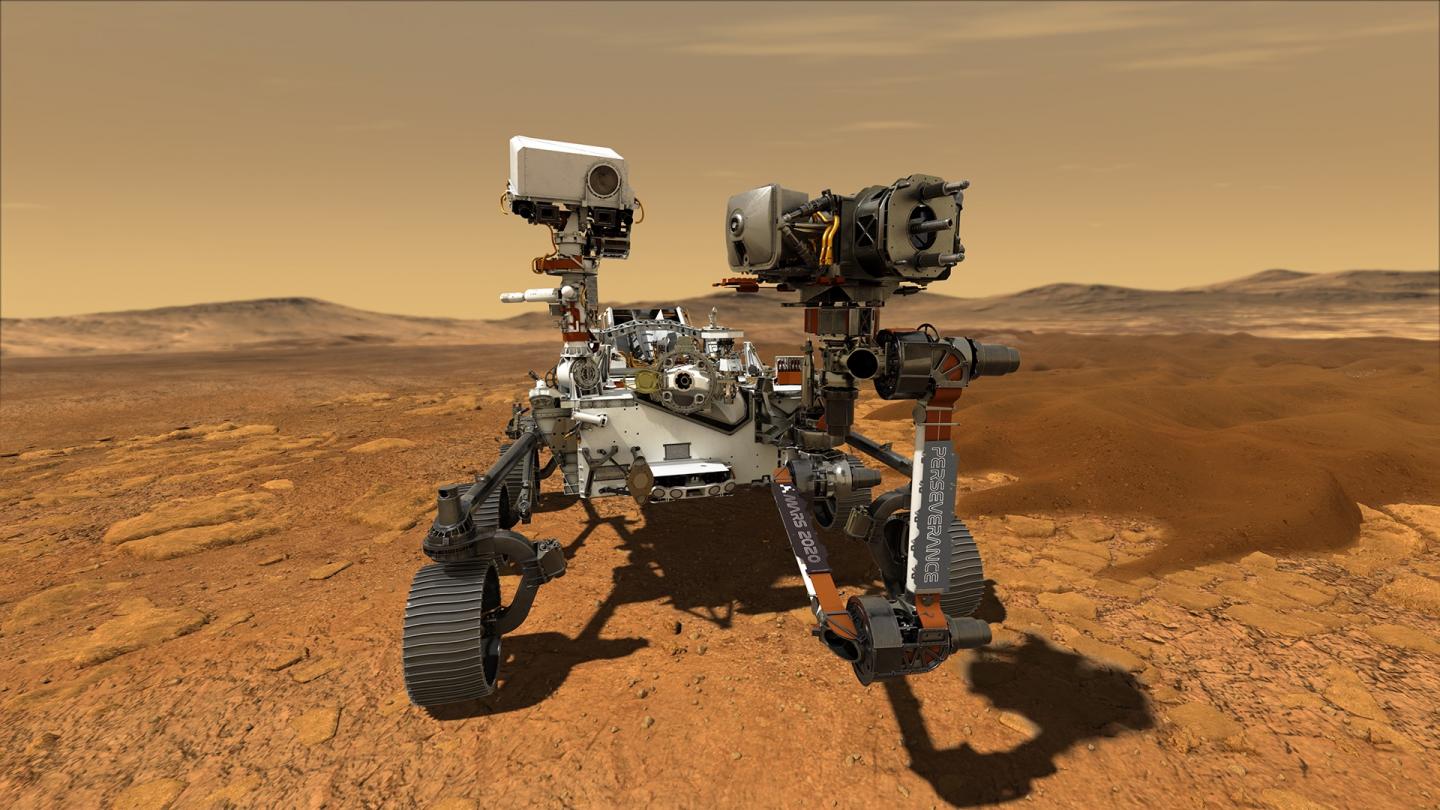 This illustration depicts NASA's Perseverance rover operating on the surface of Mars.
NASA/JPL-Caltech

"There probably was water for a significant duration on Mars and that environment was most certainly habitable, even if it may have been arid," according to lead author Mathieu Lapôtre, an assistant professor of geological sciences at Stanford's School of Earth, Energy & Environmental Sciences (Stanford Earth). "We showed that sediments were deposited rapidly and that if there were organics, they would have been buried rapidly, which means that they would likely have been preserved and protected."

Jezero crater was selected for NASA's next rover mission partly because the site contains a river delta, which on Earth are known to effectively preserve organic molecules associated with life. But without an understanding of the rates and durations of delta-building events, the analogy remained speculative. The new research, published online on April 23 in AGU Advances, offers guidance for sample recovery in order to better understand the ancient Martian climate and duration of the delta formation for NASA's Perseverance Rover to Mars, which is expected to launch in July 2020 as part of the first Mars sample return mission.

The study incorporates a recent discovery the researchers made about Earth: Single-threaded sinuous rivers that don't have plants growing over their banks move sideways about ten times faster than those with vegetation. Based on the strength of Mars' gravity, and assuming the Red Planet did not have plants, the scientists estimate that the delta in Jezero crater took at least 20 to 40 years to form, but that formation was likely discontinuous and spread out across about 400,000 years.

"This is useful because one of the big unknowns on Mars is time," Lapôtre said. "By finding a way to calculate rate for the process, we can start gaining that dimension of time."

Because single-threaded, meandering rivers are most often found with vegetation on Earth, their occurrence without plants remained largely undetected until recently. It was thought that before the appearance of plants, only braided rivers, made up of multiple interlaced channels, existed. Now that researchers know to look for them, they have found meandering rivers on Earth today where there are no plants, such as in the McLeod Springs Wash in the Toiyabe basin of Nevada. 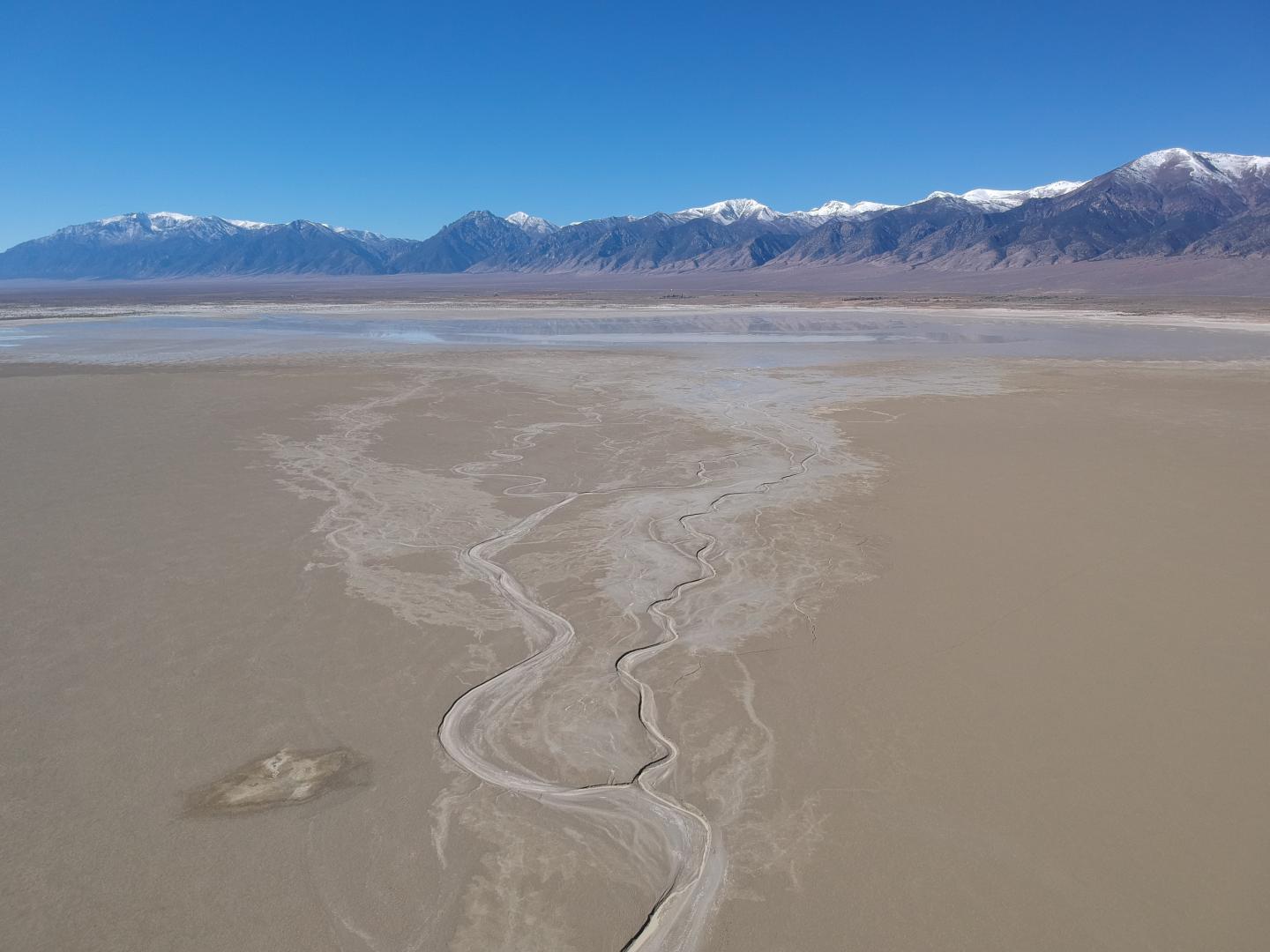 An unvegetated meandering river at the McLeod Springs Wash in the Toiyabe basin of Nevada is an example of what researchers think is analogous to the ancient streams of Jezero crater on Mars.
Alessandro Ielpi

"This specifically hadn't been done before because single-threaded rivers without plants were not really on anyone's radar," Lapôtre said. "It also has cool implications for how rivers might have worked on Earth before there were plants."

The researchers also estimated that wet spells conducive to significant delta buildup were about 20 times less frequent on ancient Mars than they are on Earth today.

Findings from Jezero crater could aid our understanding of how life evolved on Earth. If life once existed there, it likely didn't evolve beyond the single-cell stage, scientists say. That's because Jezero crater formed over 3.5 billion years ago, long before organisms on Earth became multicellular. If life once existed at the surface, its evolution was stalled by some unknown event that sterilized the planet. That means the Martian crater could serve as a kind of time capsule preserving signs of life as it might once have existed on Earth.

"Being able to use another planet as a lab experiment for how life could have started somewhere else or where there's a better record of how life started in the first place—that could actually teach us a lot about what life is," Lapôtre said. "These will be the first samples that we've seen as a rock on Mars and then brought back to Earth, so it's pretty exciting."

- This press release was originally published on the Stanford Earth website