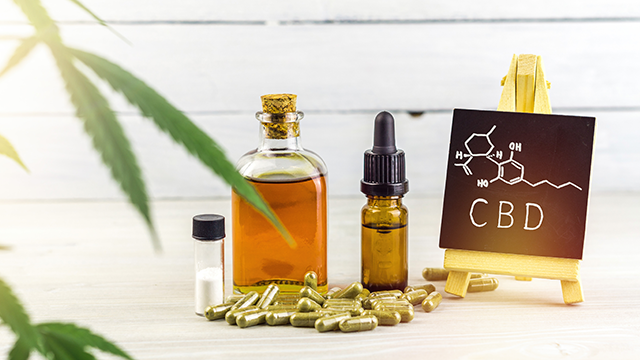 While oral cannabidiol (CBD) capsules were approved by the U.S. Food and Drug Administration (FDA) for use in patients with seizures in 2018, very little was known about the effect of food on CBD absorption.

A University of Minnesota study, published in Epilepsia, examined whether eating high-fat foods after taking CBD increased the body's absorption of CBD. The study tested whether fasting or a high fat meal has an effect when cannabidiol oral capsules were taken by patients.

To find out what effect a fatty meal would have on CBD absorption, the research group measured CBD concentrations in epilepsy patients at the MINCEP Epilepsy Care clinic who were taking 99 percent pure CBD capsules. Concentrations from patients who took CBD on an empty stomach and a standardized fatty breakfast (i.e. breakfast burrito) were compared.

"The type of food can make a large difference in the amount of CBD that gets absorbed into the body. Although fatty foods can increase the absorption of CBD, it can also increase the variability as not all meals contain the same amount of fat," said Angela Birnbaum, a professor in the College of Pharmacy and study co-author.

"Increases in the amount of the CBD dose being absorbed into the body can also lead to lower medication costs," said Ilo Leppik, study co-author, a professor in the College of Pharmacy and an adjunct professor at the Medical School.