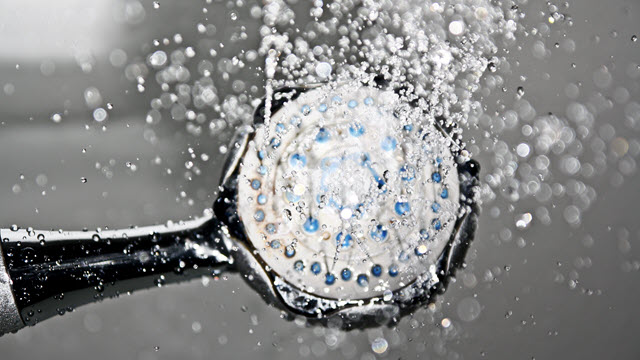 “Don’t drink the water” might be good enough advice to keep you from getting sick in some places, but according to researchers from Arizona State and Drexel University, the admonition should probably be expanded to “…try not to breathe the water either.” In research recently published in the journal Environmental Science & Technology, the group takes a closer look at how the spray from showers, sinks, and toilets can expose us to the bacteria responsible for waterborne disease outbreaks in the country.

“Most people in the United States think we have a handle on our water quality problems and drinking water isn’t something we need to worry about anymore. If anything, the recent water crisis in Flint, Michigan, and frequent Legionnaires’ disease outbreaks across the nation have demonstrated that’s not the case,” said Kerry Hamilton, PhD, an assistant professor in the Ira A. Fulton Schools of Engineering at Arizona State University and former doctoral researcher at Drexel, who led the investigation into how the Legionella pneumophila bacteria can grow and spread in indoor water supplies.

Legionella, the bacteria that causes pneumonia-like Legionnaire’s disease, has been responsible for a  number of recent outbreaks and can be fatal in 10-25 percent of infections, according to the Centers for Disease Control and Prevention. While it is considered one of the deadliest waterborne diseases in the United States, it is actually contracted via inhalation or aspiration. This means to accurately understand environments that could increase one’s risk of exposure, researchers need to examine places where people are exposed to water in the air.

“To protect people from infections, we first need to understand the risks,” Hamilton said. “If we can better model and predict how water quality degrades under different circumstances, we can more efficiently target resources and prevent disease outbreaks.”

The research considered a variety of factors to assess risk of exposure—from any combination of showering, using a sink or flushing a toilet—using water with a range of bacterial concentrations. It also took into consideration that older people or people who already have a health condition are at greater risk of becoming ill from Legionella exposure. And it is one of the first studies to closely examine how water-efficient fixtures, in a green building for example, can affect risks.

“We found that shower risks were highest, likely due to the amount of time a person would be exposed to the water spray. Risk of exposure from water efficient fixtures tended to be slightly less if concentrations are comparable to those at conventional water fixtures, because they produce fewer inhalable aerosol particles due to a less powerful or more distributed spray,” said Charles Haas, PhD, LD Betz Professor of Environmental Engineering in Drexel’s College of Engineering, who was a co-author of the paper and has been an advocate for the study of exposure risk from breathing water spray. “However, modeling differences in Legionella concentrations in conventional and water efficient buildings remains a research gap our related work aims to address.”

As one might expect, risk is greater when exposure from multiple sources is considered or when it is adjusted for populations that are less able to fight off infection.

The researchers created their assessment using available data on aerosol particle volume, size and spray for a variety of showers, faucets, and toilets.

While the study focuses specifically on Legionella pneumophila bacteria, it sets a framework for assessing the risk of being exposed to any bacteria lurking in indoor water sources. Thus, it could be used more broadly to guide prescriptions for “acceptable levels” of bacteria in building water systems.

This is an understudied area of water quality, according to Hamilton, because the Environmental Protection Agency’s regulatory responsibility ends at the property line. So most existing indoor water quality guidelines are not based on risk assessment research.

But that doesn’t mean Legionella can’t make its way into household water supplies. In homes with particularly elaborate systems or where water can rest or stagnate for long periods of time, such as seasonal homes or new homes designed for water efficiency, Legionella colonies can form.

“There are many guidelines in the literature about how to create a ‘cutoff’ value, but none are based on technical reasoning,” Hamilton said. “Most of the guidelines are based on what people are doing in practice. Our research simulates an appropriate concentration limit based on a risk level that is consistent with other water quality policies in order to give better guidance for monitoring water quality in buildings.”