New Orleans, LA – Dr. John England, Professor and Chair of Neurology at LSU Health New Orleans School of Medicine, and colleagues in Honduras and Venezuela have reported a new neurological complication of infection with the Zika virus. They described the first confirmed case of Zika-associated sensory polyneuropathy in a paper published online by the Journal of the Neurological Sciences. 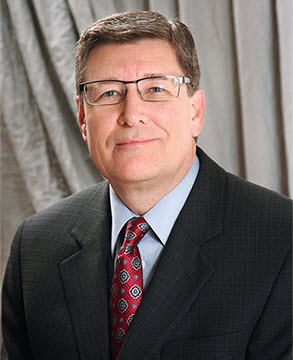 According to the National Institutes of Health, peripheral neuropathy is a condition that develops as a result of damage to the peripheral nervous system—the vast communications network that transmits information between the central nervous system (the brain and spinal cord) and every other part of the body. (Neuropathy means nerve disease or damage.) There are many forms. Sensory nerve damage causes a variety of symptoms because sensory nerves have a broad range of functions. Larger sensory fibers enclosed in myelin register vibration, light touch, and position sense. Damage to large sensory fibers impairs touch, resulting in a general decrease in sensation. Since this is felt most in the hands and feet, people may feel as if they are wearing gloves and stockings even when they are not. This damage to larger sensory fibers may contribute to the loss of reflexes. Loss of position sense often makes people unable to coordinate complex movements like walking or fastening buttons, or to maintain their balance when their eyes are shut. Smaller sensory fibers without myelin sheaths transmit pain and temperature sensations. Damage to these fibers can interfere with the ability to feel pain or changes in temperature. People may fail to sense that they have been injured from a cut or that a wound is becoming infected. Others may not detect pain that warns of impending heart attack or other acute conditions.

The World Federation of Neurology (WFN) established a Work Group on Zika to contribute expertise to the global response to the Zika crisis. Dr. England traveled to Honduras in May to collaborate and consult on local Zika cases.

“Clinicians should be aware that Zika virus infection can also cause an acute infectious sensory polyneuropathy,” says professor Marco T. Medina, dean of the Faculty of Medical Sciences at the Universidad Nacional Autonoma de Honduras, also a member of the WFN Zika Work Group and first author of the new publication. “Our patient is the first confirmed Zika infection case report associated with an acute sensory polyneuropathy which began during the acute infectious phase. This suggests a probable direct viral inflammatory process affecting sensory nerves, but an autoimmune etiology cannot be definitely excluded.”