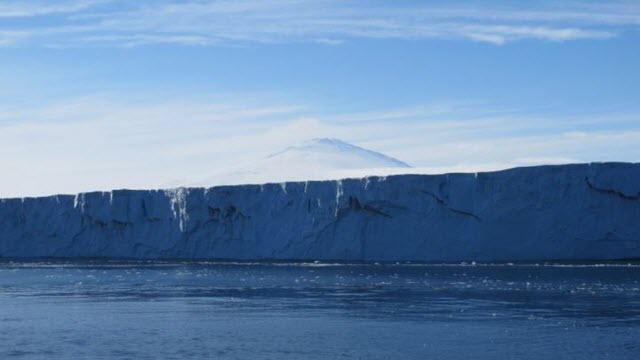 The Nansen Ice Shelf with Mount Melbourne in the background.Credit: Joe Haxel

NEWPORT, Ore. — Warming temperatures and changes in ocean circulation and salinity are driving the breakup of ice sheets in Antarctica, but a new study suggests that intense storms may help push the system over the edge.

A research team led by US and Korean scientists deployed three moorings with hydrophones attached seaward of the Nansen Ice Shelf in Antarctica's Ross Sea in December of 2015, and were able to record hundreds of short-duration, broadband signals indicating the fracturing of the ice shelf.

The "icequakes" primarily took place between January and March of 2016, with the front of the ice sheet calving into two giant icebergs on April 7. The day the icebergs drifted away from the shelf coincided with the largest low-pressure storm system the region had recorded in the previous seven months, the researchers say.

Results of the study are being published this week in Frontiers in Earth Science.

"It appears that while the icebergs had broken free of the main ice sheet, they stayed nearby until the combination of high winds and a strong low-pressure storm combined to break them loose," noted Bob Dziak, a research oceanographer with the National Oceanic and Atmospheric Administration and lead author on the study.

"The processes behind the unpinning and breakup of Antarctic ice shelves is not fully understood, and our study suggests that storms play an under-appreciated role in their breakup," Dziak said.

Next January, Dziak and researchers from Oregon State University and the Korea Polar Research Institute will return to Antarctica to replace the three hydrophones near Nansen, and deploy addition acoustic sensors near the massive Thwaites Glacier, called one of the most important—and dangerous—glaciers on the planet.

The huge glacier has developed a large cavity from rapid melting under the glacier because of climate change. It contained an estimated 14 billion tons of ice with most of it melting over the past three to four years. Since it is thought to "hold back" other glaciers, its collapse could have a significant impact on global sea level rise as well as the structure and environment of West Antarctica.

Dziak, who has a courtesy appointment in Oregon State's College of Earth, Ocean, and Atmospheric Sciences, said hydrophones provide a new source of data for scientists studying Antarctica.

"Even though the leading edge of the Nansen Ice Shelf broke free, the icebergs remained in place for several months, so it wasn't clear from the GPS sensors or satellite images that a large piece of the shelf had calved," Dziak noted. "But our undersea hydrophones recorded the sounds of the shelf breaking apart months earlier.

"We hope that deploying additional underwater sensors in Antarctica will give us similar warnings if the Thwaites ice shelf begins to calve." 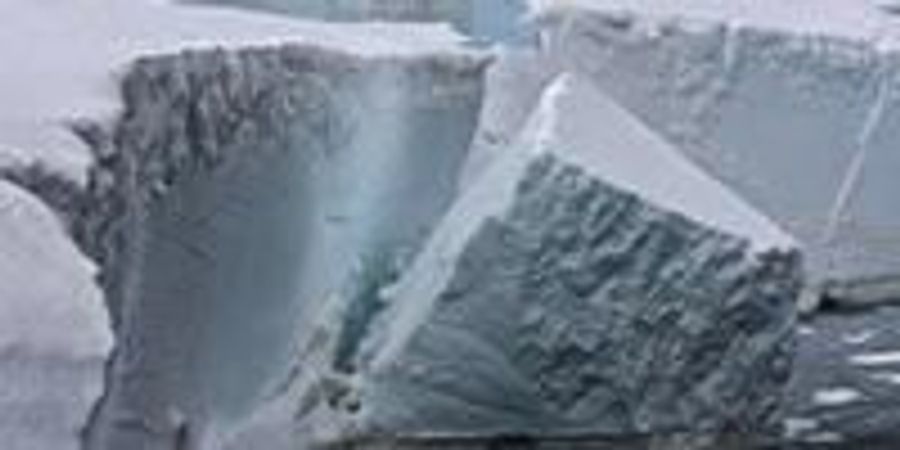 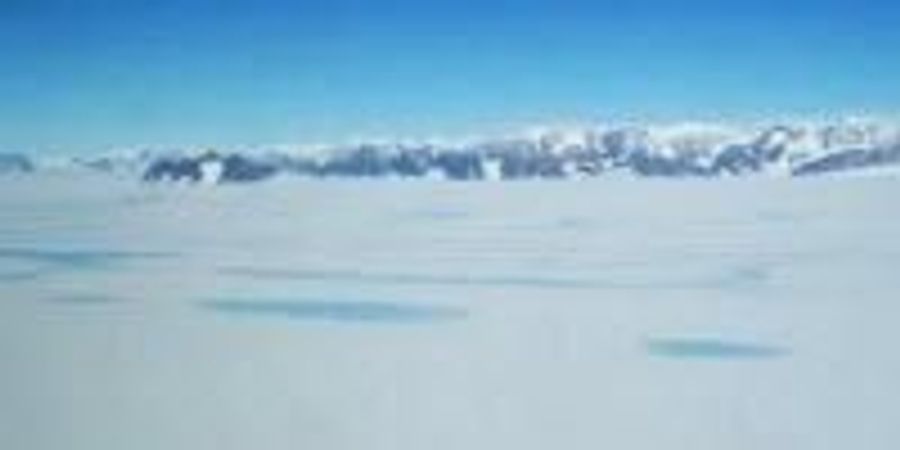 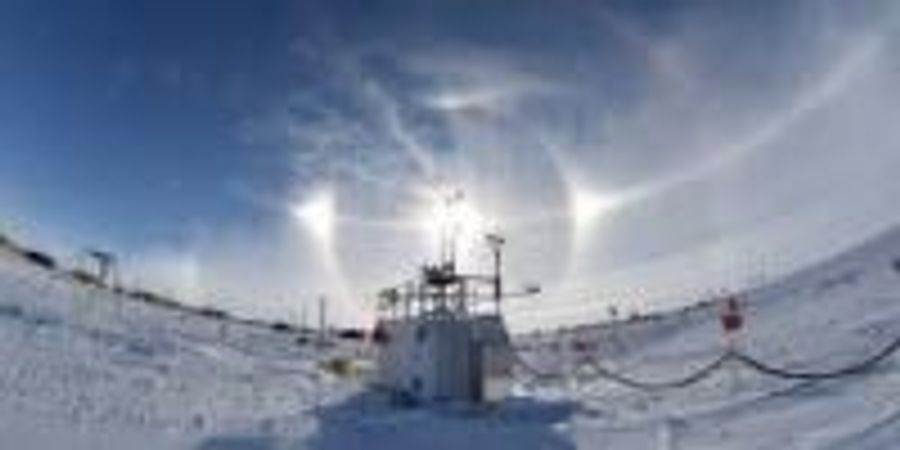 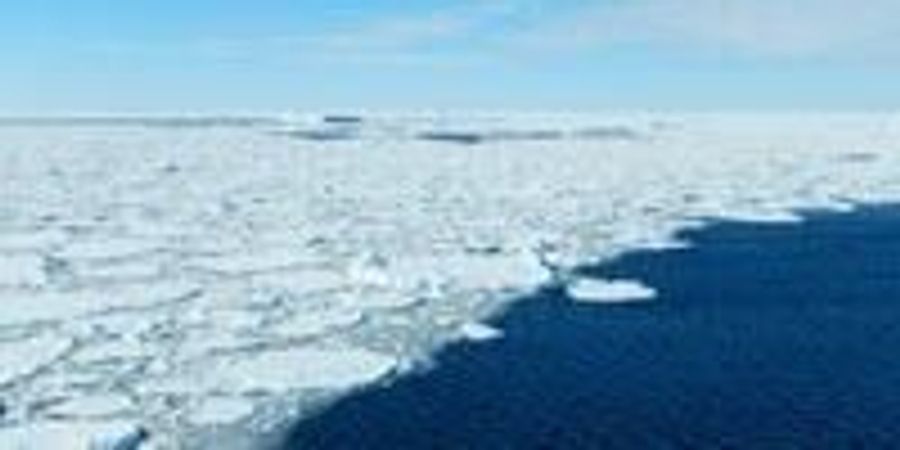 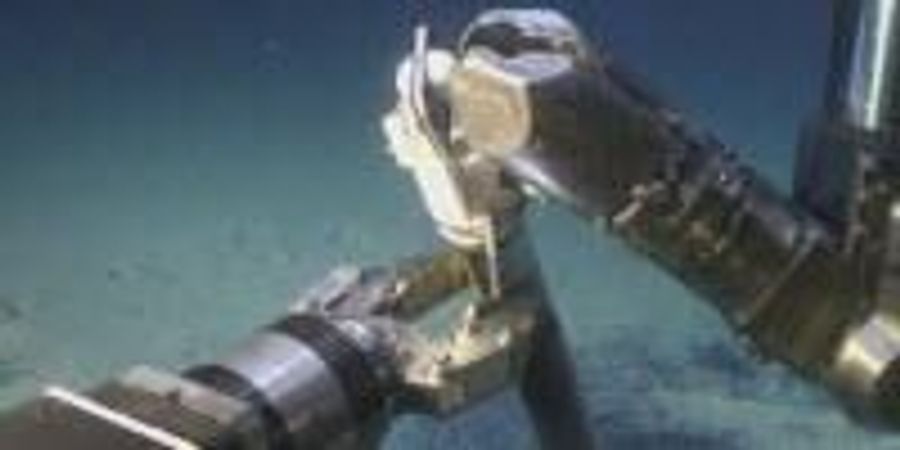 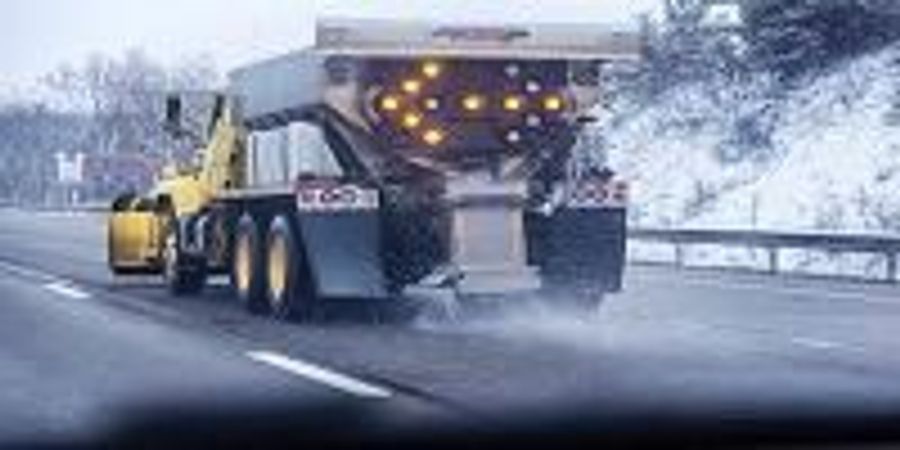