Feb 23, 2021University of Illinois at Urbana-Champaign

CHAMPAIGN, IL — Workers with science, technology, engineering, and math backgrounds are typically in high demand—but the demand isn't so overwhelming that a "skills gap" exists in the labor market for information technology help desk workers, one of the largest computer occupations in the US, says new research from a University of Illinois Urbana-Champaign expert who studies labor economics and work issues.

The incidence of prolonged hiring difficulties for STEM workers is modest, with only 11 -15 percent of IT help desks in the US showing vacancy patterns that might be consistent with persistent hiring frictions, said Andrew Weaver, a professor of labor and employment relations at Illinois.

"There's a prevailing narrative in which the world changed with the computer revolution and workers never got the memo," he said. "Technology does have an impact on the labor market, but the data doesn't really support the 'skills gap' formulation. Hiring frictions do exist, but organizational characteristics, management strategy and the structure of the labor market turn out to be more predictive of hiring problems than skill requirements. In other research on manufacturing and on hiring lab technicians, I also found similar results."

Published in the journal ILR Review, the paper presents evidence from an original, nationally representative survey of information technology help desks that shows skills-based hiring frictions, but not a skills gap.

"When people generically bemoan skills gaps, they're often parroting unverified talking points," Weaver said. "They're only focusing on the supply side, the availability of workers in the labor market, while ignoring the role of firms and their influence on the demand side, which also matters a lot. If you want to make labor markets work better for everyone, you've got to think about both sides of the equation. You can't just have STEM-skill blinders on. You can't just tell people 'learn to code' and assume that all our hiring problems are solved. That's not a good way to think about workers or labor markets."

Organizations that had implemented formal management systems such as Lean or Six Sigma also show a higher incidence of long-term vacancies. Such management practices could function as a signal to potential applicants for work intensification and a challenging job environment, thereby making the job less appealing to candidates, according to the paper.

"It runs against conventional wisdom, but the factors that are most associated with hiring difficulties involve insufficient human resources outreach efforts, management strategy, and the structure of the labor market," he said. "Organizational factors play an important role. Employers that have recently decreased job training or that have a history of underinvestment in past recruitment efforts are more likely to report persistent unfilled vacancies."

As an occupation, IT help desk technician makes for a ripe target to study, Weaver said.

"It's the second-largest detailed computer-related occupation in the Bureau of Labor Statistics' classification system," he said. "So studying this particular job can reveal patterns that have national implications."

The results not only indicate that the incidence of persistent hiring difficulties is modest, but that the skill demands that predict hiring challenges often involve nontechnical skills that run counter to conventional wisdom. These include advanced writing and "soft skills" such as the ability to initiate new tasks without guidance from management.

"In the process of designing the survey, I interviewed IT help desk managers and talked to them about hiring difficulties," Weaver said. "A number of them mentioned that writing skills were really important because an IT help desk typically has all these angry people complaining about computer problems. So you have to be able to convey technical information in a sensitive, easily understandable way through written communication." 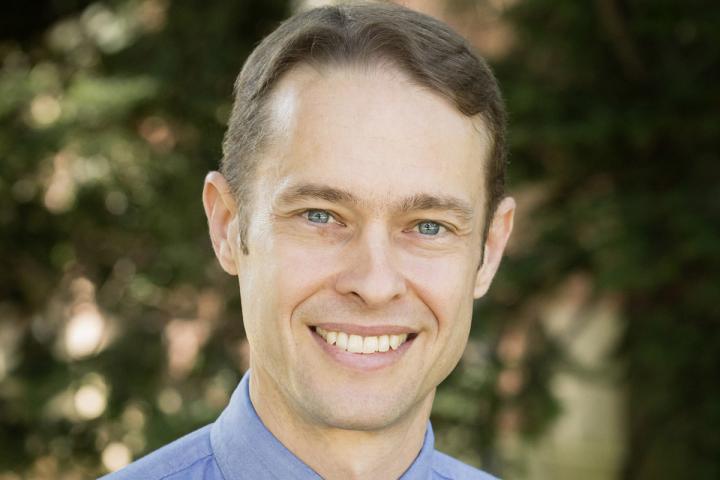 The incidence of prolonged hiring difficulties for workers with science and technology backgrounds is consistent with persistent hiring frictions and not a "skills gap" in the labor market for information technology help desk workers, one of the largest computer occupations in the US, says new research by U of I labor professor Andrew Weaver.
L. Brian Stauffer

From a policy standpoint, the data implies that an overly narrow focus on STEM skills may not be the most appropriate strategy for improving labor-market outcomes, Weaver said.

"It's only by taking all these measures into account that we can arrive at an accurate picture of the nature of hiring frictions and labor-market challenges," he said.

One remedy for employers would be better funding and investment in human resources in the hiring process.

"Companies that underinvest in outreach or don't have sufficient personnel to cast their nets wide enough to do a good job at recruiting—that's very predictive of hiring difficulties," Weaver said.

"How an organization operates, its characteristics, and its approach to human resources—all of that matters in the labor market," he said.

One result from the study involves market structure: Employers that have market power over employees tend to experience fewer long-term unfilled vacancies. Ultimately, more research is needed to flesh out the ways in which labor-market competition and power imbalances interact with hiring frictions, Weaver said.

"The bottom line is that all of these factors cast doubt on simple stories about technology-driven hiring problems and point to the importance of examining a broader range of organizational factors and market forces when addressing workforce challenges in STEM jobs," he said.

- This press release was originally published on the Illinois News Bureau. It has been edited for style