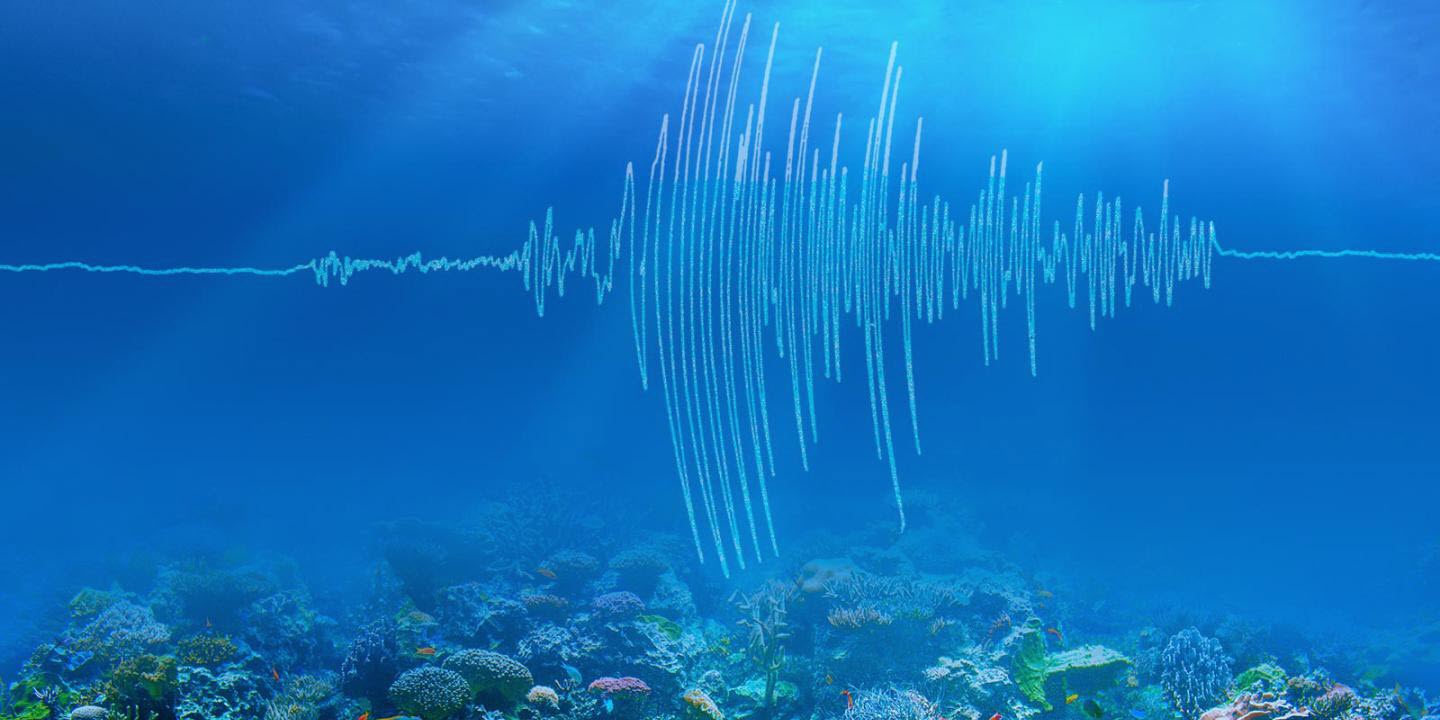 Despite climate change being most obvious to people as unseasonably warm winter days or melting glaciers, as much as 95 percent of the extra heat trapped on Earth by greenhouse gases is held in the world's oceans. For that reason, monitoring the temperature of ocean waters has been a priority for climate scientists, and now Caltech researchers have discovered that seismic rumblings on the seafloor can provide them with another tool for doing that.

In a new paper published in Science, the researchers show how they are able to make use of existing seismic monitoring equipment, as well as historic seismic data, to determine how much the temperature of Earth's oceans has changed and continues changing, even at depths that are normally out of the reach of conventional tools.

They do this by listening for the sounds from the many earthquakes that regularly occur under the ocean, says Jörn Callies, assistant professor of environmental science and engineering at Caltech and study co-author. Callies says these earthquake sounds are powerful and travel long distances through the ocean without significantly weakening, which makes them easy to monitor.

Wenbo Wu, postdoctoral scholar in geophysics and lead author of the paper, explains that when an earthquake happens under the ocean, most of its energy travels through the earth, but a portion of that energy is transmitted into the water as sound. These sound waves propagate outward from the quake's epicenter just like seismic waves that travel through the ground, but the sound waves move at a much slower speed. As a result, ground waves will arrive at a seismic monitoring station first, followed by the sound waves, which will appear as a secondary signal of the same event. The effect is roughly similar to how you can often see the flash from lightning seconds before you hear its thunder.

"These sound waves in the ocean can be clearly recorded by seismometers at a much longer distance than thunder—from thousands of kilometers away," Wu says. "Interestingly, they are even 'louder' than the vibrations traveling deep in the solid Earth, which are more widely used by seismologists."

"The key is that we use repeating earthquakes—earthquakes that happen again and again in the same place," he says. "In this example we're looking at earthquakes that occur off Sumatra in Indonesia, and we measure when they arrive in the central Indian ocean. It takes about a half hour for them to travel that distance, with water temperature causing about one-tenth-of-a second difference. It's a very small fractional change, but we can measure it."

Wu adds that because they are using a seismometer that has been in the same location in the central Indian Ocean since 2004, they can look back at the data it collected each time an earthquake occurred in Sumatra, for example, and thus determine the temperature of the ocean at that same time.

"We are using small earthquakes that are too small to cause any damage or even be felt by humans at all," Wu says. "But the seismometer can detect them from great distances , thus allowing us to monitor large-scale ocean temperature changes on a particular path in one measurement."

Callies says the data they have analyzed confirm that the Indian Ocean has been warming, as other data collected through other methods have indicated, but that it might be warming even faster than previously estimated.

"The ocean plays a key role in the rate that the climate is changing," he says. "The ocean is the main reservoir of energy in the climate system, and the deep ocean in particular is important to monitor. One advantage of our method is that the sound waves sample depths below 2,000 meters, where there are very few conventional measurements."

Depending on which set of previous data they compare their results to, ocean warming appears to be as much as 69 percent greater than had been believed. However, Callies cautions against drawing any immediate conclusions, as more data need to be collected and analyzed.

Because undersea earthquakes happen all over the world, Callies says it should be possible to expand the system he and his fellow researchers developed so that it can monitor water temperatures in all of the oceans. Wu adds that because the technique makes use of existing infrastructure and equipment, it is relatively low-cost.

"We think we can do this in a lot of other regions," Callies says. "And by doing this, we hope to contribute to the data about how our oceans are warming."

- This press release was originally published on the Caltech website