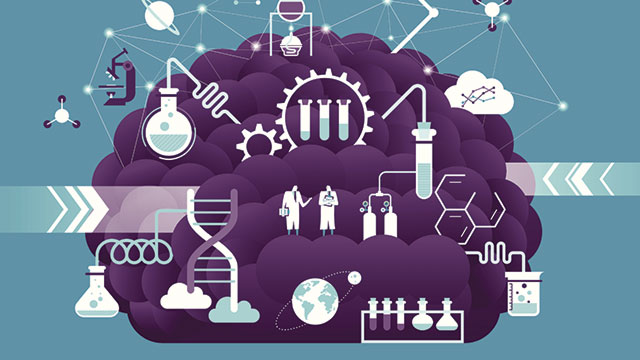 Laboratory information management systems (LIMS) have evolved toward greater accessibility, functionality, and interconnectivity, to a degree that could not be foreseen (or have been possible) when LIMSs were first introduced. In the early 1980s, when computer scientist Bob Voelkner, now VP of sales and marketing at LabVantage Solutions (Somerset, NJ) was working on LIMSs for a top-three pharmaceutical company, information systems were a novelty. “We were working with minicomputers or small mainframes. There were no Oracle databases, no Windows, no microcomputers. The challenge then was sample management, and that’s what LIMSs back then were designed to do.”

At the time, the pharmaceutical industry was just adopting large compound libraries for drug discovery and combinatorial chemistry to probe active molecules within those molecule collections. As more drug discovery organizations adopted these tools, labs became inundated with samples, sometimes needing to process thousands of unique samples per week.

To this day, a great deal of the effort in lab automation, particularly on the software side, attempts to manage such research, to cover both lab samples and processes. For decades, LIMSs focused on the former, while electronic laboratory notebooks (ELNs) handled the latter.

“So the two platforms developed independently, and their functions never met unless customers wanted both,” Voelkner adds. “At which point, the two vendors would do a dance and figure out how to make the software packages work together.”

Today, through mergers, acquisitions, and technology acquisition, most major LIMS developers incorporate at least some aspects of laboratory execution software (LES), ELNs, database, or supervisory functions into their LIMSs.

One goal of both ELNs and LIMSs is elimination of nonvalue-added laboratory activities, of which paperwork is a substantial but seemingly entrenched component. “A large proportion of lab workers still use paper notebooks, and even when they have high-level information systems in place, they may still use paper worksheets,” Voelkner laments. Thus, the elimination of paperwork became a common driver for adoption of both ELNs and LIMSs, which further drove their integration.

Another idea, that individual lab processes were part of a larger organic whole, made integration of LIMS and ELN products even more appealing. “Our view has always been that laboratory information software should not exist in silos,” Voelkner says. “They’re highly interrelated and leverage a lot of common functionality. Plus customers want a single vendor for everything. It makes sense to have LIMS, LES, and ELN under one software platform.”

As LIMSs began losing their exclusive focus on samples, they also underwent what this column has termed (with respect to instrumentation) “democratization”— reduced complexity leading to improved usability and accessibility by ordinary users. Bin Yu of AIS International (Newent, Gloucestershire, UK) describes this class of information products as “lean” LIMS.

“Traditional pharmaceutical LIMSs are highly loaded and require significant investment. The many modules and stacks required for this or that functionality scared many users. A LIMS should be intuitive.”

For example, AIS LIMS products, which are configurable and can be integrated with scientific data management systems and ELNs, allow users to build data entry and report templates without relying on programmers. The only prerequisite is familiarity with spreadsheet software. The software complies with CFR Part 11 (data integrity for pharmaceutical laboratories) and ISO 17025 (testing lab competency). And like all modern LIMSs, the AIS product is accessible from any computing device.

Integration with third-party laboratory and process software has long been a goal for LIMS companies. Early on, developers were constrained by computing power, limitations in supervisory software, and the proprietary nature of such products. Those limitations are disappearing as interface standards emerge and suppliers recognize that staying in business requires them to accept the reality of multisourcing for laboratory information products.

“LIMS also connects to ELNs for a complete picture of quality data and how it is acquired. ELNs keep track of each step in the process, so at the end of the day, if a product emerges out-of-specification, you can trace it back not only to a specific production lot, but how the product was tested, step by step.”

Modern LIMSs, including QSI’s flagship WinLIMS, have a good deal of ELN functionality already built in, but some customers, Citardi says, prefer a dedicated ELN. “We don’t do that. We record results, integrate production lot number with the ERP system. We link the minuscule details of testing with the macro product data.”

The question of whether to host a LIMS (or any data-intensive application) locally, at or near the point of use, versus keeping it in the cloud has pretty much been settled. Drug companies, which churn out thousands of patents per year and with a keen sense of intellectual property ownership, were at one time reluctant to let their data “out.” Today, the preference is for cloud-based data repositories.

“Established customers are migrating to the cloud, and new customers actually prefer it,” Voelkner says. “Cloud-based LIMSs offer better performance, easier scaling as a project or company grows—with very little capital investment—and to be honest, it can provide superior security and data integrity, greater redundancy, and better disaster recovery. Plus the software-as-aservice model, in which we are increasingly involved, allows labs to subscribe rather than purchase, which helps their budgeting.”

QSI, for example, prefers not to host its software or the volumes of data it acquires. Like many LIMSs, WinLIMS is usually hosted through third-party cloud storage. “Either way, it’s the same software, the same product,” Citardi says. “In the past, pharmaceutical companies were reluctant to use cloud storage, but security technology has improved so much, they now realize that these installations can be as secure or even more secure than local hosting.”

For additional resources on informatics, including useful articles and a list of manufacturers, visit www.labmanager.com/informatics

STARLIMS QM 12.0 is designed to offer increased freedom of interoperability 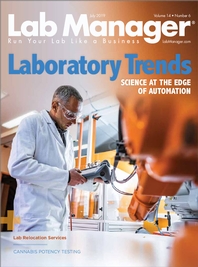 Labor automation has always been a polarizing subject, approached alternately with hushed caution and with a tendency to rant and rave, to smash and rend