Lab or bench-scale ALHs often lack the capabilities of core lab instruments, and workflows change as well. Users therefore demand scalable, relatively low-cost instruments to which they may add functionality later on. Many of these customers operate at what Ms. Mehto refers to as an automation decision threshold. “We’re trying to provide users with an on-ramp to automation that they can enter at reasonable cost, and have the flexibility to adapt the instrument over time.”

Most of these use handheld electronic pipettes daily, and sample volume is beginning to take its toll. No “magic formula” exists for when automation begins to make economic sense—that depends on budgets, workflows, and skill levels.

Throughput is always a factor in deciding to “go automated.” But many experts have noted that speed is secondary to analysis quality. ALH provides accuracy, repeatability, and essentially error-free record keeping while freeing lab workers to do more creative activities such as planning experiments and analyzing data.

For this reason, says Peter Mrozinski, product manager for workflow automation at Agilent Technologies (Wilmington, DE), vendors who stress throughput miss the value of automation. “Automation does not have to be faster than manual techniques to provide value. Its contribution to improving workflows is consistency and reproducibility—as accurate as your best technician on a good day, but with the reliability and reproducibility of an analytical instrument.”

Mrozinski believes that ALH can do more for standards preparation than for sample prep. One Agilent customer reported that by making up standards on demand, in many cases overnight, they saved $16,000 per year in solvent costs and $20,000 on rework in one year.

The sound of accuracy

One of the most significant breakthroughs in ALH was the introduction of acoustic droplet injection, which uses ultrasonic energy to eject droplets from open wells. Conventional ALHs employ mechanical displacement to draw liquid into pipette tips and dispense into vials or microwells.

“The problem with traditional liquid handlers, regardless of whether they are based on a pipetting mechanism, pin tool, or piezloelectric effects, is that their fluid contact surfaces get wet,” explains Joe Olechno, VP of R&D at Labcyte (Sunnyvale, CA), which specializes in acoustic droplet injection. The effect of wetting is close to undetectable when transferring milliliters, and negligible even with microliter transfers. “But for very small liquid delivery, the holdup becomes a significant percentage of the total. And the error increases the smaller you go.”

Acoustic injection in essence utilizes a “nozzleness nozzle” in which no surface is wetted. Published studies have shown coefficients of variation as high as 20 percent for typical ALH, while for acoustic injection the variance was less than 3 percent.

Pipetting accuracy can have immense consequences on experiments. Perhaps as important are unfavorable interactions between pipette tips and labile proteins. In 2010, AstraZeneca reported that binding to pipette tips caused conventional liquid handlers to deliver a thousandfold less of an active pharmaceutical ingredient to a drug screen than did acoustic technology. Differences of that magnitude can easily cause assay results that should be positive to come back negative.

Pipette-less dispensing can also have direct cost benefits. Bristol-Myers Squibb and AstraZeneca have reported that acoustic delivery saved them $200,000 and $160,000 per year, respectively, in pipette tip savings. “You wouldn’t think this would be a huge area of savings, but with millions of dispenses per year it adds up,” says Mr. Olechno.

Among the first adopters were research groups at the Institute of Cancer Research (London, UK) and the Southern Research Institute (Birmingham, AL). Dr. Spiros Linardopoulos, a team leader at the London institute, mentioned “greater flexibility” and “total control of the remaining volume” as justification for the novel siRNA reagent format.

And now for something completely different

ALHs are normally used to deliver precise quantities of fluids to test wells. PhyNexus (San Jose, CA) has come up with a twist on this idea: separations on a pipette tip. The company’s PhyTip® “columns” consist of ordinary-looking pipette tips charged with chromatography resins. Almost any resin can be used, including normal phase, ion exchange, affinity, reverse phase, and protein capture.

PhyTips work by drawing fluid from test samples into the pipette arrays. A typical 200-μL column holds anywhere from 5 to 20 μL of resin. As the fluid travels through the tip, analytes bind to the resin. Buffer is then drawn into and out of the tip to wash away impurities. Finally, the ALH draws in an elution buffer and dispenses the purified macromolecule into a new plate or set of vials.

“PhyTips are compatible with liquid handling systems from all major vendors,” says PhyNexus CEO Douglas Gjerde. Since the entire process is automated, significant time savings are possible. PhyNexus claims throughput improvements of between 10 and 100 for protein sample preparation.

As expected, PhyNexus’s main customers are pharmaceutical companies that multiplex assays and protein preps. Some customers use PhyTip columns to screen chromatography resins or separation conditions, which they then scale up. The technique is also applicable upstream, to purify proteins from cells or microorganisms raised under an array of conditions. 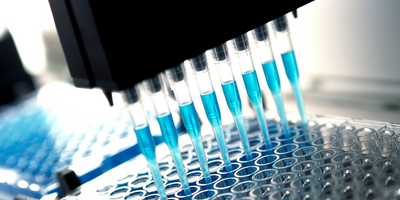 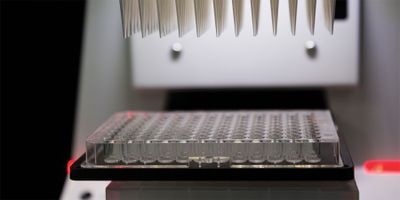 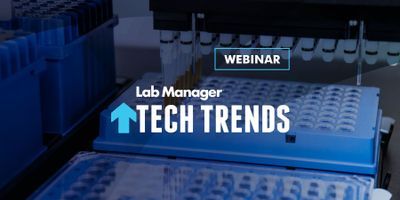 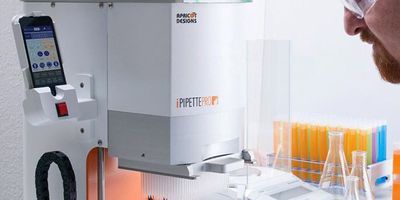 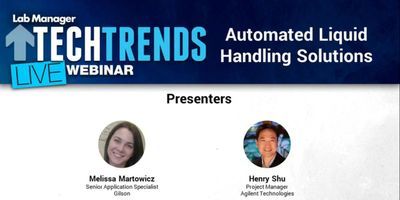