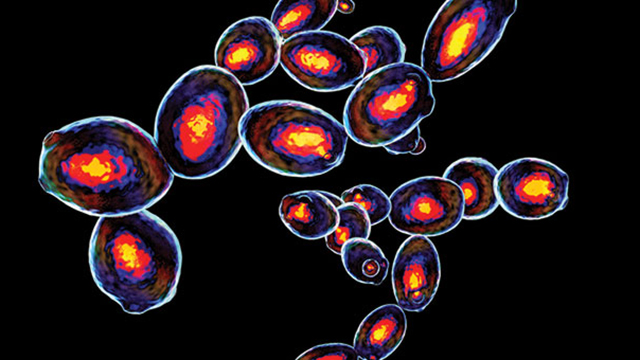 According to Adam Cotty, associate director for project management at FlowMetric (Doylestown, PA), contract developers validate expression of the inserted gene or the absence of a knocked-out gene by polymerase chain reaction (PCR). “But PCR does not tell you where the expressed protein is located, or if it exists in a biologically relevant conformation. Flow cytometry can provide all of that information,” says Cotty.

Monoclonal cell lines are derived from a single cell, meaning that every cell within the culture is identical. Growing a culture of trillions of production-worthy cells from a single, genetically modified progenitor cell isn’t easy. Cells are first transfected to express the gene (and protein or characteristic) of interest, screened for that trait, then grown in a dish to about 50-60 percent confluence. Investigators add trypsin to detach adherent cells from the surface (and their neighbors as well), which is when the fun begins. Through a process known as limiting dilution, cells are suspended to a density of less than one million cells per milliliter, then plated out to an average density of about 0.3 cells per well. This assures that some statistically relevant number of wells contain either one cell or no cells. Flow cytometry achieves the same end through single-cell sorting using surface markers, and tends to have a higher hit rate for positive clones than does limiting dilution: Cells deemed “positive” for specific markers are selected and seeded into each well. Flow methods can also select for productivity, as quantified by expression levels.

Flow cytometers are capable of identifying intracellular markers as well, but not without creating pores within cells, thereby killing them. This technique confirms identity but is unsuitable for cloning. Having no more than one cell per well is critical to the process, both for purposes of establishing homogeneous cell populations, and to reduce the effects of genetic drift where subpopulations with varying levels of expression can overtake populations of desired cells.

Sorting on the basis of secreted proteins is a common exercise when screening cells for protein-generating productivity, but it is more difficult than working with surface proteins as secreted molecules are free-floating and not fixed to a particular location on the cell. One technique for overcoming this limitation involves staining the cells at 4°C, thus slowing the transit of secreted proteins into the extracellular space. Clone selection is facilitated by identifying several cell markers simultaneously, which requires the cytometer to detect multiple parameters or “colors” corresponding to fluorescence emissions for various tags. FlowMetric uses the flow cytometer FACSAria III, which detects and quantifies up to 16 parameters, and can sort cells into four distinct populations. This is particularly useful in cell-based therapy, where treatments involve specific immune cell sub-populations.

“For monoclonal antibodies, we generally look for just one target and one color, corresponding to the antibody on the cell surface as it is being secreted,” Cotty says. “Blood phenotyping can require looking at a large number of markers, specifically referred to as high dimensional flow cytometry analysis.” Flow cytometry methods have the advantage over immunochemical assays in both speed and the ability to quantify multiple parameters concurrently. “Western blotting is laborintensive, and provides information on only one cellular trait at a time,” Cotty says.

“When creating clones, it is important to select the desired trait, for example protein production, and to maintain it as the clonal population expands over multiple generations,” says Guenther. “The same holds for any phenotype. Of particular concern for the production of therapeutic proteins are fairly common situations where the coded protein, which is foreign to the organism, is toxic or in some way inhibitory. One common way around this is to make protein expression drug-inducible, so it only occurs when a particular molecule is added to the cell culture media.”

Another example is the expression of these chimeric antigen receptors (CARs) in T cells used in the immunotherapy field today. It is critically important that these CARs maintain their expression in T cells following expansion.

Among its many instrument offerings, Agilent’s NovoCyte line of flow cytometers specifically targets cell line development, and its fully integrated autosampler handles many plate formats, including 384-well plates. Agilent also offers the xCELLigence analyzer that can monitor cell changes in real-time without the use of any labels. “Researchers have used xCELLigence to monitor subtle differences among clones, to select the cell line that best represents what they are trying to achieve,” Guenther adds.

“It’s important that your flow cytometer provides high quality data and is easy to use,” says Guenther. “All too often I’ve seen expensive equipment not used because it is just too complicated, the original users have left that particular lab and their replacements are unfamiliar with the instrument. A flow cytometer needs to have enough capacity to support the experiments you’re running. So, if you are primarily performing multicolor immunophenotyping studies, you need an instrument capable of detecting all the markers that you want to evaluate.”

“At the lower end of the throughput spectrum, if you’re only interested in live/dead cell analysis or counting bacteria using just one dye, an instrument capable of detecting just a few colors is all you need.”

Generally, increasing the number for fluorescence detection channels increases instrument costs, so acquiring an instrument that is upgradable is an option to consider.

“Additional must-have features include the addition of an autosampler that is sufficiently versatile to run tubes or plates,” Guenther adds. “When running multicolor experiments, automatic compensation becomes a must-have feature because it allows rapid, accurate calculation of spillover from one fluorochrome into other detection channels.”

For additional resources on flow cytometry, including useful articles and a list of manufacturers, visit www.labmanager.com/Flow-cytometry