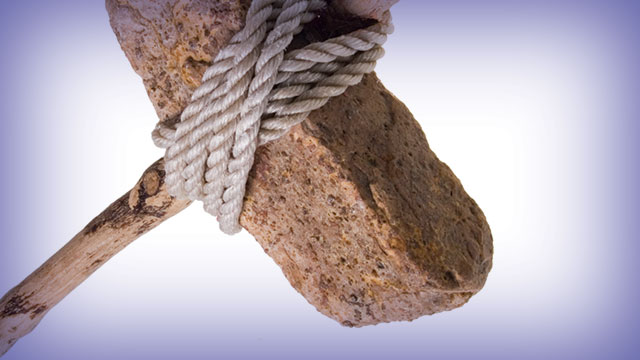 Beyond the conventional uses of this technology, homogenizers keep getting used in new ways. For example, Kathrin Hielscher, marketing manager at Hielscher Ultrasonics in Teltow, Germany, says, “A very important sector is sonochemistry, where the influence of ultrasonic energy and the resulting shear forces can create unique results.” Ongoing advances in research and development across a wide range of fields will surely propel even more applications of homogenizers.

To keep up with other technologies, homogenizers keep getting smarter. Hielscher explains, “The standards of lab homogenizers adapt more and more to the intelligence of industrial machinery. This means adding smart features such as browser control of the device, automatic data recording, automatic shutoff after a determined time or energy input, or the option of interval processing with defined pauses during the homogenization process.” That kind of control allows far more sophisticated homogenization cycles.

One lab might also use the same homogenizer for multiple tasks. To do that, the device needs some flexibility. “For small-scale sample preparation in the analytical lab, customers ask frequently for multifunctional devices to fulfill demanding applications,” Hielscher says. That makes flexibility a feature worth seeking when shopping for a new homogenizer, especially in labs that lack the budget or even the space for multiple devices.

In some instances, though, different applications will require specific forms of homogenizing. For instance, Jeffrey D. Whyte, product manager, molecular biology and radiochemicals, at MP Biomedicals (Santa Ana, CA), says that a beadbeating homogenizer works great for agricultural biosciences needs, such as extracting DNA from a parasite on a plant’s roots, or for forensic applications, such as grinding bone samples or processing a bodily fluid on clothing.

It’s hard to ensure that a homogenizer will do just what you need. So test it first. As Hielscher says, “Before buying a new homogenizer, it can be very helpful to test different types of homogenizers to compare the results that can be achieved with different homogenization tools. Especially demanding tasks—for example, in nanotechnology or biology—often cannot be fulfilled with a traditional mixing device and require a powerful homogenization tool.”

A user also needs to know how the process affects that sample. Because of that, a common question is whether homogenizing heats up the sample. According to Hielscher, “Although the homogenizing process—for example, by ultrasonication—is a mechanical, nonthermal mixing method, the processed liquid heats up. Based on the law of thermodynamics, the input of energy into a medium ends in heat finally.” She adds, “The ultrasonic homogenizing method is a very energy-efficient means of homogenization, which means that 80 to 90 percent of the total energy input is converted into ultrasonic cavitation so that the input of thermal energy is kept low.” Moreover, a cooling bath can be used to minimize any temperature change in a heat-sensitive sample. Even simpler, the process can be done in an on-and- off fashion to limit any heating.

In many cases, the speed of the process matters, which can be another reason to test a product before purchase. For instance, Whyte says, “Faster processing time increases the quality of the yield for nucleic acids and proteins because it gets them into the protective buffer much quicker.”

Some industries need particular features more than others do. For instance, Whyte says, “Big agribio and forensics process lots of samples, so they tend to use larger instruments, like ones that use 96-well plates or [are] even bigger.” Conversely, some scientists use homogenizers for small batches. “There’s a bit of a trend toward smaller, personal instruments that homogenize just one to three samples at a time,” says Whyte. Also, Whyte mentions that his company even makes a batteryoperated, single-sample device that can be taken to the field. This kind of portability really expands how and where a homogenizer can be used.

Making a better fit with a homogenizer and a specific industrial application often depends on the options for controlling the technology. It’s easy to find a homogenizer that allows a wide range of options. However, according to Whyte, one new bead-beating device incorporates smart technology including a touchscreen-controlled microprocessor that comes with dozens of recommended programs for specific uses, such as the sample being processed. “These programs can cut down the optimization time,” says Whyte. “With any new application, you might have to tweak a program here or there, but the program will get you very close to the optimum processing.”

In a regulated environment, such as the pharmaceutical industry, other features make life in the lab easier. Just adding a USB port, for instance, makes it far easier to keep track of the processing of a sample, allowing memorystored assay data, including when and how the sample was homogenized, to be downloaded to a computer.

Some applications can be very specific. For instance, at Sequip in Düsseldorf, Germany, Friedel H. Schwartz, chief technology officer, describes using a homogenizer “inside a beaker inside a bypass line during the pumping in a stream of drilling mud.” He adds that they “use the same technology for process and lab applications in combination with Sequip’s shockproof and vibrationproof sensor technology.”

These examples reveal only some of the breadth of science and technology that require a homogenizer. So the only real solution to matching the best technology to the technique at hand requires lots of product research and talks with colleagues and company experts, plus a few test runs with various products.

For additional resources on homogenizers, including useful articles and a list of manufacturers, visit www.labmanager.com/homogenizers