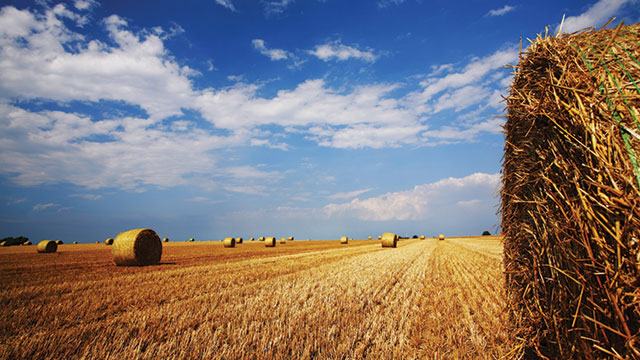 “Our purpose is to protect the food supply and ensure wholesome food products for citizens of Utah as well as [to test] agriculture products such as animal feeds and fertilizers,” says UDAF laboratory director and state chemist Dr. Weston Judd. “Our main function here is to provide laboratory services to the other divisions within the department.”

His division includes four labs: a dairy testing lab, a feed and fertilizer testing lab, a meat testing lab, and a pesticide testing lab. The dairy lab is part of the U.S. Food and Drug Administration’s (FDA) Grade A milk testing program and carries out all the required tests, including bacterial counts, detection of antibiotics, and measurement of components such as milk fat. They also test dairy products for label compliance, making sure that what a product’s label says matches what’s in the actual product.

As the State Central Lab, the dairy lab is also responsible for certifying other dairy testing labs in Utah.

“Those other labs also test milk products and milk samples so that we’re not overwhelmed here,” Judd says. “If we had to test all of those, it would just be an overwhelming number, so those other labs help that way.”

He adds that some of the dairy lab’s microbiologists are certified by the FDA as laboratory evaluation officers and audit those other labs for FDA certification.

As for the feed and fertilizer lab, as its name suggests, it tackles the testing of fertilizer and animal feed products, mostly for label compliance, ensuring that fertilizers have the components listed on the label and that the protein, fat, and fiber content listed on feed labels are actually in the products.

The division’s meat testing lab is part of a state program. Compliance officers collect samples from grocery and other food stores to test for label compliance and for fat and moisture content. The lab is also part of the Food Safety and Inspection Service program run by the U.S. Department of Agriculture.

“We test for the presence of pathogenic bacteria in meat samples that come from meat plants throughout the state of Utah,” Judd says, adding that they mainly test for E. coli O157:H7, Salmonella, Listeria, and non- O157:H7 E. coli (STEC). They recently started testing samples from Montana as well.

Judd estimates that all four labs take up about 10,000 square feet in total, almost an entire floor of the building they are in, with a total staff of nine that is made up of three microbiologists, one secretary, and five chemists. Those employees have at least a bachelor’s degree in various areas of science, though the lab division prefers chemistry or microbiology in particular when hiring. Half of the staff hold master’s degrees and a few have PhDs.

And, of course, there is plenty of training when new staff members come on board, though it varies between each of the four labs. All staff learn their lab’s standard operating procedures, but Judd says the dairy lab training is probably the most specific and stringent.

“They receive training initially from other lab personnel,” he says. “After they get up to speed, then they have to go through an FDA review, where an FDA auditor will come out and review all the procedures and make sure the testing is done to FDA standards. The training is mainly geared toward passing that audit so they become FDA-certified microbiologists, which is required for them to work in that lab.”

For the other labs, the chemists receive training specific to what their role will be.

“If they’re doing testing for, say, fat content in ground beef samples, then they would be trained on that method and that training would come from a laboratory employee who has done that procedure and is comfortable with [it],” Judd explains. “Once they are confident in that training, we branch out and start cross-training them on other methods.”

He adds that all four labs have proficiency testing programs at least each quarter, which the analysts have to pass, and they’ll also sometimes send staff to conferences and outside training.

Most of the lab division’s work comes in the spring and summer months, while things are a little slower in the winter. In May, for example, the labs collectively dealt with 630 samples, with three of the labs running 975 tests over that time span, while the dairy lab ran 764 tests.

“The time to analyze samples varies quite a bit,” Judd says. “Some of them go pretty quick and some take a few days.”

As lab director, Judd keeps an eye on all of that work.

"I view my role mainly as overseeing the laboratory work, making sure we have the equipment that we need to do our jobs, that every individual lab has the resources that it needs, and just making sure that the testing that we’re required to do is getting done in a timely manner,” he says.

In an average day, staff finish up tests from the day before, record those results, and send the results to Judd for signatures. They’ll also deal with receiving samples brought in from the compliance officers and start lab analysis on those samples.

“Of course, there are always unexpected things that happen in any lab,” Judd says. “An issue might come up with equipment, so you might plan to do one thing but end up doing something else out of necessity.”

He adds that one challenge for him is the diversity of his team, though he feels it’s a good challenge to have.

“Overall, they work pretty well together,” he says. “Promoting teamwork is a bit of a challenge sometimes because the dairy testing lab does work that’s quite a bit different from what the chemistry group does.”

One way they handle that issue is through cross-training so that staff of one lab can help that of another in times when one lab has few samples while another is overwhelmed.

“We’re cross-training so that our analysts can help each other out, and that helps with teamwork,” Judd says. “I’ve seen more of that lately, where people are starting to pitch in when they see that one person receives a much larger sample load than what they have on that day, then they’ll go … and help them analyze those samples.” Like many lab managers, Judd says he enjoys the variety of each day in the labs as well as the staff ’s diversity.

“We analyze samples here, but it’s actually quite varied,” he says. “The diversity helps to mix it up quite a bit. There’s rarely a whole week where one day is the same as before. The challenge that each day brings and the diversity really contribute to that.”

To motivate his staff and ensure that they are enjoying their work as much as possible, Judd does his best to give them a sense of ownership in their work, something that naturally comes about because with some of the labs, there is only one person responsible for testing.

“I let them get involved in the decision making, even as far as equipment,” Judd says. “I like to get their input on what kind of incubator they think we should buy, for example. They’re responsible for the type of testing that they do and, in a way, they’re the manager of their individual lab. I think that motivates them and helps them take ownership in what they do.”

Organization is another challenge the lab division faces. As the dairy lab is ISO 17025-accredited, those standards help keep things under control and the other labs essentially follow those standards as well. All of the labs are also looking to improve their inventory procedures to reduce waste and better keep track of supplies.

“A lot of the supplies, especially the microbiological supplies that we order, have certain expiration dates, so it’s a challenge to keep up with not ordering so much that we’re not going to use them before they expire, but we always have to have enough on hand for the sample load that we might be receiving,” Judd explains. “It’s challenging to organize that sort of thing.”

Another upcoming challenge Judd sees is being regulated by more government agencies. The labs already deal with the FDA, USDA, and the U.S. Environmental Protection Agency. “There will probably be more to come with the Food Safety Modernization Act,” he says. He adds that staying up-to-date with changes to USDA guidelines and new methods is something they deal with often.

“We have to use methods that are equivalent to what USDA methods are, so we have to ensure that we’re meeting those requirements,” Judd says. “Once in a while there are some changes that come along with that—to our standard operating procedures that we have to keep up on.”

Another change is that they’ve recently become involved in the FDA’s Manufactured Food Regulatory Program.

Future plans for the labs involve new lab space, and they also hope to add some new technology. Currently the main instruments used in the labs include GC-MS, HPLC, IR instruments, ICP-MS, various analyzers such as fat and PCR analyzers, and a cell sorter for testing the presence of somatic cells in milk samples.

“We’re hoping to get a triple-quad LC-MS-MS,” Judd says. “That’s kind of on our wish list. That would be mainly for pesticides—it’s a more efficient way to analyze them.”

In the near future, they hope to occupy a new building as part of a state “unified lab” initiative that combines other state labs and their own into a centralized location. If approval is granted, Judd expects they will be moved into the top floor of that building within three years. That plan has gained support from the state building board, but the project is still waiting for legislative funding.

“It seems like we have quite a bit of space here, but we’re actually undersized and it’s affecting our performance,” Judd says. “Our lab was also built to be an office space, not a laboratory, and thus ventilation and environmental control threaten the credibility of some of our tests. Our workflow would be better with the design we have in place; we have already gone through with architects and given our input on the design of this [new] building. In addition to that, we would also be able to expand our testing to be able to include more food products. That’s the most exciting thing looking to the future … for all the potential that it will bring to the laboratory.”