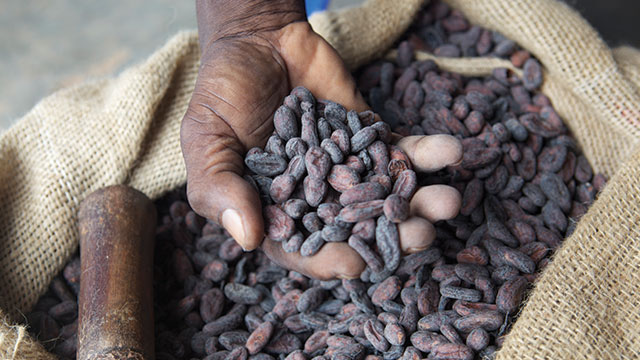 For experts in the field, though, food fraud predates these examples by centuries, and many instances stay below the general public’s radar. In fact, says John Spink, director of the Food Fraud Initiative at Michigan State University in East Lansing, “food fraud has been a problem since the beginning of recorded history.” And it’s a big problem. In an opening letter to attendees of the 2013 annual meeting of the American Bar Association’s Tort Trial & Insurance Practice Session, the program chairs—David A. Reif of McCarter & English in Hartford, Connecticut, and John P. Buckley of Ungaretti & Harris in Chicago, Illinois— wrote, “Food fraud is a $49 billion industry.”

In addition to the long history and high dollar value, food fraud extends over many types of foods. According to National Science Foundation International, headquartered in Ann Arbor, Michigan, “Food fraud originated as a money-making opportunity, a way to extend a food’s primary ingredients for added profit.” For instance, watering down milk extends the amount that can be sold. The financial triggers for food fraud, though, can spawn harmful products. For instance, the infant formula tainted with melamine caused some of the children to develop kidney stones. In addition, even some seemingly harmless alterations—at least from a health perspective— can be dangerous. In 2004, for example, the BBC reported that 13 Chinese babies died from malnutrition from excessively watered-down formula.

The problem, however, goes beyond children. Nearly everyone gets exposed to food fraud in some way. “The top 10 ingredients at risk for food fraud are mostly things that we use every day and take for granted, including milk, olive oil, honey, coffee, and so on,” says Nicola Vosloo, senior leader of strategy and global applications for food at PerkinElmer in Seer Green, UK.

Despite food fraud affecting so many everyday items, much of the problem remains a moving target. “It’s not the same food at the same time,” says Amy Kircher, director of the National Center for Food Protection and Defense (NCFPD), a Department of Homeland Security Center of Excellence at the University of Minnesota in St. Paul. “It’s not just infant formula or species substitution for fish.” She adds, “Many products are being adulterated, and the methodology of the fraud varies.”

Methods On The Menu

For the food itself, someone can adulterate it by adding something inexpensive to a higher-value product, like adding water to milk. Likewise, something inexpensive can be substituted for a pricier item, such as marketing regular olive oil as extra virgin. The problem also encompasses how the criminals get away with the fraud.

The globalization of the food supply opens many opportunities for fraud. For one thing, a criminal might create an adulterated food product in one country—maybe one known for creating the poor product—and then ship it through so many countries that the country of origin gets “lost.” This so-called transshipping often arises in the honey industry, where products cut with corn syrup or watered-down versions end up sold as “pure” honey.

This technique can also be used to avoid import tariffs that apply to one country and not others. “We don’t know how common this is,” says Kircher, “but we do know that honey is transshipped to evade tariffs in certain countries. It is also transshipped or relabeled because some countries might add an adulterant that is banned in other countries.”

Seafood makes one of the top food targets for fraud. In 2013, Oceana—a nonprofit international ocean conservation organization— reported that one-third of the retail seafood tested in the United States was a different species than the one indicated on the label. For some fish, the fraud climbed much higher: 59 percent and 87 percent mislabeling for tuna and snapper, respectively. Ongoing findings like these led Robert Hanner, associate professor at the Biodiversity Institute of Ontario and the Centre for Biodiversity Genomics at the University of Guelph in Canada, to describe the extent of seafood fraud as “systemic in the industry globally.”

Nonetheless, seafood fraud varies. “It depends on the species, geographic region, and likely the time of year as well,” says Hanner. “During the legitimate harvest season for a particular species, there is a greater likelihood of actually getting it.”

Like other forms of food fraud, many examples carry largely economic consequences. Consumers could pay red snapper prices and get the much cheaper tilapia. In other cases, the switch could cost the consumer his or her life. In 2007, for instance, the US Food and Drug Administration (FDA) published a warning that some fish labeled as monkfish could be puffer fish, which—if not properly prepared—can contain the potentially deadly neurotoxin called tetrodotoxin.

People in the food industry need an easy way to determine the right fish species from the wrong one. This could be done with DNA barcoding, essentially using part of a fish’s genetic code as an indicator of the species identity. Hanner explains, “We can use DNA sequence variation of standard marker genes to tell species apart.” A useful marker is the mitochondrial cytochrome c oxidase subunit I gene (COI), which exhibits low variation within a species but varies enough between them that it can be used to distinguish most species. The application of DNA barcoding for species identification depends on having a database of barcodes derived from expert-identified reference specimens from around the world. “Building a reference library of known species that we can use to identify unknown fish is one of the goals of the International Barcode of Life—iBOL.org—project,” says Hanner.

The overall process of DNA barcoding, though, still requires a molecular biology lab and a few hours of work, but it could be turned into a quick tool that could be used in the food industry. Hanner and his colleagues are already working with InstantLabs in Baltimore, Maryland, to make an easyto- use device that can run various assays. “We have already developed a diagnostic test for Maryland blue crab,” Hanner says. The technology will also be expanded to other seafood.

Tools Already in the Box

Fighting food fraud does not always depend on new technology. For example, DNA testing can reveal a horsemeat- for-beef switch. “This is technology that exists that we haven’t employed for detection,” Kircher says. Other technologies can also be used.

Spectrometry in the ultraviolet-visible (UV-Vis) range can also tell one food from another. Carl Peters, applications scientist at BMG LABTECH in Cary, North Carolina, says, “We have several customers who have contacted us about using UV-Vis spectrometry to analyze food products, juices, and, recently, alcoholic beverages.” He adds, “Certain signatures are representative of individual beverages.”

BMG LABTECH provides platforms for this kind of analysis. Peters adds, “We can do this on a relatively large scale. On plates with 1,536 wells, we can scan 200 to 1,000 nanometers in less than a second per well.”

Other spectral ranges, such as near infrared (NIR), can also be used to detect food fraud. At PerkinElmer, Vosloo says, “We’ve used NIR spectroscopy to screen milk powder and measure adulterations.” Moreover, Vosloo and her colleagues can do this without needing the many calibrations for each adulterant that previous techniques required. “Developing all of the calibrations is not practical when there are well over 50 known adulterants in milk powder,” Vosloo explains. “We developed new algorithms within our adulterant-screening software for targeted and nontargeted screening that offers increased sensitivity—over conventional methods—for the detection of adulterants in a matter of seconds.”

For a food company, only a variety of technologies provide safety and certainty across the wide range of foods. Also, the testing needed depends on the food. As Matt Dofoo, consumer quality manager at Nestlé in Vevey, Switzerland, says, “From a technological standpoint, direct and indirect analytical methods are used for authenticity testing, based on the type of risk.” He adds, “Many types of targeted test methods are already in place to prevent known types of food-fraud adulterants from entering the food supply.”

Some technologies, such as Fourier transform infrared spectroscopy (FTIR), can be used in various ways. As examples, Dofoo says, “FTIR can act as an effective screen—milk fingerprinting—for detecting both known (including mineral oil, urea, ammonia-based salts, and detergents) and unknown potential adulterants in fresh milk at collection sites.” He also mentions other technologies being used, including nuclear magnetic resonance, isotope ratio analysis, and high-performance liquid chromatography.

To keep ahead of the game, companies also need tools for detecting the unexpected. For that, Dofoo says, “Moving forward, Nestlé is working with a number of groups that are developing and championing the use of untargeted test methods to prevent new adulterants from entering the food supply.”

Food-fraud criminals apply a range of tools for picking their next targets. “They are watching the market, the weather, and policy changes for what can be a filler for ground beef, to see if they can slide in horsemeat,” says Kircher. “They are looking for a space in the market where they can adulterate a food, make money, and not get caught.”

Even the Ebola epidemic raises concerns over upcoming food fraud. West Africa supplies about three-quarters of the world’s cocoa. Although the Ebola epidemic has not decreased the cocoa supply so far, the price is already climbing on the world market. “So insights on tackling food fraud people might enter the market with cocoa that is cut,” Kircher says.

For food fraud in general, what happens in one region can affect others. “In the past, a local butcher having a problem with ground beef maybe only affected a city block,” says Spink. “For a food company, billions of pounds of meat could go around the world in 24 hours.”

That increase in movement and speed creates evolving options for food fraud. In addition, the criminals keep upping the game. “The bad guys are clandestine, stealthy, resilient, and often very well-funded, and they actively avoid detection,” Spink says. To fight that kind of fraud, companies and countries around the world must work together, employ advanced technology, and combine criminology efforts. “We need to understand why and how organizations commit fraud and to understand their tendencies so that we can detect them and learn how to slow their growth,” Spink says.

In the end, fighting food fraud requires teamwork. As Dofoo says, “Combating food fraud cannot be done in a silo. The entire industry must work together with regulators and other stakeholders to prevent fraud.” Both old and new technologies from science and crime labs will come into play. In addition, techniques from both fields must keep advancing to fend off future attempts at food fraud. In many cases, success at fighting food fraud truly is a matter of life and death.