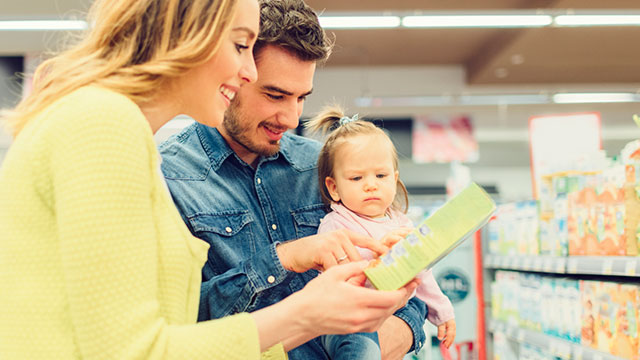 Results showed that in 2015, companies spent $77 million to advertise infant formula and baby and toddler foods and beverages to parents, primarily on TV, magazines and the Internet.

Researcher Jennifer L. Harris of the Rudd Center for Food Policy and Obesity at the University of Connecticut compiled data from syndicated media sources and analyzed the content of advertising of infant formula and baby and toddler foods to parents. She examined the amounts spent for advertising in various media sources, the nutrition content of advertised products, marketing messages and claims, and parents’ exposure to messages.

Results showed that in 2015, companies spent $77 million to advertise infant formula and baby and toddler foods and beverages to parents, primarily on TV, magazines, and the Internet. Nearly 60 percent of this advertising promoted products that are not recommended by doctors or health professionals, including toddler milks marketed as toddler “formula,” nutritionally poor toddler snacks, and one children’s liquid nutrition supplement. The advertisements focused on individual nutrients in the products and how the products might contribute to young children’s mental and physical development, which could lead parents to believe that they are better options than more nutritious, homemade foods.

“We identified a number of common marketing strategies that baby and toddler food and drink companies use to increase sales of their products aimed at children up to age 3,” Harris said. “Unfortunately, infant formula manufacturers often position their products as better alternatives to breastfeeding and homemade food, and many of their marketing messages contradict health professionals’ advice for teaching young children to like nutritious food and develop lifelong healthy eating habits.”

“Toddler milks contain added sugar and the American Academy of Pediatrics does not recommend serving them to toddlers. Breast milk or whole milk are the best options for 1- to 2-year-old children,” Harris said. “Moreover, they are packaged similarly but less expensive than infant formula, which could cause confusion for parents.

Funding for the study was provided by the Robert Wood Johnson Foundation.

APHA 2016 is themed “Creating the Healthiest Nation: Ensuring the Right to Health” and will focus on moving toward health equity, which means we must value all people equally, promote prevention and zero in on the social determinants of health.