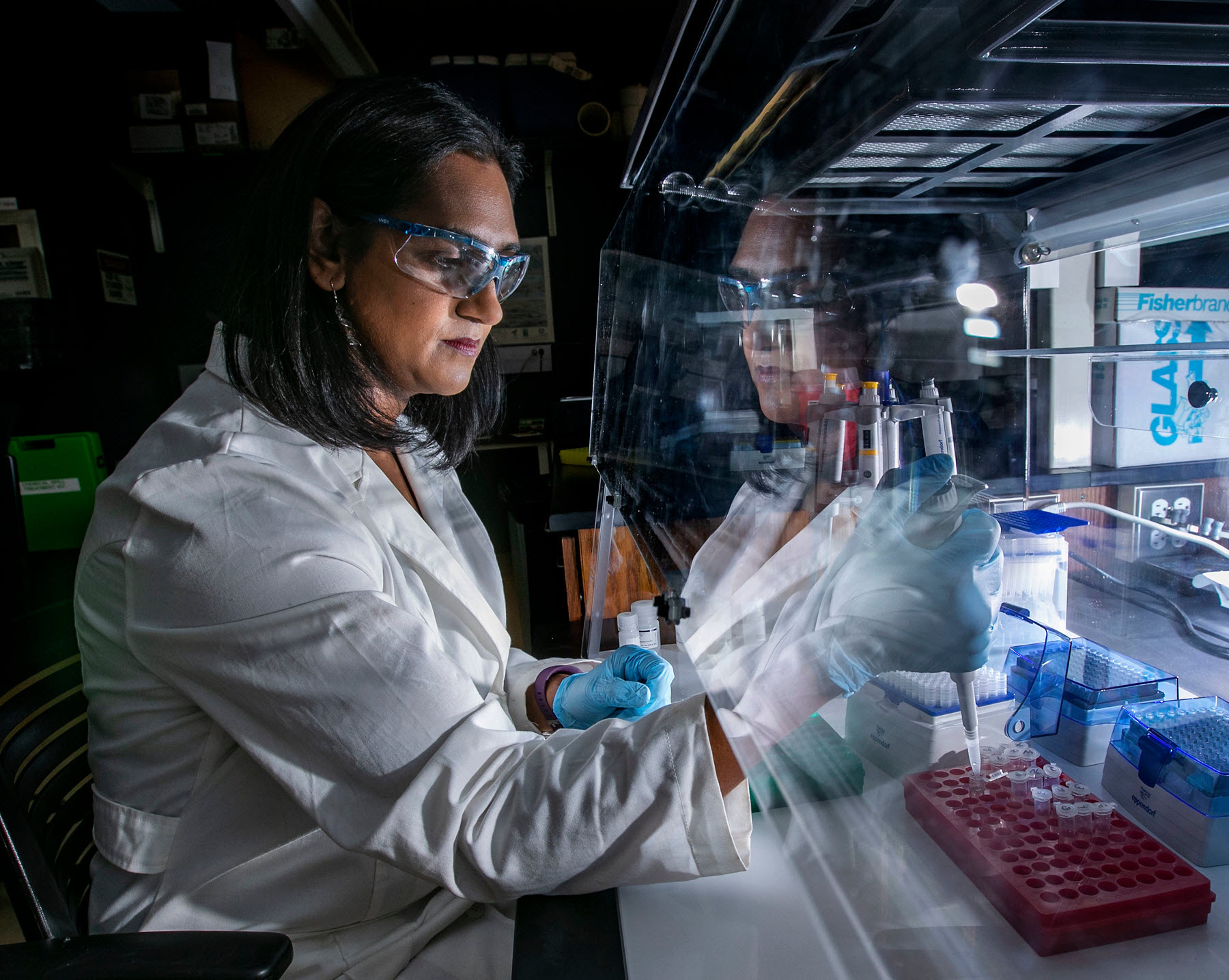 CHICAGO, IL — Racial and ethnic diversity in science, technology, engineering, and mathematics (STEM) remains low, continuing to raise concerns for equity and inclusion of scholars from minoritized communities. But there are steps that can be taken now to help make research groups more equitable and inclusive, stressed the authors of a new paper published Oct. 1, 2020, in the journal PLOS Computational Biology.

“Our paper is aimed particularly at STEM leaders, who set the culture and workplace climate in our labs and research groups, and are increasingly looking for tangible steps they themselves can take to address racism in STEM workplaces. The idea was to compile an easily digestible list to help so many of our colleagues who are in search of clear actionable items,” said Bala Chaudhary, an assistant professor at DePaul University in Chicago and a co-author of the paper: “Ten simple rules for building an antiracist lab.”

Some of the documented causes for a persistent lack of diversity in STEM include bias, discrimination, and harassment of members of underrepresented communities. “These issues persist due to continued marginalization, power imbalances, and lack of adequate policies against misconduct in academic and other scientific institutions,” wrote Chaudhary and co-author Asmeret Asefaw Berhe, a professor at the University of California in Merced.

“All scientists can play important roles in reversing this trend by shifting the culture of academic workplaces to intentionally implement equitable and inclusive policies, set norms for acceptable workplace conduct, and provide opportunities for mentorship and networking,” the authors noted.

“The global uprising against racist violence that began in May 2020 sparked in the science community a level of interest in antiracism that I have never seen before. We wrote this paper to help scientists who are new to antiracism work identify tangible actions and connect with resources to encourage the development of a more antiracist STEM environment,” Chaudhary said.

Berhe adds that “at the time when we were all mourning for and honoring the lives of George Floyd, Ahmaud Arbery, Breonna Taylor, and the many other innocent Black human beings whose lives were taken by senseless violence at the hands of the police, I felt the need to remind my colleagues that we should not pretend that this is just other people’s problem.”

“As educators of the next generation of scholars, we have to boldly stand for justice and acknowledge that the academic institutions that we are part of are built on racist and colonial systems that were precisely created with a culture of exclusion in mind,” Berhe said. “These historical structures continue to contribute to the persistent underrepresentation of Black, Indigenous, and people of color. But we can all play a role to improve culture, climate, and representation of people from all walks of life.”

Chaudhary and Berhe are environmental scientists whose research projects are supported by the National Science Foundation (DEB-1844531 and HRD-1725650 respectively). They wrote of first meeting on Twitter, “where they both sought and found a community of like-minded scholars who are passionate about equity and inclusion in the academy.” 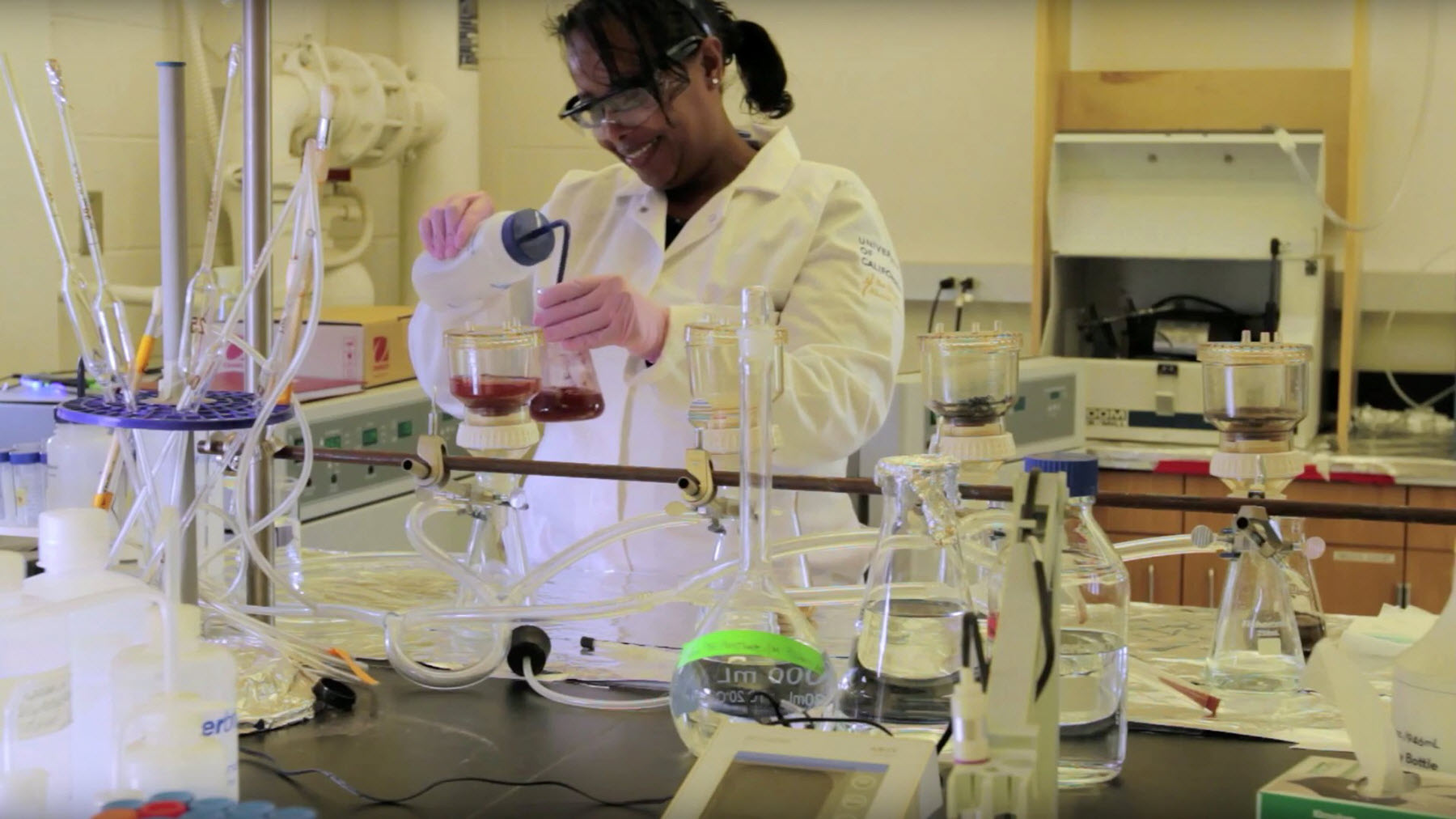 Asmeret Asefaw Berhe, a professor at the University of California, Merced, prepares for a density fractionation procedure in soil science to isolate pools of soil organic matter that cycle at different rates. Berhe leads a soil biogeochemistry research group that investigates the effects of physical perturbations in the environment, such as erosion, fire, and climate change, on soil organic matter dynamics.
Photo courtesy of Hellman Fellows Fund

In fact, they tweeted about working on this paper in early June and garnered more than 950 retweets and 1,400 likes, with scores of supportive comments. The paper was downloaded more than 6,000 times from the preprint server EcoEvoRxiv before it was officially published by PLOS Computational Biology.

“Scientists increasingly acknowledge the problematic lack of racial and ethnic representation of Black, Indigenous, and people of color (BIPOC) in science and are in search of clear actionable steps they themselves have the power to immediately enact,” the authors noted, adding that “building a lab that is antiracist is very different from building a lab that simply avoids racism.”

The steps outlined in the paper range from having principal investigators regularly lead informed discussion about antiracism in their labs to intentionally recruiting BIPOC students and staff; from advocating for racially diverse leadership in science to holding accountable the powerful, as well as colleagues and oneself, in creating healthy workplace climates.

“PIs are uniquely positioned to step up and be leaders in confronting this racism in our everyday work environments,” Chaudhary and Berhe wrote. “Despite the title of this paper, it may not be easy to rectify the long history of racist behaviors and structures that permeate all scientific disciplines. However, as leaders in science, it is our responsibility to take action and simple concrete steps can and must be made toward addressing individual, institutional, and systemic racism.”

They concluded with a call for peers to act now: ‘the work in our labs can begin today—no additional committees, focus groups, or surveys are required.”

- This press release was originally published on the DePaul University website