More than 100 years ago, the neighborhood of Greenwood in Tulsa, Oklahoma was torn apart by racial violence, resulting in thousands of burned-down businesses and homes, hundreds of instances of looting, injuries, and even deaths. The events that took place from May 31 to June 1, 1921 became known as the Tulsa Race Massacre. Despite being one of the worst events of racial violence in the US, there is still debate on the actual number of deaths that can be attributed to the Tulsa Race Massacre.

Intermountain Forensics helps to bring resources, new ideas, and technologies to the forensic DNA community, one that is often overwhelmed with caseload demands. “We’ve worked a variety of cases, from property crime, sexual assault, to very high-profile homicides, but we continue to focus on applying new science to the most difficult cases,” Hellwig tells Lab Manager. “That is our primary mission.”

The lab, which houses six staff members, will work to help identify 14 bodies that may have been victims of the Tulsa Race Massacre. As Hellwig explains, the team will use next-generation sequencing in a variety of different applications on these samples, including genetic genealogy. The quantity and quality of the DNA obtained from the samples will be a challenge in this case, given the age and degradation of the samples. However, the condition and type of samples the scientists will be working with is within the norm of what they are accustomed to, so Hellwig is confident in his team’s ability to get results.

Next-generation sequencing at the forefront

This case highlights how the field of forensic science has evolved, and how next-generation sequencing has been a driving factor. “Every single day there are case solves announced with this technology. From bodies that are now identified after decades of trauma for their family and loved ones to violent crimes like the now-famous Golden State killer investigation, genetic genealogy is changing the game for forensics,” says Hellwig.

This project also offers a unique look into the work of forensic scientists and forensic DNA testing. As Hellwig explains, clients typically require strict confidentiality while working cases. But with the Tulsa Race Massacre work, Intermountain Forensics can offer a level of transparency that is usually unavailable, providing the public a rare, “behind-the-scenes” view into a forensic DNA testing lab. This transparency will be needed as the lab attempts to find genetic links between possible victims and their living family members. “We will absolutely, unequivocally need help from the Tulsa community to be successful,” says Hellwig. In his experience, confirming genetic links to living family members can take years. “But, make no mistake, we will not stop and will take every moment we need to get a positive result,” adds Hellwig 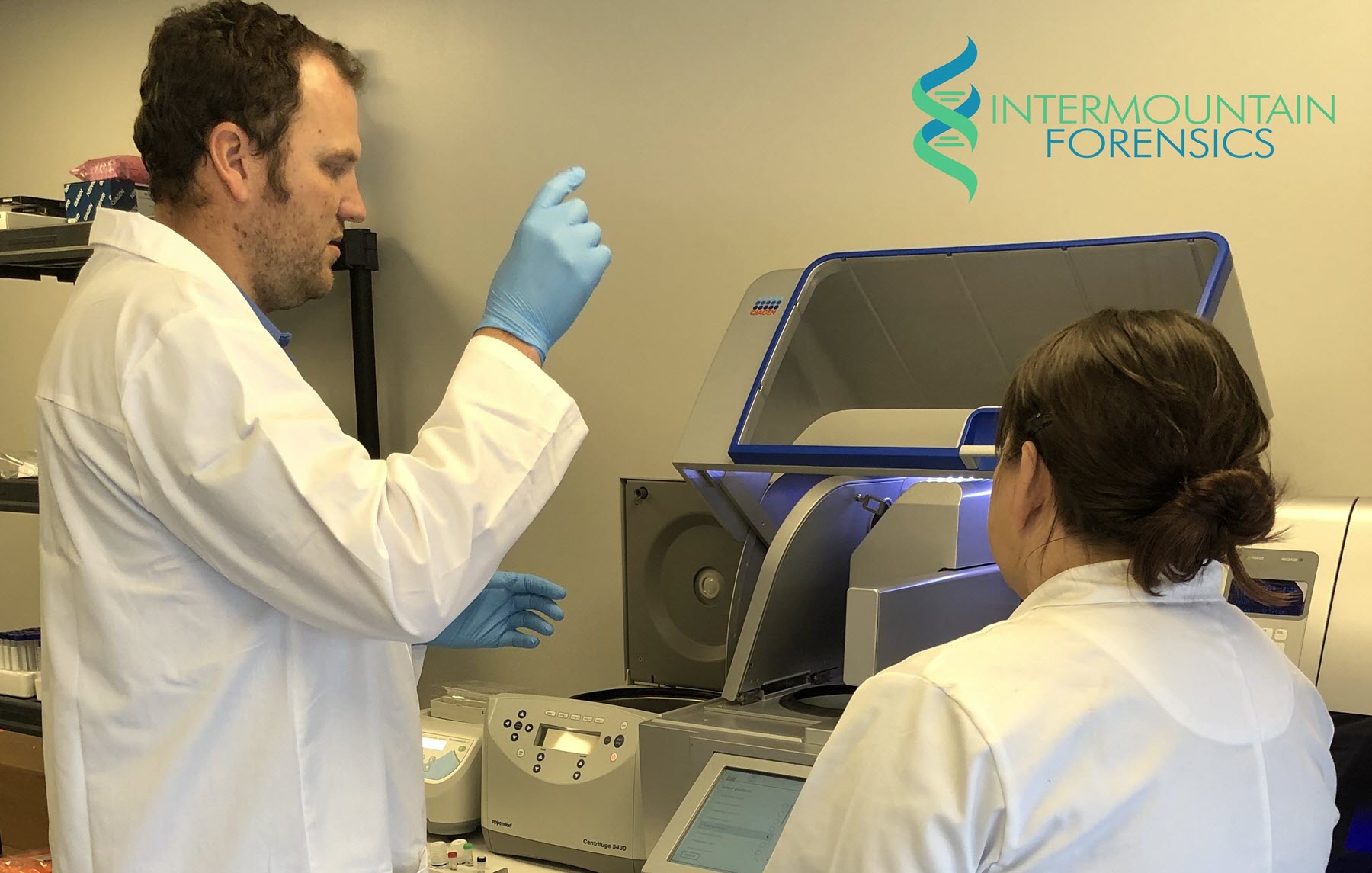