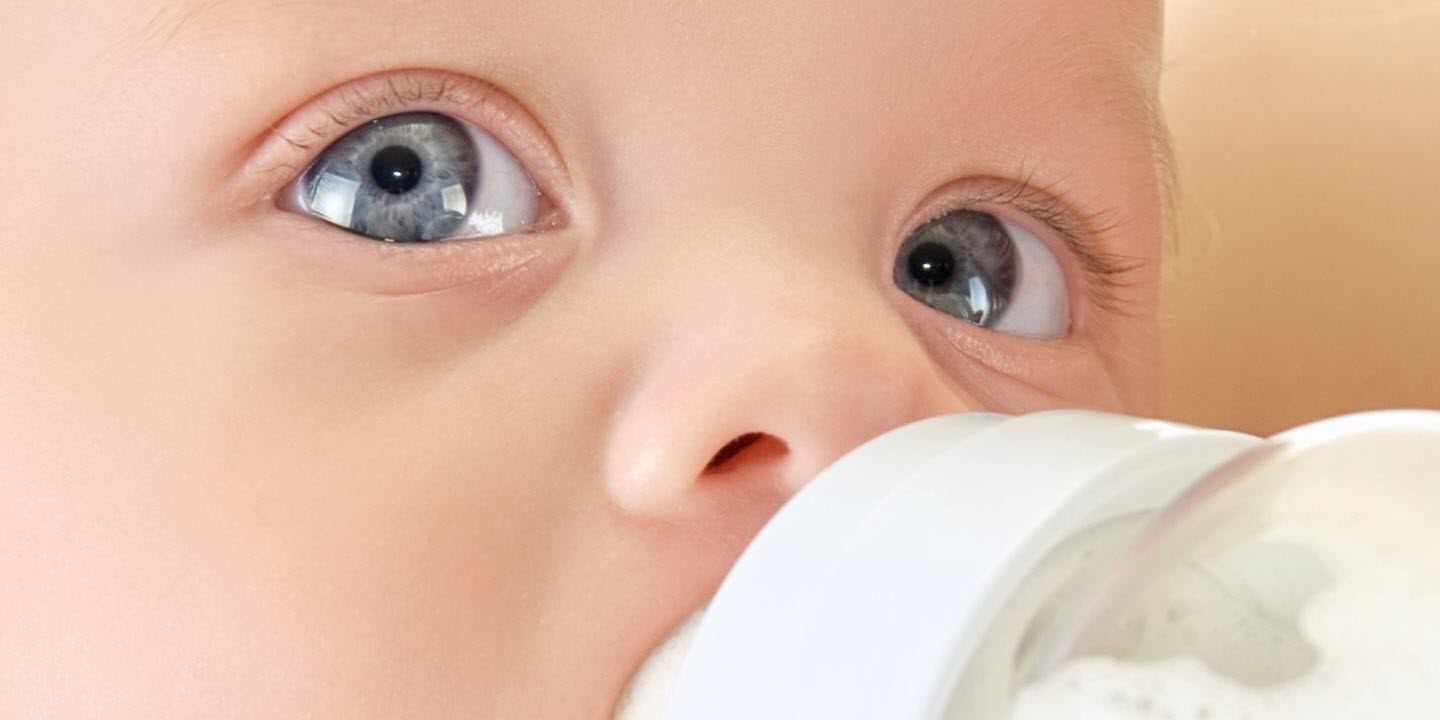 AMBER and Trinity researchers discover infants up to 12 months old ingest on average 1,000,000 microplastics every day from baby bottles, based on World Health Organization guidelines for sterilization and infant formula preparation.
AMBER, and Trinity College Dublin

New research shows that high levels of microplastics (MPs) are released from infant-feeding bottles (IFBs) during formula preparation. The research also indicates a strong relationship between heat and MP release, such that warmer liquids (formula or water used to sterilize bottles) result in far greater release of MPs.

In response, the researchers involved—from AMBER, the SFI Research Centre for Advanced Materials and Bioengineering Research, TrinityHaus and the Schools of Engineering and Chemistry at Trinity College Dublin—have developed a set of recommendations for infant formula preparation when using plastic IFBs that minimize MP release.

Led by Dr. Jing Jing Wang, professor John Boland and professor Liwen Xiao at Trinity, the team analyzed the potential for release of MPs from polypropylene infant-feeding bottles (PP-IFBs) during formula preparation by following international guidelines. They also estimated the exposure of 12-month-old infants to MPs in 48 countries and regions and have just published their findings in the high-profile journal Nature Food.

Studying microplastics through a project of scale

There is growing evidence to suggest that micro and nanoplastics are released into our food and water sources through the chemical and physical degradation of larger plastic items. Some studies have demonstrated the potential transfer of micro and nanoplastics from oceans to humans via the food chain but little is known about the direct release of microplastics (MPs) from plastic products through everyday use.

Polypropylene (PP) is one of the most commonly produced plastics in the world for food preparation and storage. It is used to make everyday items such as lunch boxes, kettles, and infant-feeding bottles (IFBs). Despite its widespread use, the capacity of PP to release microplastics was not appreciated until now. 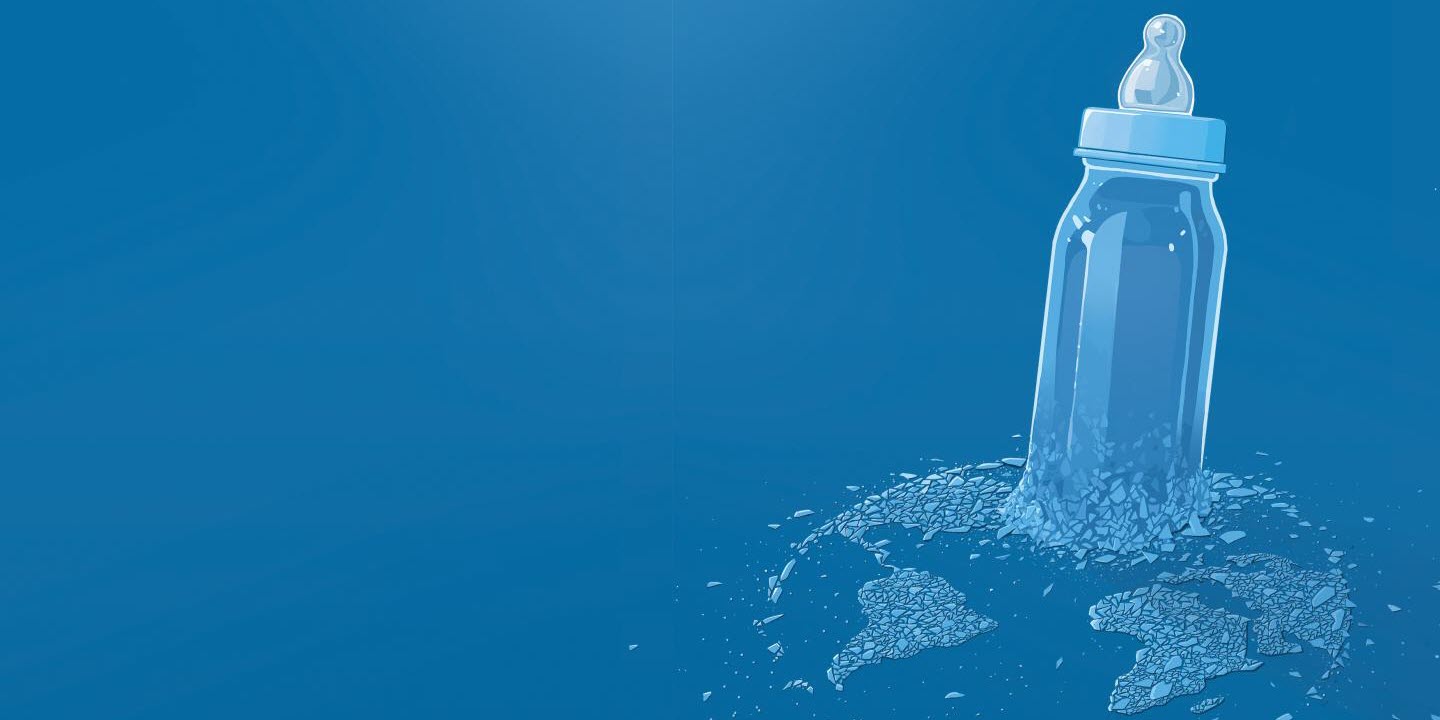 Drawing on international guidelines for infant formula preparation (cleaning, sterilizing, and mixing techniques), the team developed a protocol to quantify the PP-MPs released from 10 representative infant-feeding bottles that account for 68.8 percent of the global infant-feeding bottle market.

When the role of temperature on the release of PP-MPs was analyzed, a clear trend emerged—the higher the temperature of liquid inside the bottle, the more microplastics released.

Given the widespread use of PP-IFBs and the quantity of MPs released through normal daily use, the team realized the potential exposure of infants to MPs is a worldwide issue. The team estimated the exposure of 12-month-old infants to MPs in 48 countries and regions by using MP release rates from PP-IFBs, the market share of each PP-IFB, the infant daily milk-intake volume, and breastfeeding rates.

The team found that the overall average daily consumption of PP-MPs by infants per capita was 1,580,000 particles.

Given the global preference for PP-IBFs, it is important to mitigate against unintended generation of micro and nanoplastics in infant formula. Based on their findings, the team devised and tested a series of recommendations for the preparation of baby formula that will help minimize the production of MPs.

They note though, that given the prevalence of plastic products in daily food storage and food preparation, and the fact that every PP product tested in the study (infant bottles, kettles, lunch boxes, and noodle cups) released similar levels of MPs, there is an urgent need for technological solutions.

As professor John Boland of AMBER, CRANN, and Trinity's School of Chemistry explains:

"When we saw these results in the lab, we recognized immediately the potential impact they might have. The last thing we want is to unduly alarm parents, particularly when we don't have sufficient information on the potential consequences of microplastics on infant health.

We are calling on policy makers, however, to reassess the current guidelines for formula preparation when using plastic infant feeding bottles. Crucially, we have found that it is possible to mitigate the risk of ingesting microplastics by changing practices around sterilization and formula preparation."

"Previous research has predominantly focused on human exposure to micro and nanoplastics via transfer from ocean and soils into the food chain driven by the degradation of plastics in the environment.

"We have to accept that plastics are pervasive in modern life, and that they release micro and nanoplastics through everyday use. We don't yet know the risks to human health of these tiny plastic particles, but we can develop behavioral and technological solutions and strategies to mitigate against their exposure."

Wang, of the Microplastics Group at AMBER and CRANN, said: "While this research points to the role of plastic products as a direct source of microplastic, the removal of microplastics from the environment and our water supplies remains a key future challenge.

Our team will investigate specific mechanisms of micro and nanoplastic release during food preparation in a host of different contexts. We want to develop appropriate technologies that will prevent plastics degrading and effective filtration technologies that will remove micro and nanoplastics from our environment for large scale water treatment and local distribution and use."